So Adobe Premiere Pro CS6 arrived last year, and I have to say it's much improved on previous incarnations. One of the selling points that Adobe are talking about is the improvement to the rhythm of the edit. Something that Apple tackled with great gusto with the release of Final Cut Pro X last year. Adobe haven't disappointed in their response.

In this article we're going to have a look at a new editing workflow in CS6 that will really speed up and simplify the rough cut for any editor.

OK, so let's stop and look at this new improved Project Panel. First thing to notice: the 16:9 icons, much clearer than in legacy versions, with less clutter. 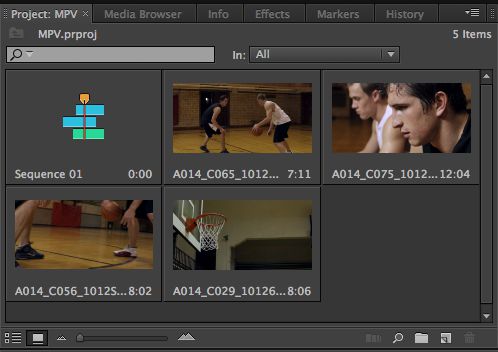 Using the zoom icon in the project panel, enlarge the icons so that the shots details are much clearer. 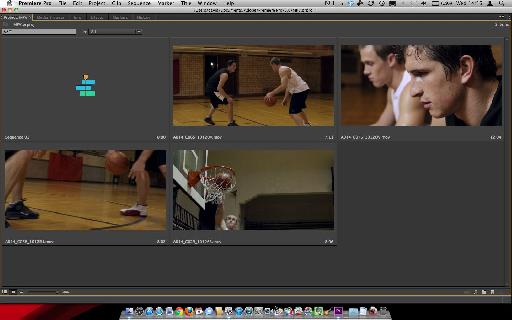 Move your cursor over the first icon and drag your mouse back and forth to activate the new feature known as Hover Scrubbing. This great new addition allows the viewing of a shots contents directly in the Project Panel, instead of loading the shot into the Source monitor first. For anyone familiar with FCP X this feature is the same as Skimming.

Time for another really cool new feature. Click on the first clip you just hover skimmed. A new Mini Timeline appears at the base of the icon. Again, this mini timeline is designed to prevent you needing to open a clip in the Source monitor first. 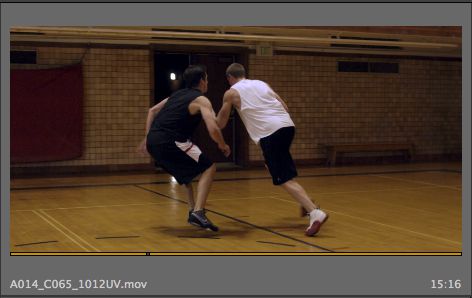 The hover skim feature is not available with the mini timeline, however the playhead position can be scrubbed, also Space and J, K and L all work as normal here to.

Use the mini timeline and find the in and out points on the clip. Use I to mark the in and O to mark the out (still never used the source monitor yet right?) Continue on to the other clips marking them in the same way, until all your clips are ready for a rough cut.

Step 5 - Put the Shots in Order

Now each clip is marked in the project panel, (and we still never had to waste time loading any in the source monitor, thank you Adobe) they can be placed into an edit order before being added to the timeline. 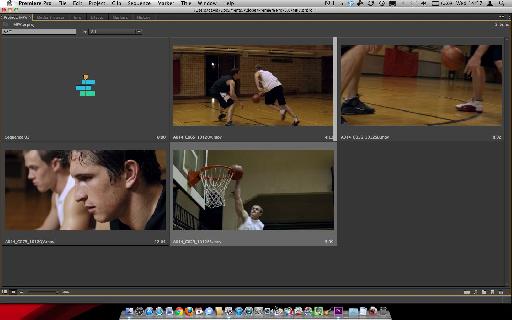 Step 6 - Add the clips to the timeline

Once the shots are in edit order, select all the shots you intend to edit by using Control-click or Shift-click, whichever is appropriate. Make sure that any shots not yet required are left out of the selection. 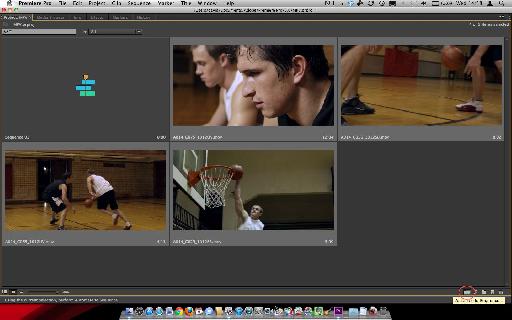 Once the clips are selected click on the Automate to Sequence button at the foot of the project panel.

A window appears full of questions about your automated edit. To achieve a rough cut, you basically want to place all the selected clips at the start of the timeline, with no transitions etc. Here are the typical settings you need to use. So now your edit is in the timeline and you really need to see how it has worked out for you. Before playing the edit back, there's one more new feature to explore. If you have used Premiere before, you will know that selecting the Output monitor and pressing ~ made the panel fill the screen. Not proper fullscreen playback though right? Now in CS6 pressing Control-~ will give you proper fullscreen playback. It's taken Adobe a long time to bring that one about, but I for one am grateful.