A great many of the improvements Adobe have made to Premiere Pro with the release of CS6 are in relation to workflow. One aspect of these changes that deserves particular attention is the new layout and functionality of the Three Way Color Correction Filter. It could be argued that in previous versions, the Three Way filter was lacking in simplicity, and had some frustrating issues. So let's have a little look at what Adobe have done and see just how big a difference these improvements will make to you.

Step 1 - Set up for Color Correction

Start by opening the Window menu and choosing Workspace > Color Correction or by pressing Option-Shift-2. The layout will adjust to support the color correction workflow better. 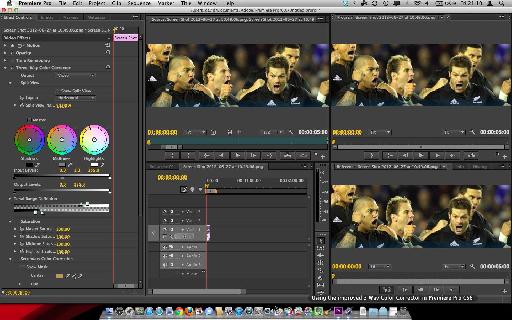 Search for the 'Three Way Color Corrector' filter in the Effects Tab.

TIP: Typing '3 Way' will not produce any results. Apply the filter to some footage in the timeline in need of correction.

One of the first things to notice is that the color wheels are positioned much closer to the top of the Effect options, making it easier to access quickly. In previous versions of Premiere, the three controls worked independently form each other. The addition of a Master checkbox means now that the three wheels can be modified at the same time if necessary. 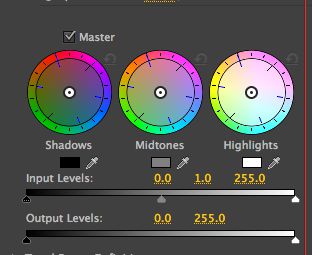 Activate the Master option and use the three color wheels to adjust the color cast affecting the footage across all tonal values.

Another improvement sees the end of individual Input and Output levels (or just 'Levels') for Shadows, Midtones and Highlights. Replaced with instead a more efficient and less complex single master slider that controls the overall settings. 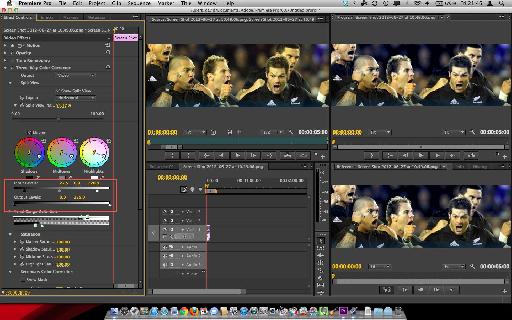 Use these arrows to increase the contrast range of your footage, giving it a richer look. You will probably find that the most impact using this feature can be gained by adjusting the Grey mid point arrow.

TIP: always set the Black level first, then the lighter levels as the black level has a far stronger pull and may affect other settings when modified.

So we have adjusted the Hue via the Color Wheels and the Luminance via the Levels controls. Now we can adjust the saturation of any tonal range that may be causing a problem, or need a boost.

CS6 allows for the separate adjustment of the Saturation of Shadows, Midtones and Highlights independent from the selected tonal range, unlike previous versions. This saves a lot of fiddling around and to-ing and fro-ing elsewhere in the Effect Controller to make sure you can adjust the correct values. TIP: If the skin tones on the screen need a boost or cooled down use the Midtone Saturation value.

There have also been some major improvements to working with individual settings as well. None more so than with the Color Wheels. Turn off the Master checkbox and experiment with the three color wheels independently. Try dragging the Shadows towards Green/Blue (about the 5 o'clock position) and the Midtones towards Orange/Red (about the 11 o'clock position) to emphasize skin tones. Experiment with the effect of different colors in the Highlights wheel. 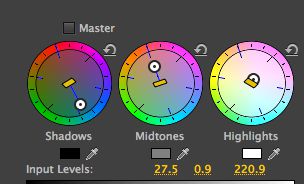 Above each wheel is a curved Reset arrow. These reset each wheel individually, a massive improvement form before where using the reset button resulted the loss of any prior adjustments on all the wheels. You should feel free to experiment all you want now.

These are in no way all the improvements, and perhaps the Three Way Color Corrector deserves more time to be spent on in in a future article. For now though I for one am very glad to see the makers at Adobe taking the editors workflow so seriously.