It might be only a point update, but those who’ve been experiencing CPU spikes caused by external MIDI inputs, ASIO drivers, scrubbing clips, etc., in Live 9.6 will be happy to get Live 9.6.1 downloaded.

There’s also been a couple of bug fixes for Live crashing or freezing when exporting audio, control surface errors when using Remote scripts, an changes to help APC40 and Launchpad Pro users make the most of their devices.

But the improvements don’t stop there. Push 2 users can enjoy the ability to transpose the note played by a pad, clips not pulse in their assigned clip color (not just green). There’s also been improvements to waveform zooming behavior, fades in Simpler, and there’s improvements for Push 1 owners too. 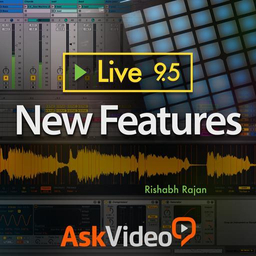 Dream It. Do It.
Do you want to learn New Features?
Yes, I want to learn!
No Thanks, I just want to read the article.
Feedback
How are we doing?
We'd love your thoughts, feedback and questions regarding our new site. All feedback is appreciated!
We do not respond to this form! If you need support, please visit our support page.
Thank you for your input!
Your message has been successfully sent
Course Advisor
Don't Know Where To Start?
Ask A Course Advisor