I originally began using Ableton not for the need to compose music, but the need to remix music. I was happily using Nuendo when I first gave Ableton a chance, and at the time, and probably still, it lacked what I longed for to easily, and quickly remix.

During this time, I was remixing two to three tracks a month for money, and they needed to sound good, but also needed to be done on time. Ableton's ability to allow you to record arrangements made up of clips was exactly what the doctor ordered because I was able to easily and quickly make looped segments and then record out arrangements.

Almost sounds too good to be true, doesn't it? Well, this is one of those few moments in life where it is actually that good and that true!

In this tutorial, I'd like to show you how to take the regular stems that bands give out for remixes and how you can use Ableton to quickly and easily make those stems into brand new arrangements, while still holding on to the original arrangements.

Step 1 - A Little Organization Before Beginning...

Remixing the songs of others is a blast, but there is some tedium to it. You need to get all the tracks lined up, in tempo and then cut and paste them make a new arrangement.

With Ableton, I'm only going to import my stems into the arrangement view. I don't need to worry about the tempo of each track, as Ableton's Warp engine is extremely good at pitch detection, especially when it's an electronic track, which is the case, currently. In situations where the warping is off, you may need to go in and do some custom warping of your own. You can find many tutorials on Ableton warping on macProVideo.com. 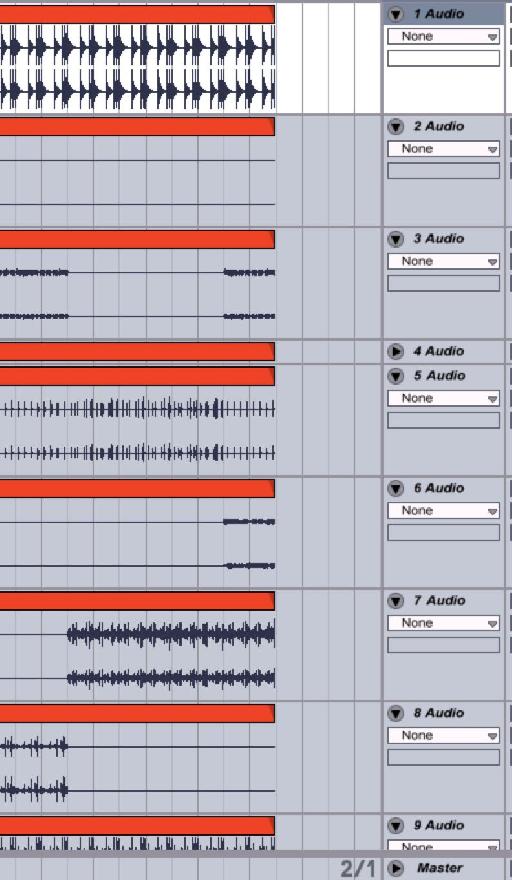 Once all of the stems are brought on their own tracks, I'll go through and label each track according to the name of the audio file. Normally, files will be labeled properly. This isn't the case, with this particular remix. I just listen, and name based on what I hear.

Once the labeling is done, I start color coding things. I find that color helps me when eyeballing later. Red tends to be for rhythm tracks, light blue for vocal tracks, yellow for loops, green for synths, magenta for bass. Come up with a system that works for you!

Now for some slicing and dicing. I start going through the song and dividing up the song into the basic composition. For example: I highlight the beginning of the song, and copy it with the Command-C key command. I make sure to highlight the whole area, in length, of each section. This way, Ableton will annotate where the section starts and stops within each clip. I'll also use the Command-L key command to place the Loop brace at the beginning and end of each section. This also lets me see where the last section started and stopped, and makes it easier for me to keep track of what I've taken. 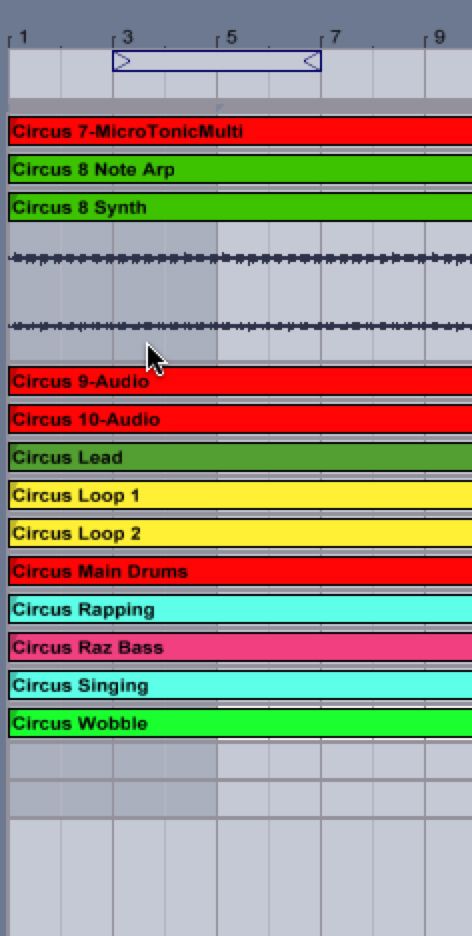 Once I've copied a section, I'll put a marker next to it with the label of what that part of the song is. In this case, it's the intro. The markers will be deleted later, this just lets me know what I've copied, and what I haven't, in case I'm interrupted. 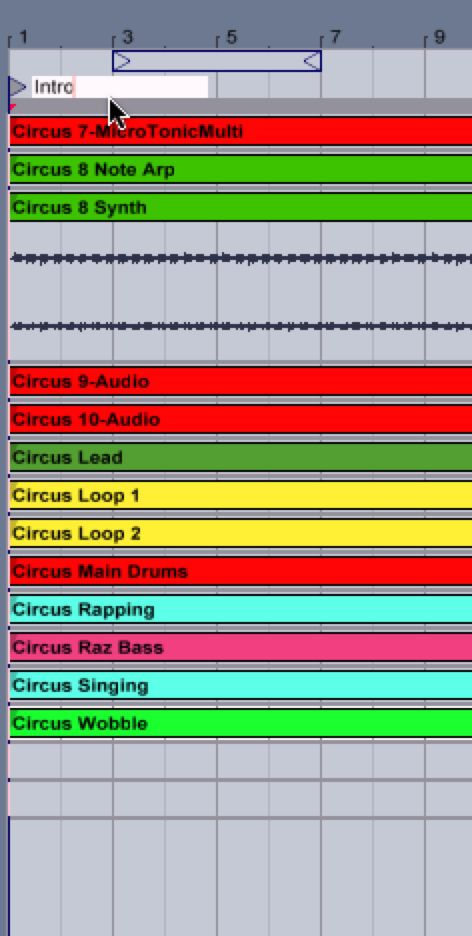 After labeling my markers and copying, I'll paste the section within the Session view of Ableton in to a single scene. Each copied section goes in to an individual scene. You'll notice that it copies over a clip for each track.

All tracks aren't needed on each scene, so I'll delete the tracks that don't play anything within this section, then label the scene.

An even easier method is to right click on the Start, or End Marker and select Loop Current Region from the Contextual menu.

There will be some cases where you'll have a section that repeats within the song. For example, one chorus may be exactly the same as another. In these cases, don't feel compelled to waste a scene on a repeated section, just copy the next section that you don't have as a scene.

Once you've completed copying each song section in to individual scenes, move on to the next section.

Once you have all of the different parts of your song in to individual scenes, it's time to record out your arrangement. Sometimes, before recording the arrangement, I'll practice out what I want, just to see if I get any new ideas. This is entirely up to you, and remember, you can always go back and re-edit the arrangement.

To get things started, I'll press the Record button at the top of Ableton...

When I'm ready to begin, I'll simply press the Scene Launch Button that I want to begin with. From here, I just launch different scenes, until I'm ready to stop and edit. But, the ground work is done, and it didn't even take that long! 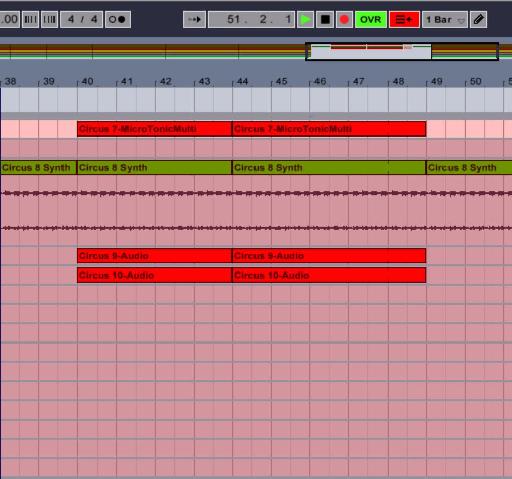 Bottom line: Ableton excels at allowing you to mix and match sections of songs. Try it out on your next remix, or maybe even try remixing your own songs!