All Articles Synths & Sound Design
Designing Menu and Button Sounds for Video Games in Ableton Live
G.W. Childs IV on Fri, December 27th 0 comments
Language
Possibly the most fun any sound designer can have is in designing chirps, clicks and pops for video game menu interfaces. G. W. Childs scrolls through the ins and outs in this tutorial.

No doubt you’ve heard the quick little chirps and clicks as you’ve selected buttons, options and scrolled through settings within your favorite video games. Menu sounds are often overlooked, but provide a bit of polish that goes a long way. When menu sounds are created thoughtfully, and with the game/player relationship in mind, they can also really help immerse your audience.

And, yes, it’s true, making short, quirky sounds isn’t exactly rocket science. But, you’d be surprised at how many sounds can be completely written up and booed by testers on the game, if even one menu sound does not work, or is out of place. And, if a sound is written up, and enough testers back the removal, your sound goes bye-bye. But, even worse, a finger gets pointed at your work amidst all the other things going on within a multi-million dollar video game. And, a sound designer never wants that.

The bottom line is that the menu sounds need to be created to be subtle enough to fly under the radar of consciousness, and at the same time, fit the ‘essence’ of the game that you’re designing sound for. Let’s go over a few of the types of menu sounds you will need to make and some of the methods/examples for making sounds like these.

As you move through either an options menu, or a main menu at the beginning of a video game, you’ll usually notice a sound that is produced each time you scroll from option, to option. This type of sound can go under many different names, as you move from developer to developer. For the moment, we’ll call this a scroll over sound.

Because this is a sound that is produced every time you move a cursor throughout the menu, or highlight a menu option, it needs to be very, very subtle. In fact, scroll sounds aren’t always even used.

Small ‘tick’ sounds, similar to the ticking of a clock are great for this type of sound.

Try something like this: Record yourself making single key strokes on a laptop...

You’ll notice that there are actually two clicks in this recording. The press down and the sound of the key moving back up in to place on the keyboard. I’ll remove the first click in Ableton... 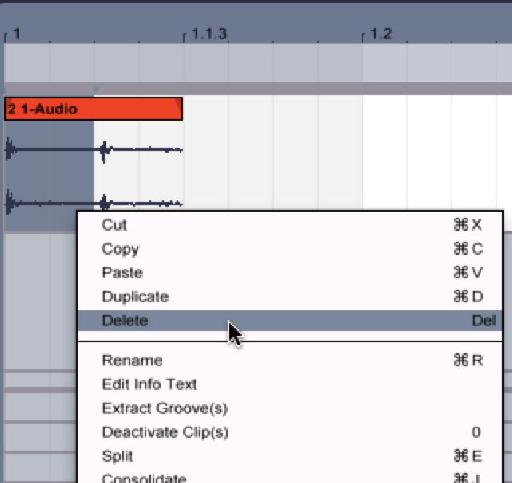 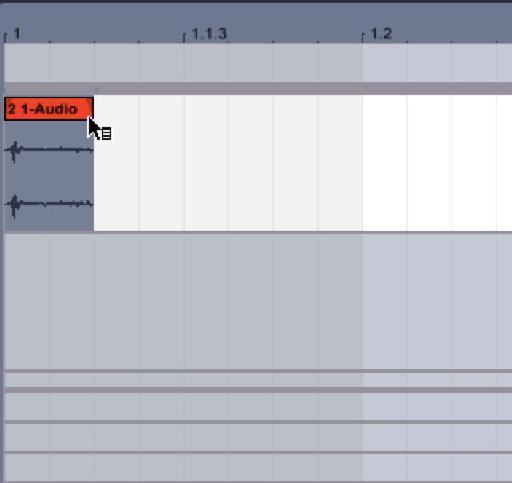 Then, I’ll pitch the second click up 37 semitones. This takes care of a few things for me. It eliminates many of the undesirable mid range frequencies, making the sound more crisp. Also, it’s a little, less real world, and sounds more like a video game. Additional effects processing can be added, like a high pass filter, or a band pass filter to make this sound a little more innocuous. 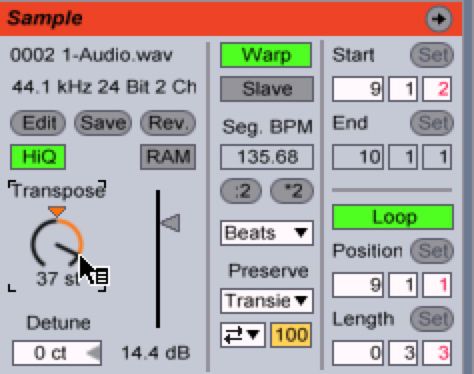 Also, a light reverb can really add some air into the sound, if the menu is meant to be a little more ethereal. A flange can make the sound much more robotic/gamey. But, remember, keep it short and slight. You don’t want to draw too much attention to it.

Let’s hear the final sound with pitching, and no effects...

Another important sound within a video game menu would be the option select sound. In some cases, depending on how the menu is set up, this can also wind up being the game launch sound as well. This the sound that occurs when you move through a video game menu, and press the button to activate a menu option.

This sound should generally be a little brighter and give the impression of success, or at least compliance. Brighter sounds are often used, but again, this really depends on the type of game you’re working on.

Bells, either synthetic, or organic are frequently used for this type of sound. This is predominantly because bells are often associated with success. Not having a bell around, I’ll go with a glass chink recording...

If you play a lot of video games regularly, and pay attention to these menus at all, you’ll note that activation sounds, while bell-like, are often a little more complex than just a simple bell. In fact, in most current games, there’s usually some type of modulation that occurs.

This is one of the many reasons I like using Ableton for these kinds of sounds. It allows you to really manipulate natural sounds in very strange ways. For this sound, I’m going to use the Warp markers on my bell sound to stretch it out a little... 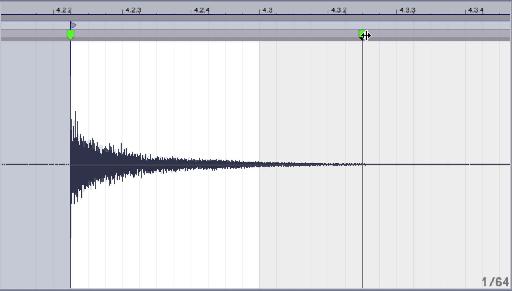 In this particular instance, I get some really cool modulation just from the quirkiness of Warping...

From here, all that’s needed would be possibly a little chorus, to warm it up, and maybe a little light EQ. Otherwise, it’s a neat, clean menu activation sound that definitely gets the point across.

Recorded Sounds, as Opposed to Synthetic

You’ll notice that, for both types of sounds so far, I’ve used recorded audio, as opposed to synthesized sounds, from a plug-in. There is some methodology behind this. I learned a while back from the great Ben Burtt (sound designer for Star Wars, Raiders of the Lost Ark) that people tend to respond more and be more at home with recorded audio. And, even if the audio is manipulated, there’s still a kernel of the original audio there that can be picked up by the sub-conscious mind.

I don’t use recorded audio for a lot of my sound design, but for menu sounds, I’ve had the most success when I have gone organic. As I mentioned before, people tend to want menu sounds that are short and almost unnoticeable. Every day sounds are perfect for this because they are sounds that people hear every day... Just slightly manipulated.

So, if menu sound design is something that perks your interest, try out some of these simple ideas. As you’ve probably noticed, it’s not really about complexity, it’s more about what feels right.

I would also highly recommend that you get into the habit of paying attention to new trends in menus. If you’re able to create something that feels more modern, and ‘now’, you’re much more likely to be hired, and hired back. 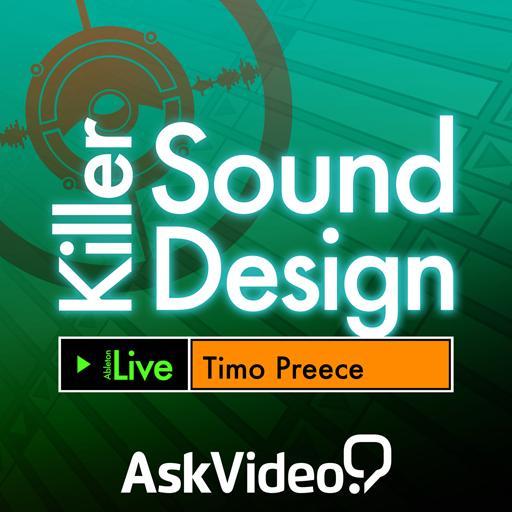