All Articles Ableton Live
Fun with Follow Actions in Ableton Live, Part 1
Rory Dow on Wed, September 5th 0 comments
Language
If you haven't yet used "Follow Actions" in Ableton you're in for a pleasant surprise. Get ready to be inspired as Rory Dow takes you through the ins and outs in this 2 part series with audio examples

Follow Actions are an often overlooked feature of Ableton Live but they can be a source of great inspiration and add an element of unpredictability to your Live sets.

[Editor's Note: This is a 2-part series, find the link to part 2 at the end of this article.]

A Follow Action is a clip property that defines what will happen, within a group of clips, after that clip has finished playing. A group of clips is any number of clips arranged in successive slots on a single track. 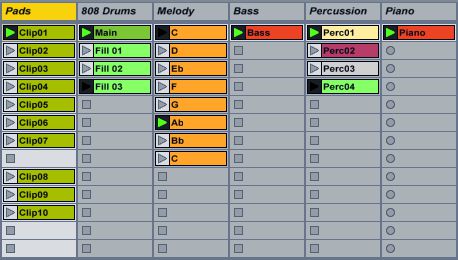 Follow actions work within groups of clips. In the first audio track here, we can see two groups: Clip01 - Clip07 make one group and Clip08 - Clip10 make another.

Follow Actions are unique for every clip and are found in the Clip View under the Launch tab.

There are three sections to the Follow Action properties.

Now comes the fun bit, let's look at some practical examples of how we can use Follow Actions.

Set up a group of four clips as follows: 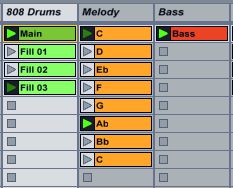 On the track '808 Drums' we can see our setup, one main drum pattern and three fills.

Select Clip 01 and edit the Follow Action properties as follows:

Now select all three fill clips. We can batch edit the Follow Action properties by selecting multiple clips because in this case we want them all to have the same properties. Set them all as follows:

You can hear the fill being randomly selected after every three bars of the main drum pattern.

Create a group of MIDI clips that make up a single octave of any scale you like. Each MIDI clip should contain a single note from the scale. Start with the root note and go up to an octave above. 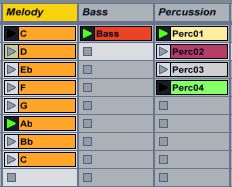 In the first track, we see the C Aolean scale with each MIDI clip containing one note of the scale. The Follow Actions will play the scale.

Now select all the clips. They're all going to have the same Follow Action settings so we can do them all at once. Set them all as follows:

Each clip is set to trigger at 16th note intervals. We could simply set Follow Action A to play a random clip, but let's use the Chance parameters to inject a little structure into the randomness. Set A to 'Play Other' and B to 'Play First'. Then set Chance A to 2 and Chance B to 1.

As you can see, Follow Actions can be highly creative and a lot of fun. They are perfect for injecting some unpredictability into your compositions and are yet another way to come up with structures, drum patterns and melodies that you would never dream of yourself.

Join me for part 2 soon when I'll be going through yet more examples. 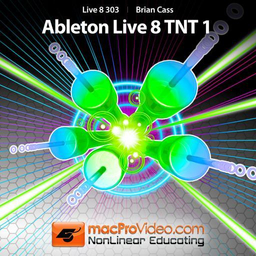