All Articles Ableton Live
Simple Duplication Trick for Better Beats in Ableton Live
G.W. Childs IV on Mon, November 10th 0 comments
Language
Don't get stuck in one repetitive kick and snare groove. Ableton Live's duplicate feature can be a simple way for beginners and veterans alike to help freshen up their beats. Here's how.

In dance music, it's really easy to let yourself fall into the habit of just letting the kick and snare continue on with the same beat, over and over again. And, while one could respond with, '˜It's just dance music!', repetitive beats get really old. This is especially true when they are programmed. Ableton has a great function for getting out of this habit. And, this '˜function' can also help you along the way of sounding like a real, drum programming pro, if you use'¦ the Duplicate button. Let's see it in action. Now, bring up a drum rack, and set your tempo to 80 BPM.

If you double-click in a scene slot, within Ableton Live, a clip will appear. Though, it's important to note that this is only a 1 measure clip. Very repetitious! However, this one measure loop is good. Starting off small and building out is a great way to build a sick beat. 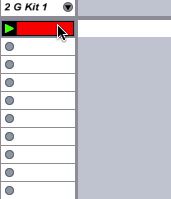 Once this clip is in your sights, press Play on the clip and then double-click on the clip, within the Session view, to go into the Ableton Clip editor, which appears at the bottom. Generally, the Note Editor will already be up. However, if you find yourself in Envelope Mode, just press the small musical note button under the clip section.

Now, narrow, or widen the Grid, using the Command-1 or Command-2, shortcuts, so that the Grid shows a 1/16, in the lower corner. 16th notes, or 8th notes are a great way for starting out, as they are the basic building resolutions for almost all modern drum beats. 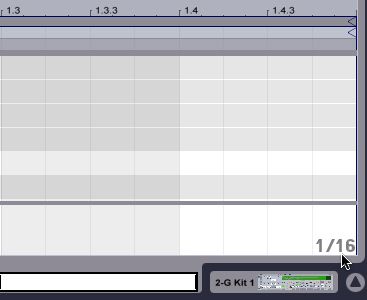 Draw in your snare hits now at 1.2, and at 1.4. This is your basic snare pattern as it will occur'¦ for the first measure. To draw in a beat, just double-click in an empty grid square or use the pencil tool.

Once you're hearing the familiar, and constant, beat of a snare drum, it's time to add in some kick. Sprinkle some in, to your particular taste, or you can copy my pattern from below.

Okay, we've got a basic pattern. Now, let's use duplicate to our advantage. Go ahead and Dupl Loop in the MIDI Note Editor, and notice that we now have 4 snare hits, letting us know that our pattern has been doubled in size, also displayed in the Notes section's Loop Length. Now, simply move a couple of kick drum hits around in the new, duplicate section, while the loop plays.

And, for an added bit of variation, draw in a snare hit at the end of the loop to add in a little realism and variation. 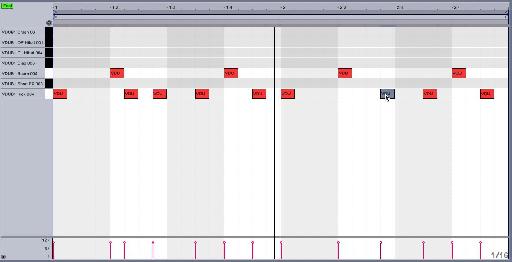 From here, you just press Dupl Loop again, and modify the new pattern repetition, until you get a drum loop with the length, feel and variation that you really want. I usually try to get a main drum loop, for myself, up to at least 4 repetitions. And, that's just for a basic drum beat for building the basic song. Once I've finished the arrangement, I'll sprinkle crashes, additional fills, breaks and more in to add more dynamics. Either way, the duplicate button is really helpful, and helps make what can be a tedious job, much easier. 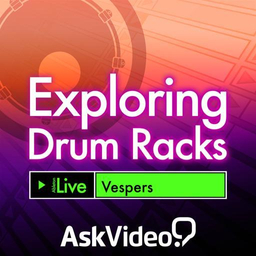 Dream It. Do It.
Do you want to learn Exploring Drum Racks?
Yes, I want to learn!
No Thanks, I just want to read the article.
Feedback
How are we doing?
We'd love your thoughts, feedback and questions regarding our new site. All feedback is appreciated!
We do not respond to this form! If you need support, please visit our support page.
Thank you for your input!
Your message has been successfully sent
Course Advisor
Don't Know Where To Start?
Ask A Course Advisor