All Articles After Effects
Adding a Custom Text Animation to a Promo in After Effects
David Smith on Sat, September 7th 0 comments
Language
In this article David Smith shows you how to add a Channel ident. to a video, by creating a custom text animation in Adobe After Effects.

This article follows on from a previous article, 'Animating a 3D Text Path Promo in After Effects'. In it we created a short promo video advertising the start of a new TV show. In this article we are going to add the Channel ident. to the video, by creating a custom animation. We will also save that animation as a preset in After Effects so that it can be used again later. Don't worry if you haven't created the project in the first article as this can be done on it's own.

Select the Horizontal Type Tool or press Command-H and click on the Composition video to add a second text layer. Type in 'Wednesdays 9pm on 5'. 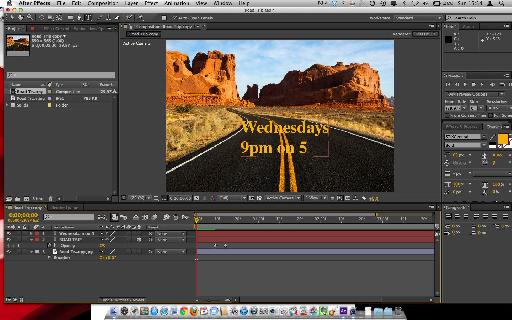 Add a line break before '9pm on 5'. This will become the text that animates, but before that we will format the text. Move the CTI to 00:00:02:02 so that the animated text is fully on screen, so you can see the size and position required. Set the Font to Impact, set the size to 44px and the Tracking to -16. Position the text somewhere appropriate.

Select the second line of text. This time set the Font to Impact, set the size to 63px and the tracking to -17. 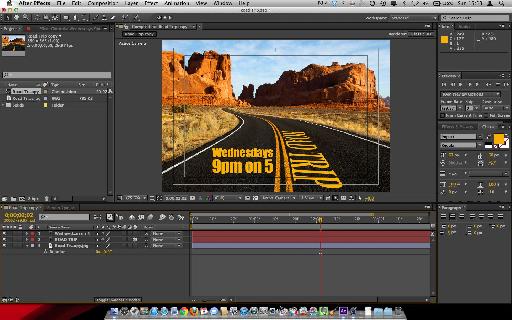 To help make the text feel like a single unit we will also adjust the leading. set that to 58px so that the two lines sit closer together, and the text forms a pleasing rectangular block.

Open the parameters for the text layer and click on the Animate button in the Text parameter to open the menu. 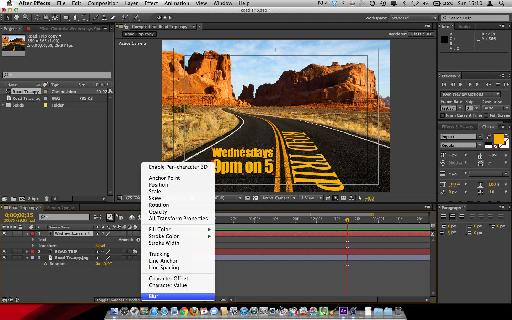 From the menu choose Blur. To start with we will blur the text onto the screen.

In the Timeline a new parameter appears named Animator 1. Set the Blur value to 300.0 on both the X and the Y parameters. This will result in the text disappearing (you might notice a slight yellow fog). 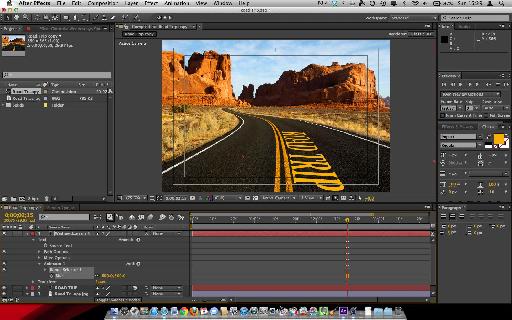 We can leave the Blur set like this, and animate the Range Selector to bring the text into view when required.

Step 6 - Animate with the Range Selector

Open the Range Selector 1 parameter and move the CTI to 00:00:01:20. This is where the text will be visible. Click on the Time-Vary Stopwatch to add a keyframe and set the Offset value to 100%. The text will re-appear on-screen. 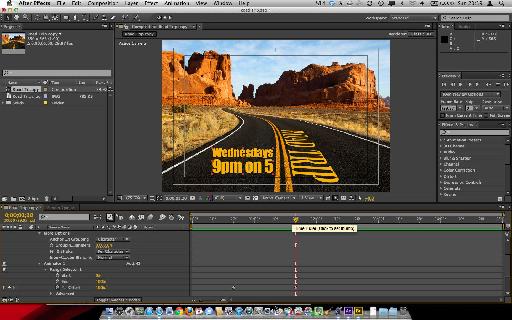 Now move the CTI back 1 second by typing + -1. (you need to type in the + to make this work) in the current timecode field and pressing RETURN. Here change the Offset value back to 0%. Doing this will result in the text animating in from the blur over a 1 second duration. By using the Range Selector each letter is animated in in sequence, which looks pretty nice in my opinion.

It's possible to add another animated parameter to Animator 1, however the Range Selector 1 will ensure both animations are applied together, which is not what is required. To avoid this first re-select the text layer. 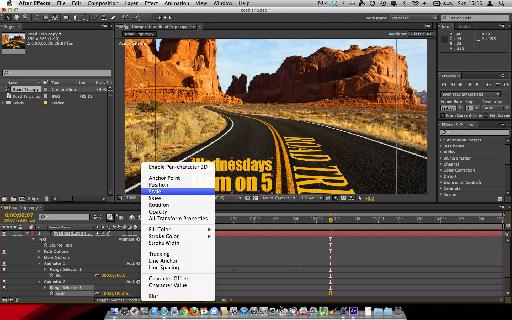 Use the Animator option in the Text parameter to add the animation Scale. 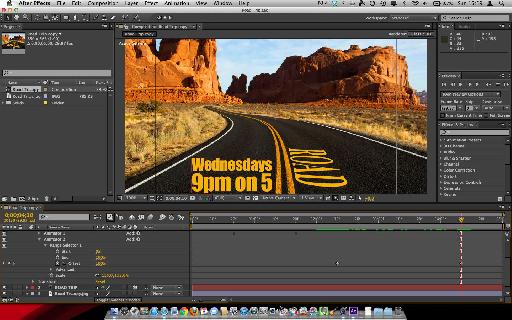 Add a keyframe to the Range Selector 2's Offset parameter and set the value to -100% to remove the scale effect. Then move the CTI 2 second forward by typing +4. and set the Offset value to 100%. When you play this the text grown letter by letter, then shrinks again letter by letter.....nearly there!

Step 9 - Grow and Shrink each letter

So the last stage is very simple, however very effective. The Range Selector in Animator 2 is set to start at 0% and end at 100%. This means that the scale animation is being applied from the W of Wednesday (0%) to the 5 at the end (100%). 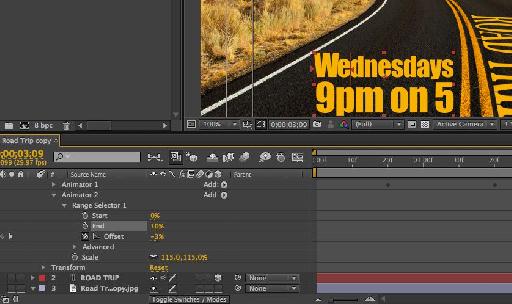 Close the Animator parameters, for tidiness and select the Text parameter. 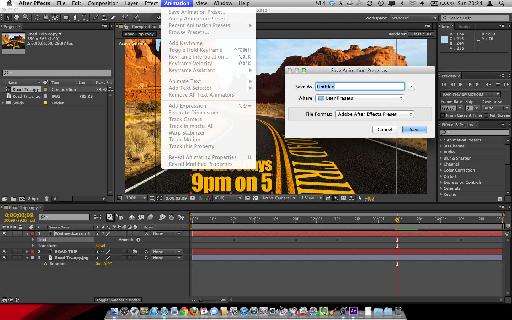 Choose Animation > Save Animation Preset. Name the animation Road Trip Ident and save it somewhere you will find it in future. Now both the Blur and the Grow effects can be re-applied in one step to any other text layer in After Effects in future.