There's more to working in Adobe After Effects than just prepping files, organizing assets, animating layers, and applying effects. As if that weren't enough, the After Effects artist also has to create some sort of final output, whether for further processing elsewhere (compression for broadcast or disc, for example) or direct delivery via YouTube or any of the seemingly thousands of other online video sites. But even though this final delivery is an essential part of the process, many new After Effects artists find the program's many output options confusing. In this article, we'll show you the basics of navigating through the dense thickets of After Effects' Output Modules and Export settings.

Now, assuming you've tweaked and previewed your animation to its final state, you're going to need to render it out to some sort of file to save and share it. One of the simplest forms of output rendering is to create a RAM Preview—which you've probably done anyway to test your final animation—and save it to disk. If you have enough RAM to preview your entire animation, you can save those cached frames as a complete QuickTime movie without having to do any further rendering by choosing Composition > Save RAM Preview... and saving the movie.

Save RAM Preview always saves your render as a lossless QuickTime movie using the Animation codec (compressor). By saving it as Lossless (which means that no image data is lost from the original RAM Preview) you're saving the movie at the highest possible quality, so it can be processed further later with the minimum amount of degradation. Professional broadcast facilities often want animation content delivered to them in a lossless format for that reason.

However, lossless files are generally huge, and tend not to play in realtime on most computers. To reduce both the file size and make the movies more playable for final consumer delivery, they need to be compressed to a more lossy format. Lossy compression means, as you can probably guess, that some image quality is lost. But the files are much smaller and more easily uploaded and downloaded—an important consideration for YouTube, for example.

Choosing an output format always involves some kind of compromise between image quality and file size, which is why After Effects has so many output options and presets; you might need any of them for any particular job.

Moving up the complexity ladder, let's take a look at the Export Settings (File > Export). There are only a couple of formal Export Settings in After Effects and they're fairly simple: You can export your animation as an Adobe Flash Player SWF file, which contains additional code that lets the animation play in a browser. The other export options don't really render anything. T›hey're for exchanging your After Effects project with Premiere Pro or Flash Professional.

While this export may be useful for outputting simple animations to browsers, in most cases you'll be better off exporting SWFs from Flash.

The Render Queue and Output Modules

Items in the Render Queue will have your default Output Module assigned as its output format, and it's here where the choices multiply. Clicking next to Output Module will let you choose any of the modules already saved. You can also click on the active Output Module's name to open the Output Module Settings dialog.

Here you can customize or create your own Output Modules, choosing from one of the many basic formats available, including QuickTime, various flavors of MPEG, image sequences, and more exotic professional formats.

Once you've selected a format, you can go into the Options for that format and customize it further, perhaps by choosing a specific codec (QuickTime alone has over 50).

Once you've chosen a codec, you can specify data rates and compression qualities by clicking Format Options.... As mentioned, any compression settings you specify here will be a trade-off between file size and image quality, and you'll probably need to experiment to find the best settings. In any case, once you've found the settings you need, you won't want to have to recreate them every time you render, so you can save them as a custom Output Module by choosing Edit > Templates > Output Module...

A good place to start is by duplicating one of the existing Templates, then clicking Edit... to customize the dupe to your liking. Once you've saved your custom module, you can make it your default Output Module by choosing it from the Movie Default list at the top of the Templates window. After that, every comp you put into the Render Queue will use that output format.

And those are the basics. In most cases, you can use the existing templates to render your animations, but now at least you know how to make your own if needed. 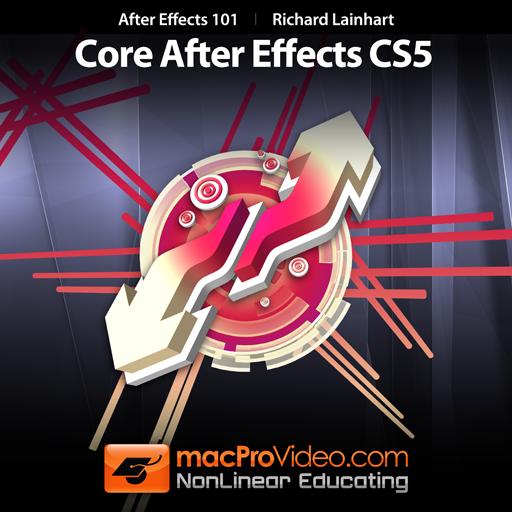