All Articles Mac OSX
5 OS X Lion Settings Snow Leopard Users Will Love
Francesco Schiavon on Sun, July 31st 1 comments
Language
A Leopard cannot change its spots - or so the saying goes. If you've upgraded to Mac OSX Lion there may be some additions (& omissions) that you don't like! Here are 5 settings you can change in Lion.

Now that OS X Lion has been out for a few days, there are long time Mac users who are finding some of the new features or defaults a bit confusing or just plain annoying. The good news is that most of those changes can be either reverted via some sort of preference, or by a workaround.

Here are some of the ones I've seen mentioned by some users in no particular order:

As mentioned in the Core OS X Lion course, it seems that Apple decided to hide the Library folder that would appear in your home directory in previous versions of the OS.  I can only speculate why they did that but my guess is to remove 'complexity' for the average user. If you don't know what's in your Library folder well, this change may not affect you. But many people, especially professionals that need to throw away software preferences, or do some sort of customization to the way their account works, may find the hidden Library folder annoying.

My suggestion is to go to it using the Go to Folder... from the Go menu in the Finder (Shift-Cmd-G): 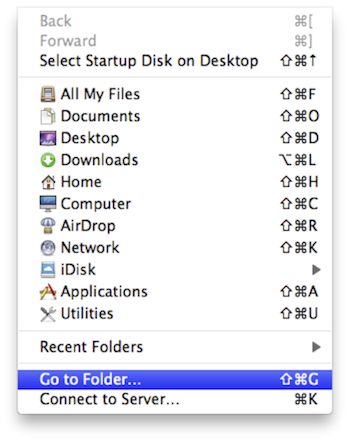 Enter the address of the Library, which is ~/Library/ and hit Return. 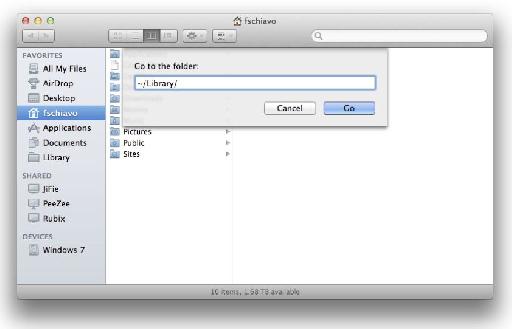 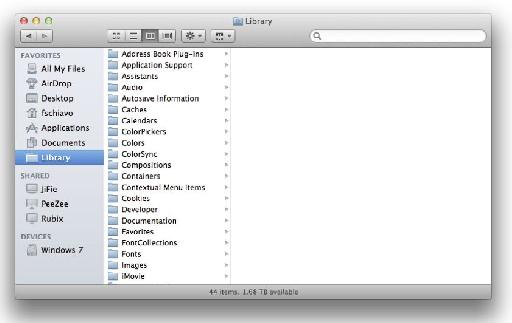 This one has to be the most annoying since every time you scroll it appears you're doing it in the opposite direction. My assumption is that Apple is trying to make the interface consistent between a trackpad and a scrolling mouse. So, when you push up with the trackpad, now the default is that you have to 'push up' on the scroll of your mouse.

If this is driving you crazy you can change the default behaviour by disabling 'Move content in the direction of finger movement when scrolling or navigating' at the top of the Mouse pane in System Preferences: 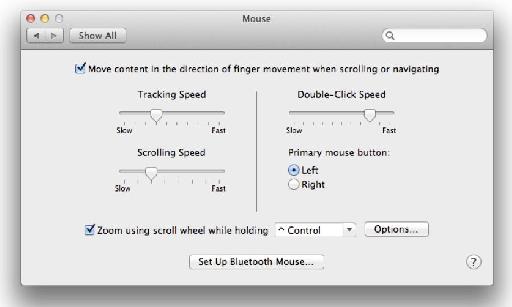 Simply Right-click on the tool bar and choose 'Hide Toolbar' or use the shortcut Opt-Cmd-T while in the Finder. 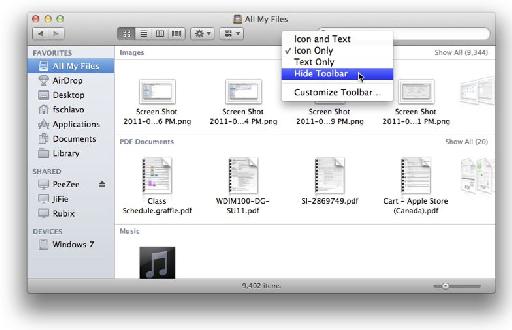 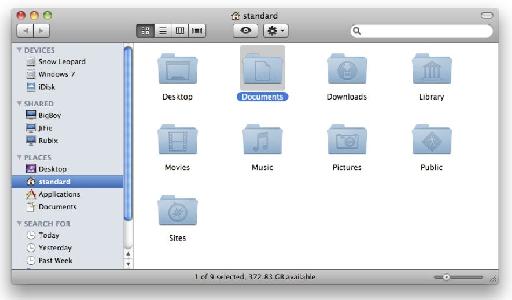 Taking a page from iOS, Lion now has scrollbars that hide automatically when you're not scrolling. Personally, I'd guess that some people may miss content because they never saw that the scrollbar indicated there was more in the window or on the page. The following screen shot illustrates what I mean.

Here you only see the scrollbar once you mouse over that area or begin scrolling, so it appears there are no more languages after Chinese Simplified. 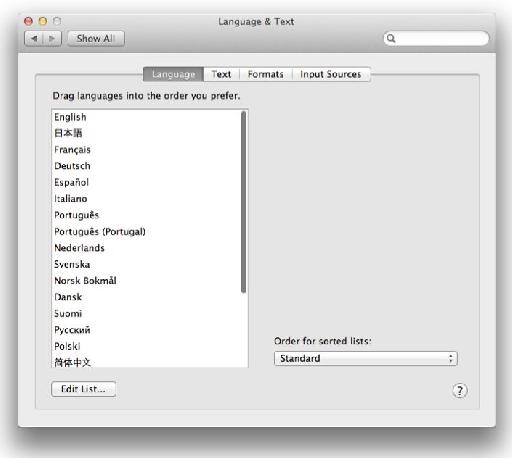 So, if you want to have the scrollbars always visible, simply open the General pane in System Preferences and enable the 'Always' radio button for the 'Show scroll bars' section: 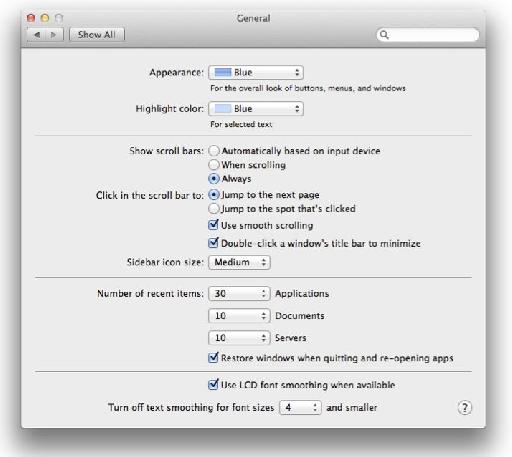 This is another one where the default value is different between Lion and previous versions of OS X. Before Lion, the Finder windows would show the status bar by default. The status bar does show useful information, like the number of files in a folder or in a selection, the empty or available space on a drive, etc.

To make the status bar visible you have to enable 'Show Status Bar' from the View menu in the Finder or use the shortcut Cmd-/.  If you like, and if you're used to it, you can also enable 'Show Path Bar' from the same menu. This one gives you the convenient "breadcrumbs trail" in the lower part of any Finder window. 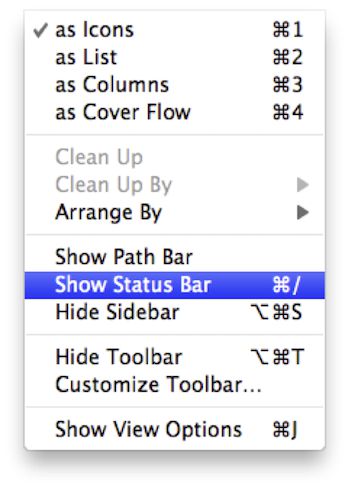 So, there you have it. These are some of the things that changed in Lion that you may find a bit annoying if you're used to previous versions of the OS. Personally I'm learning to use these new features/defaults as I've kept dragging some old behaviours from the very original 10.0 when there were no side bars, and it's not like Apple will bring the way I used my Mac back in the day. So I'd like to stay ahead with the latest features.

Francesco Schiavon
It all started with a TSR-80 in the late 80s. At that point it was more a toy than anything else. Since then, my interest in computers materialized with a PS/2 80 while I was in university in Mexico. Before I graduated I already had a couple of Macs, an LC-II and a Centris 660 AV, which was the catalyst to becoming an expert in both QuickTime and using the Mac. During my MBA, and later while attending the Vancouver Film School (VFS), I really learned to learn. Being a professional student at that point I started in the teaching realm as a Teaching Assistant, moving quickly to a part-time instructor position at VFS and soon after a full time position. Also while teaching, I've held a number of managerial positions for web development companies like Blastradius, Donat Group Inc. and later Rouxbe.com as well as working as a freelance consultant, mostly related to digital video deployment. My first tutorial for MPV was made soon afer the company started. Since then I've made a number of tutorials ranging from using OS X to advanced video compression techniques with Compressor and Adobe Media Encoder. Today I teach part time at the Art Institute of Vancouver, create courses for MPV and am always open for business as a freelancer.
Related Videos
Comments (1)