All Articles Review
Comparing Photo-Editing Apps for iPhone Vs Android
Elaine Ashburn on Mon, September 16th 0 comments
Language
Speed. Power. Number of Apps. These are all useful to know when deciding on iOS or Android. But what about the quality of the apps? Elaine Ashburn explores the photo editing realities for both devices

I thought this would be a relatively easy article to write. Just borrow an Android phone and download a couple of apps. Then download a few of the iOS apps on my iPhone 4 (2010) and compare the two. Well boy was I in for a rude awakening. I don’t know what made me think all Android phones (or the cameras within them) were alike. They certainly aren’t.

I finally borrowed a Motorola Droid Razr Maxx (2013) courtesy of my friend Christina and an Android tablet Nexus 7 (2012) from my sister-in-law. Thank you Jamie and Christina. The Droid and my iPhone both house 8-megapixel cameras. The Nexus seems to have a 5-megapixel one but the native file is larger, so in my crude way of determining size, I deemed them equal.

I used a picture of my niece and cousin* that was so dark it made a good study and I started small. I downloaded the Snapseed app for all three. It was simple and easy to use. Just by swiping up and down you can jump from one enhancement to another after choosing from a wide variety of effects down at the bottom. (Images 1-4) And by swiping left and right you can adjust the enhancement—right for more, left for less. Cool diagraming too. (Images 5 and 6)

But even with all its bells and whistles, I still had to use the built-in edits on the phones and tablet to fix red-eye. (You know where they are hidden, right?)

On an iPhone, after you take a picture and view your shot, there is an ‘edit’ button on top. Click on it and a few simple features appear. There’s a feature called ‘auto enhancements’ that automatically fixes brightness and contrast, a ‘no red-eye’ button that let’s you tap on each red-eye to fix and a ‘crop’ button that allows you to constrain the image and crop, or just crop away. (Image 7)

The Droid and tablet have more sophisticated built-ins. On both, in addition to red-eye fix and enhancements you can overlay a number of colors to change your image into a duo-tone of sorts. Not very sophisticated for a professional, but cool for an amateur to play around with. I noticed this same feature on the iOS 7 Beta, which will be available to the general public in September. So it looks like Apple’s playing catch-up with this one.

I’m probably embarrassing myself, but I couldn’t figure out how to take a screen snap on either the Droid or the tablet even after googling, so my images will have to be one-sided (and what does being ‘rooted’ mean?)

Ok, I’ve rambled enough… back to Snapseed. I have to say I wasn’t blown away by the changes to my images, even after I maxed out their enhancements. I only noticed a big change when I played with their ‘drama’ filter (Images 8-10). Drama 1 brought out all the hidden detail and although I really liked the effect, I knew if I played around with Photoshop I could get much more detail out of the picture and clean up all the little things that bugged me. Still it was a fun app to play around with.

After about ten minutes of playing, I kind of maxed out what Snapseed was capable of doing so I downloaded Photo Editor by Aviary for all three. I really liked this app. I immediately saw a difference to my original photo as soon as I hit a button. Their ‘Illuminate’ button brightened the image even better than the ‘drama’ filter on Snapseed, although it was still a little ‘hot’. (Image 11)

Then I clicked on their ‘Hi-Def’ filter and was pleasantly surprised by the results. It was almost like using the sharpen filter in PhotoShop. (Image 12)

Image 12: This is what Aviary’s Hi-Def button does to my image.

I wanted to see what else it could do, so I clicked on the color fix button, where I was treated to buttons for brightness, contrast, warmth and saturation (Image 13, 14, 15 and 16).

I went back to play around with each one individually when I got a dialogue box asking me to rate the app. Yes, I liked it, but I was in the middle of working—couldn’t they wait until I was done to ask me to rate it? (Image 17). I have to say, that annoyed me.

Image 7: Yes I like it, but please remind me later!

Here are a couple of the warm/cool effects I got just by playing around with the color fix capabilities. Not bad at all… until I compared the image quality back to what I got from Snapseed. You can clearly see that the image on the right (Snapseed’s ‘drama 1’ enhancement) retains the image’s original sharpness. So although I loved what Aviary was capable of doing, it did soften my image to achieve it. (Image 18 and 19)

I was hoping to find an app that gave me the best of both worlds. Something that allowed me almost Photoshop editing, but kept the sharpness of the image intact. There was one more to go. PhotoShop Express. Unfortunately, at this point my sister-in-law needed her tablet back, so I was just downloading onto my iPhone and Christina’s Droid.

I downloaded the app and launched it, using the same image for my test. I clicked on ‘the pencil’ which I assumed would give me editing capabilities. (Image 20) It did; a whole slew of them…including a red-eye adjustment!! (Images 21, 22, 23 & 24)

I used the brightness/contrast button and was treated to a diagram similar to Snapseed’s in that if you swiped left and right or up and down you could control the images brightness and contrast. (Image 25)

Since I was hoping to achieve the sharpness quality of Snapseed’s ‘Drama 1’, I played with PhotoShop Express’ sharpness slider (Image 26). Unfortunately, I didn’t see a great difference in sharpness even when I bumped it up to full-sharp (Image 27).

Images 26 and 27: Screenshot on right is full-sharpen.

At this point though, Christina wanted her phone back so I was left with just my iPhone. Yes, these three apps were cool, but to me they weren’t professional tools since I still couldn’t fix nits and blemishes using any of them. But I promised to rate them against each other, so here goes:

So, all-in-all, they pretty much offer the same enhancements. A brightness/contrast slider, the ability to change colors, crop and add some simple effects. I would choose Snapseed for my own editing, but I think that’s a personal choice…all were good.

But (and this is a big but) the experience of using a Droid phone and tablet taught me something—they were a lot faster than my iPhone 4. And as a dyed-in-the-wool Apple person, this wasn’t something I had hoped to learn.

I suggest you download all three and play around with them yourself, no matter which phone you own. If nothing else, you’re in for a fun afternoon. :) 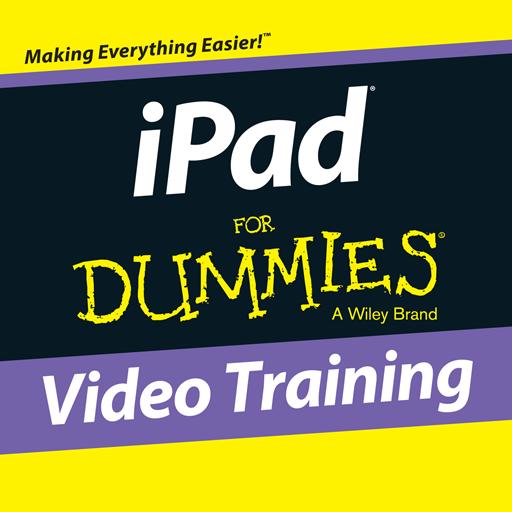