All Articles Final Cut
Creating FCP X Transitions: Animated Slats
Ben Balser on Tue, July 22nd 0 comments
Language
Ever wondered how to have video appear in an animated vertical line transition? Ben Balser has, and shows you how in this expertly written tutorial for FCP X and Motion users.

One of the more popular effects these days is the animated slat mask. Basically, it is a seemingly random series of vertical lines of various thicknesses, floating left and right, showing one video inside of them, with a different video showing through them. It is not difficult to reproduce in a basic form. I'll show you how to create it as a transition, and I'll give some tips to create it as an effect or generator. Here is a preview so you understand what the final products will be like.

Launching Motion, from the Project Browser, I will select a 'Final Cut Transition' template to start with. I normally like to create these with a 1080p30 frame size and rate, and with a duration of 10 seconds. Personally, I think of it as creating the transitions in slow motion, so I can clearly see what is happening. They will scale (speed up or slow down) when you apply them, depending on the duration. Also, this is a transition that most often will also be used as an effect, thus will be lengthened to a full 5 or more seconds in Final Cut Pro X.

Then I'll lengthen the Transition A layer and Transition B layer both to the full duration of the project. Then use Command-minus to zoom out of the Canvas a little bit. 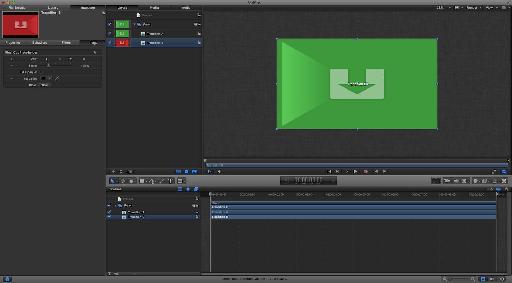 From the Shape tool in the toolbar, I'll get the Line Tool. From just above the top of my video frame, about dead center, I'll click and hold the Shift key to draw a vertical, straight line down to just below the video frame. Let off the mouse before letting off of the Shift key. In the Inspector, F4, I'll make the line's width 100. Then I'll rename the Layer from 'Line' to 'Slat' (personal preference). In the Canvas, Shift-Z to fit it back to the window. 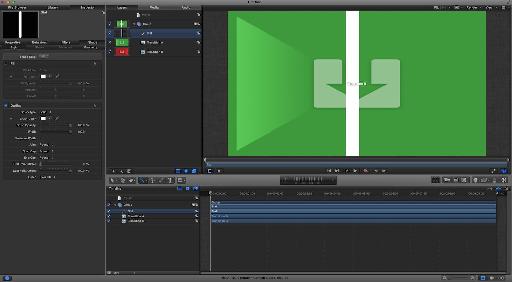 With the Slat layer selected, I'll use the E shortcut to make it a Particle Emitter. In the Emitter Inspector, I'll set Shape to Line, Start Point to -1200, end Point to 1200, Emission Angle to 90, Emission Range to 0, Birth Rate to 2, and Life to 2. I'll also set keyframes for Birth Rate and Life. On the last frame of the timeline, I'll keyframe Birth Rate to 50, and Scale to 800%. That's a huge scale, but I like to be safe. This way the whole frame will fill up with Slats. To test it out, play the timeline to be sure it ends with the whole Canvas solid white. If the Canvas is not solid white, and is showing space on the left or right side, select the Emitter layer, and pull one or each of the blue side buttons to the edge of the Canvas. And if you don't like the pattern at the beginning, click the Generate button for Random Seed, at the bottom of the Emitter Inspector (F4). 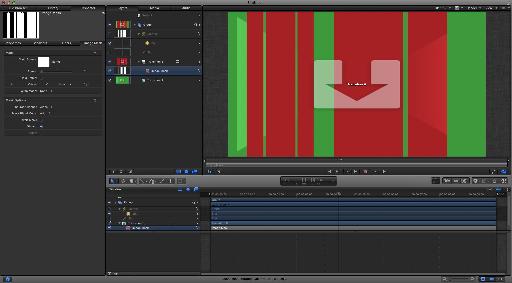 I'd add one interesting parameter to publish at this point. Select the Emitter layer, right-click the Emission Angle parameter, and go to Add To Rig, to Create New Rig, to Add To New Pop-up. Then select the new Pop-up layer. With Snapshot 1 set in the Pop-up menu, click Rename, and rename it Go Right. Change the Pop-up menu to Snapshot 2, change the 'Emitter.Emission.Angle' parameter to 280 degrees, and for Edit Mode click Start. In the window that pops up, I'll click Stop Rig Edit Mode. Then I'll click Rename and call this menu item Go Left. Select Snapshot 3 in the Pop-up menu, and click the minus sign to the right of it to simply delete it. I only need two choices here. Now the editor using this can choose which direction the slats float off in, left or right. Double check the last frame of the timeline to be sure each direction fills up the screen totally. In the Emitter Inspector, the only real parameter that will actually be practical for a transition would be the Random Seed 'Generate' button. This sets where the Slats end up appearing and disappearing and such. Finally, in the File menu, select Save, or use Command-S. Give the new transition a name, such as 'Random Slat Transition'. Select a Category, which for me is 'Ben's Customs'. Finally, since I'm making 3 different versions, I'll also create and save them all in the Theme 'Random Slats'. This new transition will now show up in Final Cut Pro X's Transition browser, in the Category you assigned it, along with showing in the Themes browser, obviously, in the Random Slats category there. Editors should remember, then when they use a really involved transition like this, making the transition 5 seconds or even longer can really make a production light up. It becomes as much of an effect as it is an unnoticeable transition. 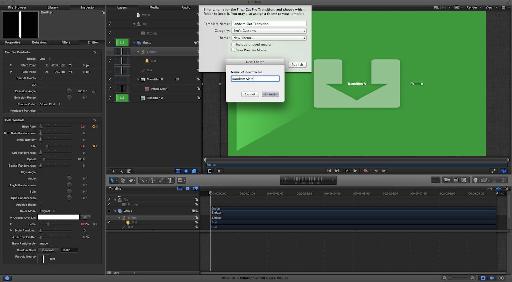 As An Effect & Generator

If I wanted, I could make this an effect to apply to an individual clip, or even to each of two uppermost clips, when three are stacked on top of each other. With this transition open, use Command-N to create a new Project, and set up a 'Final Cut Effect' template, similar to how we did this transition. Then, using Command-` (tilde, top left of your keyboard) to switch to the existing transition project, select the Emitter layer, and use Command-C to copy it. Command-` back to our new effect project, and Command-V to past it. Right-click the Effect Source layer, chose Add Image Mask, and apply the Emitter layer to it, just like we did before. And I may want to also publish for the Emitter the Birth Rate, Life, and Speed parameters, in addition to publishing and renaming the same parameters as I did in the transition. Remember that published parameters don't copy and paste between Motion projects. Then just save as before with a name, category, and the Random Slats theme, and I'm done! To make this a Generator, create a Final Cut Generator project, and create two Drop Zones using Shift-Command-D, twice. Then copy and paste the Emitter from one of the previous two projects into this one. Only create an Image Mask for the upper most Drop Zone, and apply the Emitter layer as its source. I placed a clip of clouds in the lower Drop Zone so you can see the effect better. I'll clear this before saving. This popular effect can actually be pretty easy to set up. The Emitter is about as basic as an Emitter can be. Understanding that you can create animated Image Masks from Emitters, Replicators, animated shapes, keyed green screen clips, and more, opens up a whole wild world of compositing possibilities. All you have to do is unleash your imagination and ingenuity. Don't forget, inside of Final Cut Pro X, placing various layers of keyframed, floating text on top of this effect can be powerful. Make them different opacities, also use a video-inside-text effect, using the same clip you have as the background clip to this random slats effect, can be very impressive. But make the background darker by lowering the opacity, so the text stands out more. Go wild!

Dream It. Do It.
Do you want to learn Crafting Final Cut FX Templates?
Yes, I want to learn!
No Thanks, I just want to read the article.
Feedback
How are we doing?
We'd love your thoughts, feedback and questions regarding our new site. All feedback is appreciated!
We do not respond to this form! If you need support, please visit our support page.
Thank you for your input!
Your message has been successfully sent
Course Advisor
Don't Know Where To Start?
Ask A Course Advisor