In this exercise we are going to explore the new and improved Color Correction workflow in Final Cut Pro X, specifically adjusting the exposure levels of your footage.

The first thing to note is that unlike previous versions of Final Cut Pro where all corrections were filter based, in FCP X Color Correction has become part of the main task-flow of the user interface.

Place your playhead over a clip in the timeline that requires Color Correction.

From the enhancement menu choose 'Show Color Board' or press Command-6. 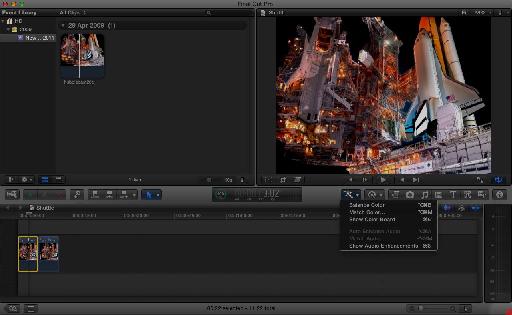 Note the new look color correction tool and its Color, Saturation and Exposure functions. Gone are the old color balance wheels, this is a very different workflow, but effective none the less. 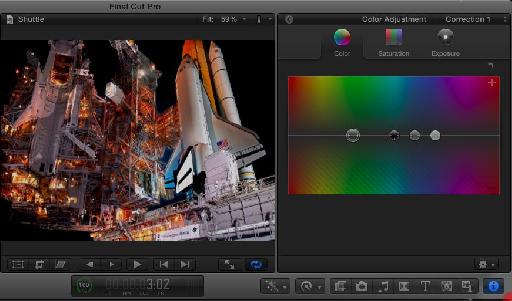 Select the Exposure tab from the top of the Color Adjustment window to adjust the image's contrast range. Notice the 4 sliders. These control the exposure of the Shadows, Mid-tones and Highlights (as reflected by the tone of the slider) of the clip. 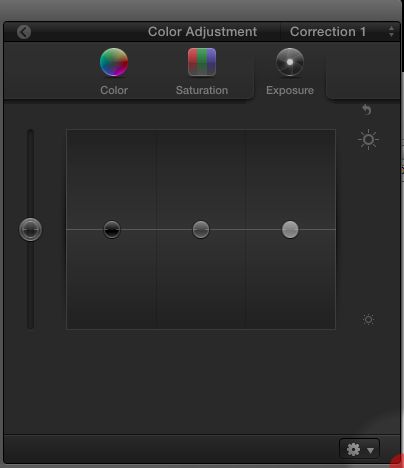 Drag the individual sliders up or down to adjust the levels of each tonal range independently. The larger button set on the left side of the tool is a Global slider that adjusts all 3 levels at once. To help make more accurate adjustments you can utilize FCPX redesigned scopes. 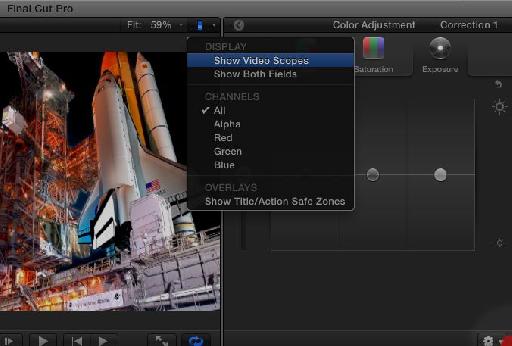 Choose: Window > Show Scopes or press Command-7 to activate the scopes, the first scope that appears is the Histogram. This tool displays a graph illustrating the Color levels of the shot based on their dark and light values. 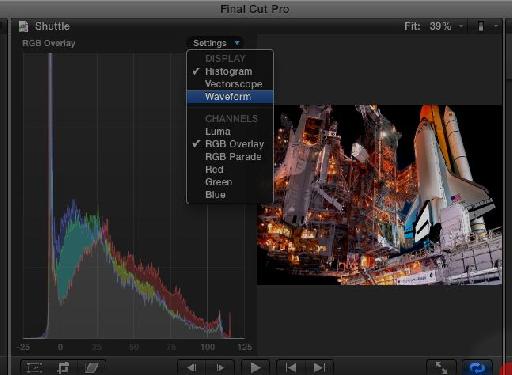 From the Settings pop-up choose Waveform. The Waveform Graph is the tool that will assist you in your Exposure Setting. Note on the graph the 0 level, this is in Digital Imaging where pure black rests. The 100 level is the maximum level for your brightest areas (white) accepted for broadcast.

(Note: Right-Clicking on the Waveform Graph brings up its view options, one particularly useful view (and new for FCP) for color correcting is RGB Overlay. Here you can view the level of Highlights, Shadows and Mids in the Red Green and Blue channels composited together in one view) 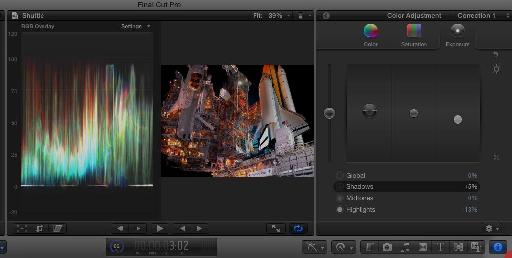 Use the Shadows control to move the lower Traces (lines) of the graph so that they just touch the 0% line of the graph, this ensures that the darkest points of your clip are black and not just dark. 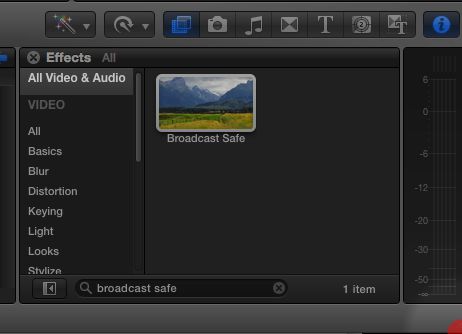 Use the Highlights control to move the top most traces so that they just touch the 100% line to ensure the lightest points are white and more importantly not overexposed. To make fine adjustments use the cursor up and down keys when a controller is selected.

(Tip: You might consider aiming for closer to 90% as this would allow any brighter spots such as reflection spots that might appear later in the shot to remain within 100%).

Continue to adjust the levels of a few different clips to try to firstly ensure the levels are technically correct i.e. between 0% and 100%. Then see if you can get them to match each others exposure so they cut together more smoothly.

Unlike previous FCP versions FCP X does not contain a Show Excess Luma function that guards against crossing 100%, however there is a filter called Broadcast Safe that ensures your white levels do not exceed 100%

You're now ready to advance on to dealing with the Color and Saturation settings that are covered in further lessons coming soon to The MPV Hub.

Learn more about Final Cut Pro X from Apple's Courseware author (and one of the designer's of the original FCP), Michael Wohl.

Please leave a comment below and let us know what you think about this article & what other FCP X features you'd like to learn more about on The Hub. Thanks!