All Articles Photography
Filming on Location with a DSLR
Hollin Jones on Sun, June 8th 0 comments
Language
Getting pro video results with a carefully chosen DSLR can be easier than you think if you follow a few simple guidelines when buying'¦

It's astonishing how far video technology has come in the last couple of decades. At the truly professional end of the market, studio cameras are mind-bogglingly high resolution, able to shoot in 3D and at 4K resolution, even if these standards are yet to be universally viewable. At the 'prosumer' end, things have similarly come on in leaps and bounds in recent years. As a kid I used to borrow my dad's S-VHS camcorder then later, Hi-8. At the turn of the millennium, I got into using MiniDV cameras and editing on computers. Since then, the landscape has continued to change rapidly.

While it's true that you can shoot video on your phone or your $300 digital camcorder and come out with some fun footage, these devices aren't really designed for proper filming, whatever the adverts say. Try turning up to a corporate shoot and whipping out your iPhone and see what kind of looks you get. If you want to work commercially and are expecting to be paid for your work, you will need to think more seriously about the kit you use. This no longer however means spending $3000 on a dedicated video camera, unless of course you want to.

Unless you follow the digital camera world, you may not know that DSLRs have got incredibly powerful in the last five years or so. They've long been amazing for taking stills of course, but what has changed is that certain models now offer astonishing video performance into the bargain. The long and short of this technological advancement is that if you are working in digital video, it's now perfectly possible to get professional results with a relatively affordable DSLR. Factor in the processing power of post production software and you can even shoot films on them.

As ever, just buying good kit isn't going to make you Martin Scorsese. You have to know what you're doing and tailor the way you work to the job at hand. The good news is that if you choose the right equipment, it's so clever that it removes many of the pitfalls from the filming process. For many years for example, DSLRs struggled to deal with fluorescent lights, which flicker imperceptibly to the human eye, but very perceptibly indeed to a camera. Where you used to have to muck about with frame rate and shutter speed controls to deal with this, some cameras now take it in their stride.

The all seeing eye

Your choice of camera is going to be important and your budget will determine which one you go for. I have had excellent results with the Canon EOS 70D and others also rely on the Canon 5D MkIII, Nikon D800 or D5300. These range from about Â£700 to well over Â£2000 so they're not exactly impulse purchases, but it's vital to get something that's going to deliver results with as little fuss as possible. There's no point in buying a Â£500 camera'"still no small investment'"and its video output turning out to be fairly lackluster. Remember we're talking about paid work here, not just filming your dog chase a ball around. Software is good but if your video looks cheap there's no way you're going to make it look great even with the best software in the world. People expect their videos to look good, and that's what you're getting paid for. 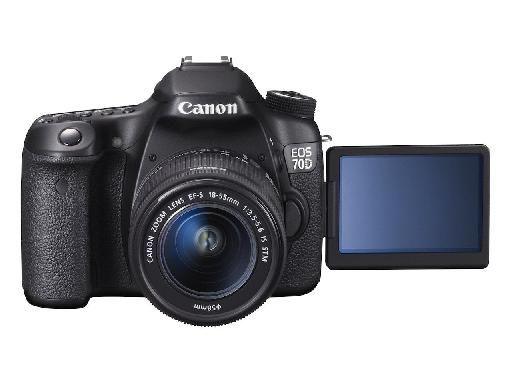 Canon's new EOS 70D has been much praised for its video performance.

The lens is important too, and interchangeable lenses are one of the great strengths of DSLRs. A 24-70mm f2.8 or similar lens is good for video tasks though most lenses that will fit your camera should work. Some cameras, notably the Canon 70D, can use STM (stepper motor) lenses and these are particularly good for video work because they can auto focus in motion like a video camera lens. This means that they can track a subject while you move or identify what should be in focus in a given shot without you having to manually focus and in the process, touch and therefore nudge the camera. They are also essentially silent, which is vital for video recording.

Tools of the trade

As well as needing some high capacity, fast memory cards for the camera (full HD video takes up a fair amount of space and needs to be written to the card at quite high data rates) you will also want at least a couple of batteries since long shoots will run them down fairly quickly. A tripod is also absolutely essential, though it's not always necessary to spend hugely on one. A decent Â£50 standard tripod with a spirit level will do for static applications like interviews, or if you're doing a lot of tracking and panning, investigate a proper video tripod head, though these are much more expensive. 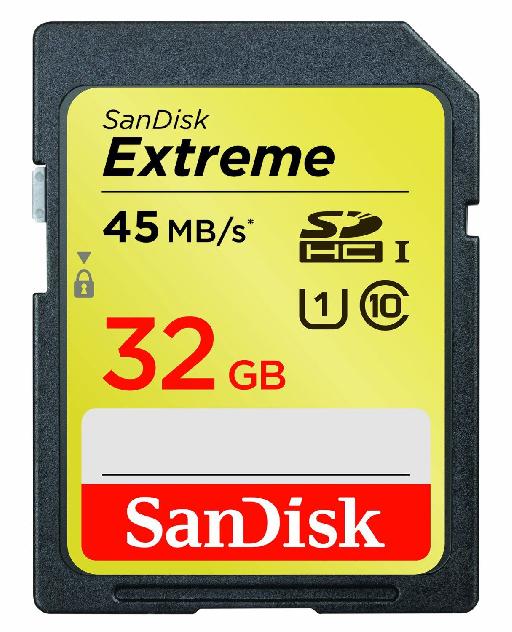 Fast, capacious memory cards are a must for recording full HD video. 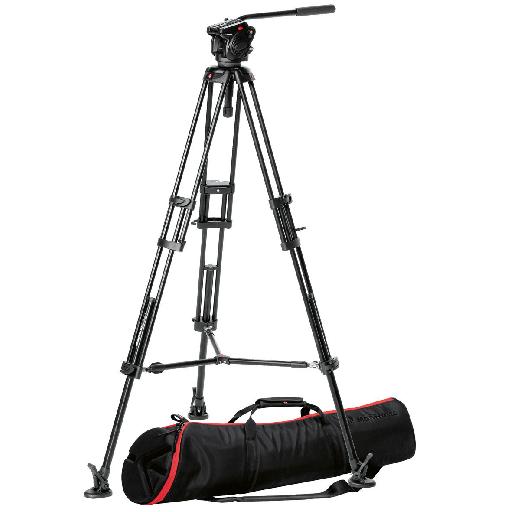 You'll definitely need a tripod, though a top end one like this isn't always strictly necessary.

You will want to take some lighting along since you never know what environment you will be filming in, or if it will be a particularly dull day. Again this is an area where you don't need to spend a fortune unless your budget is healthy, and an LED light panel that fits to the camera hot shoe can be picked up for under Â£40. Battery powered, these can shed a decent amount of light on your subject and should have a variable control and preferably a couple of different colored gels to deal with different color temperatures.

Sound is an oft-overlooked component of shooting video and although many video-capable DSLRs have built-in microphones, for any talking head footage you will really want to add a lapel/lavalier microphone connected to a solid state recorder in order to pick up a clearer version of the speech, and then link the sound and footage later in your editing software. You could also try a gun mic like Rode's VideoMic Pro or Go models to capture sound more accurately than your camera's built-in mic can manage. Don't skimp on this stage: great video is worth much less if the sound is terrible. At the same time you don't have to spend thousands on a mic: get something decent and you can always deal with any hiss or rumble issues in software afterwards, as long as the speech itself is clear.

A gun or lavalier mic will generally offer better speech pickup that any built-in model. 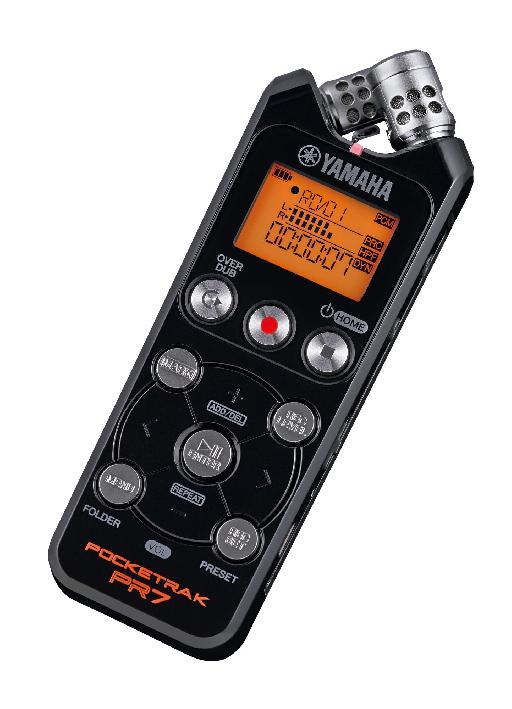 A solid state recorder is a good way to capture externally recorded sound.

This has been an introduction to how you might go about filming using a DSLR and what extra kit you would need. Of course the sky is the limit if your budget allows, but it's good to know that getting pro results doesn't require the same vast sums as it did just a decade or so ago.

Dream It. Do It.
Do you want to learn DSLR Video Techniques?
Yes, I want to learn!
No Thanks, I just want to read the article.
Feedback
How are we doing?
We'd love your thoughts, feedback and questions regarding our new site. All feedback is appreciated!
We do not respond to this form! If you need support, please visit our support page.
Thank you for your input!
Your message has been successfully sent
Course Advisor
Don't Know Where To Start?
Ask A Course Advisor