Insert Editing has been a staple tool in Post-production since before Columbus sailed out one August morning (ok, maybe not that long) and in FCP X it's better than ever. Following on from Part 1 of this series of articles, where I created an edit by appending clips to the timeline, I'm now going to begin inserting clips.

In the Event Library I've selected a clip to be inserted into the existing Appended edit. The clip is open in the Event browser.

Tip: I find list view to be particularly useful for this part of the workflow but there's no set rule on that.

In the filmstrip area, skim through the clip (move the mouse or use trackpad back and forth through it) to find the in point. Press I on the keyboard just as in FCP 7. Skim to the out point and pressing O to mark the out point completes the process. 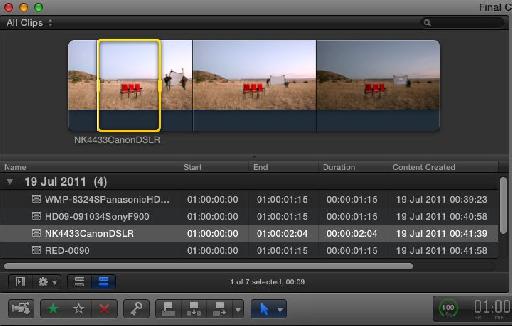 If you want to play back the marked section of the clip, press /.

Tip: Looping playback is a useful feature during editing. To turn it on,  go to View > Playback > Loop Playback or press Command-L.

Now that my clip is marked I'm going to navigate in the Project Timeline to the desired insert location between the first 2 clips in my edit. In FCP 7 the quickest method of doing this was to use the Up and Down arrow keys to move back or forward respectively, between edit points. The same is true for FCP X. 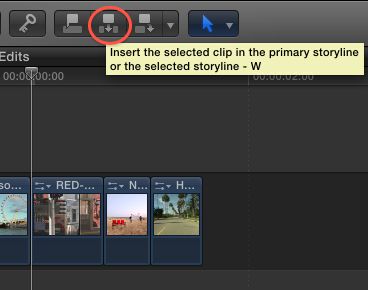 To insert edit the clip between the existing shots at the playhead position I can click on the Insert button or press W (similar to the yellow canvas button or pressing F9 in FCP 7).

FCP X still has a drag and drop workflow just like in FCP7, only less complex. FCP X, unlike FCP 7, will automatically apply an insert edit. There's no horizontal outlines or arrows in the timeline to worry about. 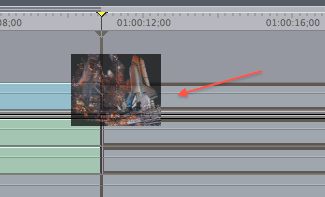 In FCP X, inserting another clip further down the timeline can be done by simply dragging the clip over the edit point. When the edit point highlights, just drop the clip in. 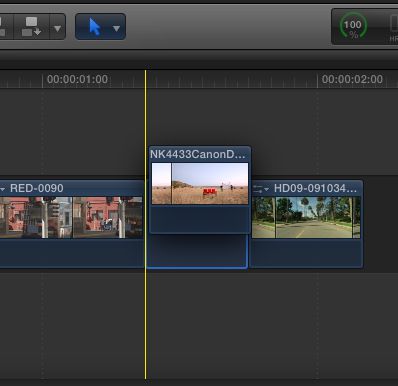 To split an existing shot in the timeline using an Insert Edit we can utilise the power of the Skim tool. Mark In and Out points in a new clip in the Event Browser using any method you've learned.

In the timeline, skim to the point where you want to insert your marked clip and press W. 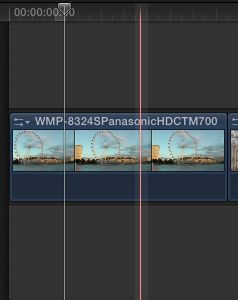 The marked clip will now appear in the timeline at the Skimmer position and the original timeline clip will be split either side. In FCP 7 this could be done using the playhead position or marking an in point in the sequence. In FCP X the playhead can still be used to mark the desired edit point; however the Skimmer's position takes priority so be careful not to mix them up. 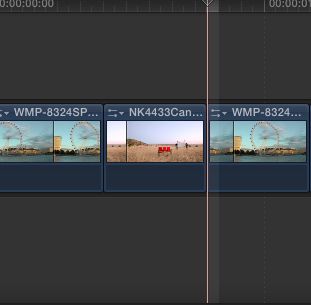 A split clip after an insert edit.

I'm really impressed with how quickly the Append and Insert Edit workflows in FCP X help me to work at great speeds. Keep practicing and you will be too, I'm sure.

In the meantime learn more about editing with these tutorials by editor and expert Michael Wohl: FCP X 103 - Editing in the Magnetic Timeline and FCP X 104 - Advanced Editing Techniques