GarageBand on the iPad is a slick and powerful app for recording and programming music, and it costs next to nothing compared to a desktop DAW. Another thing it has going for it is its Smart Instruments, which have been specially developed by Apple to work with the iPad's amazing touchscreen interface. In typcal Apple style these aren't just playable with your fingers but you're able to do stuff like bending guitar and bass strings, or playing full chords as well.

Fire up GarageBand on your iPad and in the Instruments menu, swipe until you get to the Smart Drums. Tap on them to load them up. On the right you'll see a selection of drum elements which you can drag into the matrix in the centre. Try dragging the Kick icon into the square. 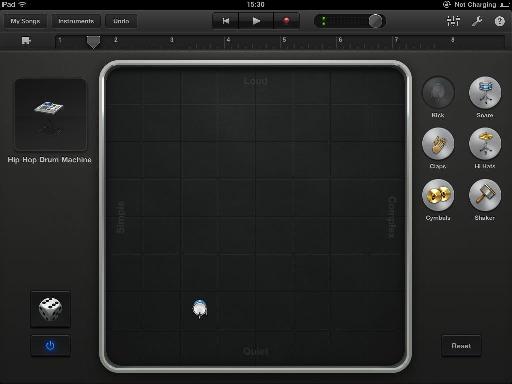 You will notice that the matrix has four labels, one on each side. If you place a drum lower down it will be quieter and higher up, louder. Drag it to the left to make the pattern simpler and to the right to make it more complex. Try this with the Kick then drag a Snare in as well and experiment with its location. 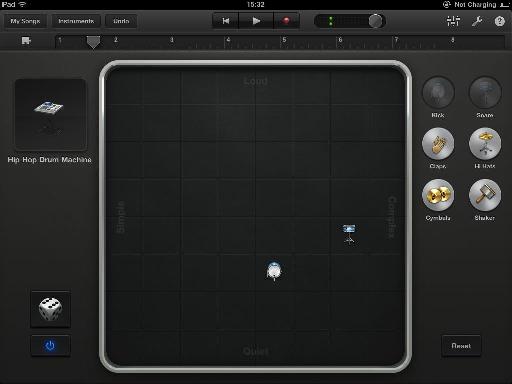 Repeat with each of the drums parts and drag each one individually until you have a beat that you like. This is really easy and fun to do. To randomize the part, press the Dice icon at the bottom left of the screen. To record the part, press the Record button and GarageBand will automatically wind it to the start and record it. 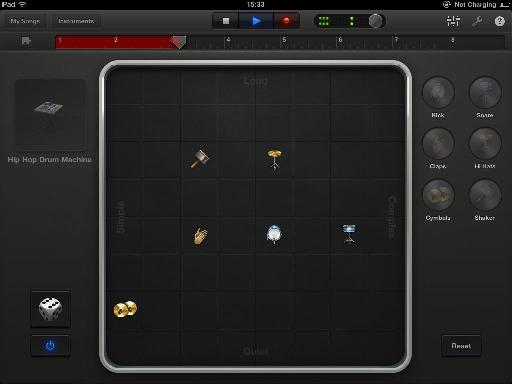 Next, choose a Smart Bass. Select a bass type from the guitar icon on the left: here we have a picked model. To have a part play automatically, flip the switch to Chords mode and choose one of the four Autoplay slots. You'll see the strings disappear, and tapping on any chord bar will play a pattern around that root note. 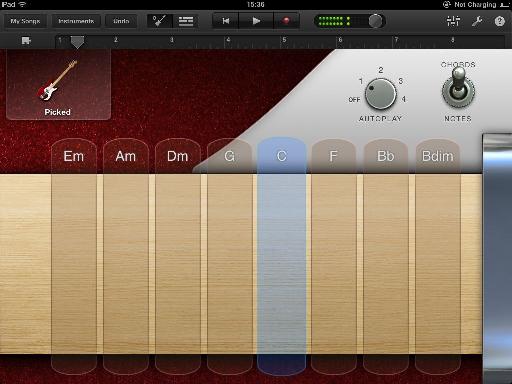 Switch to Notes mode and you can play any note or string by tapping on it.  The really clever part is that you can press and hold then bend a string with your finger. Try it '" it's amazing! 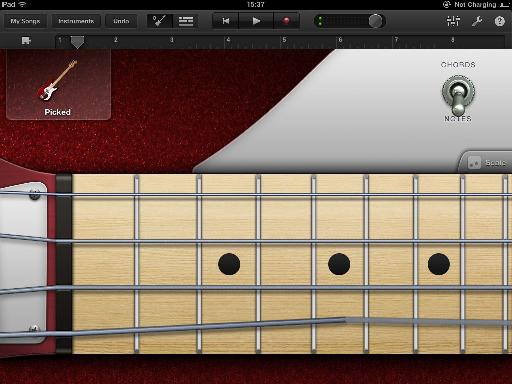 The Smart Guitar works in much the same way, except that it's easier to play chords because of the nature of the instrument. Use Chords mode to autoplay different chords, or switch to Notes mode and press, hold and bend strings to play several notes at once. Like the bass you can change the scale by clicking on the Scale button, making it even more flexible Finally try the Smart keyboard. Select a keyboard type '" here we have a Fender Rhodes '" and select an Autoplay option from the dial. The display is split horizontally into two sets of blocks so tapping the upper part will play a right hand part and a lower one will play a bass part. You can mix and match treble and bass parts. Each keyboard also has its own unique effects. With any Smart Instruments you can record the parts into the sequencer by just pressing Record '" it's that simple. Whether you're a beginner or just looking for a bit of inspiration, check out what Smart Instruments have to offer.

Dream It. Do It.
Do you want to learn Magic GarageBand?
Yes, I want to learn!
No Thanks, I just want to read the article.
Feedback
How are we doing?
We'd love your thoughts, feedback and questions regarding our new site. All feedback is appreciated!
We do not respond to this form! If you need support, please visit our support page.
Thank you for your input!
Your message has been successfully sent
Course Advisor
Don't Know Where To Start?
Ask A Course Advisor