All Articles Logic Pro
Logic Pro X Score Editor: The Best Yet
Peter Schwartz on Tue, October 15th 1 comments
Language
The jury is most definitely in about Logic Pro X, and the overall reaction is very positive. One of the areas to receive some love from Apple was the Score Editor! Peter Schwartz takes a closer look.

When a major revision of software is released, as in the case of Logic Pro X, there is usually an adjustment period during which we discover new features and get used to others which have changed (for better or worse). In some cases, features get removed too. As for my LPX experience, I immediately set my sights on understanding the state of the state of the Score Editor, because it has always been one of my favorite parts of Logic. In fact, I became a Logic user some 18 years ago because of this very feature.

Over the years, I've come to know the Score Editor and its operations well. And while other composers were working on Finale and Sibelius, I maintained using Logic for the majority of my copying work.

Now, as in the past, I think the overall look of Logic's notation looks absolutely great  and compares well (taking into account slight differences in style) with the other programs I mentioned. 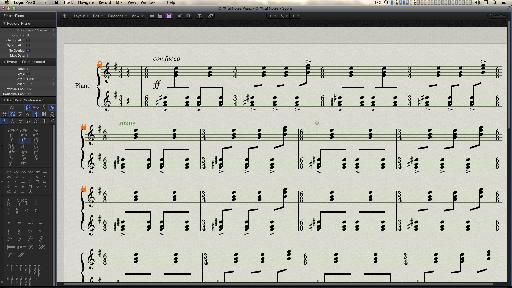 The Score Editor in all its glory.

But twice in the past I've ventured to see if the grass was greener by trying my hand at Finale, only to give up in utter frustration at how unintuitive it was. Who knows, maybe Finale's design has improved in the past few years, but all I can say is this'¦ When someone mentions Finale, I get flashbacks (and not good ones) of having to select separate tools for moving notes on the score: one to transpose them, and another to shift them in time. And there was another tool for entering notes.

Separate tools. I mean'¦ really you kidding? In Logic, you use the pointer tool (normal mouse cursor) to move notes in the score, up and down, left and right. And to copy notes or add new ones, simply hold down the Option key and drag an existing note, or pull one out of the Partbox. What could possibly be more intuitive than that? Then again, Finale copyists generally get paid by the keystroke, so who am I to judge? 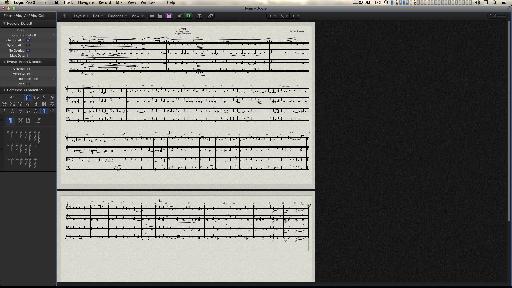 Anyway, lest I digress into a rant about a program I don't use, when Logic Pro X made its debut I took a ground up, back-to-basics approach to the Score Editor, examining how it worked from the simplest of operations to some of its more complex inner workings and I have to say, this is the best version of the Score Editor yet!

Yes, there are some glitches, but in the big scheme of things they are minor and certainly not worth looking elsewhere for a notation app that will take your real-time performances and (sometimes miraculously) render them as readable notation with the least possible amount of work needed afterward.

While Logic's ability to 'interpret' what you play and turn it into great looking notation remains one of the Score Editor's strongest assets, there are plenty of features available to override Logic's 'interpretive' behaviors when you need to exact more control over the way your music is notated. 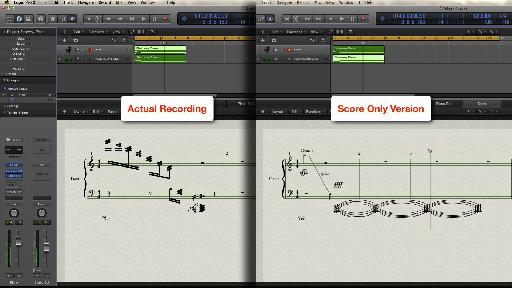 The ability to turn your actual recording into great looking notation is one of the Score Editor's forte. 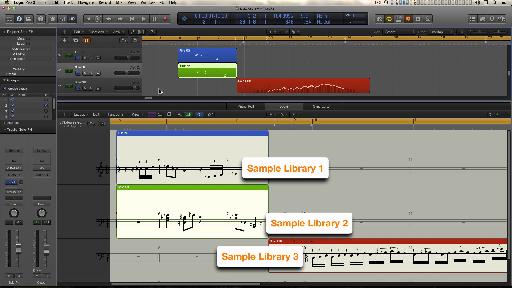 The Score Editor is also a great MIDI editor.

And as a tribute to the Score Editor, which aside from all of Logic's other features that serve my creativity remains my first draw, I have created a new video tutorial on the Score Editor which is the latest addition to the Logic Pro X Core training series. It's geared not only towards the Score Editor newbie, but also as a refresher course for more advanced Score Editor users. The course covers everything from basic operation to printout, with tutorials on using the Score Editor as a MIDI editor, explanations of the Score Region Parameters that influence how notation is displayed, Score Sets, fine-tuning the position of symbols, and much more. Please check out the previews as well as the table of contents. May I suggest that this course can help you shave months off of your Score Editor learning curve!