Final Cut Pro X has seen an explosion in third party plugins that is unprecedented. Only recently have we begun to see plug-ins that truly push the limits of traditional NLEs. One that recently caught my attention is 3D Supercharger V2 from I Love QC. It is a suit of 7 filters that allows an editor to work with a 3D model file directly inside of a Final Cut Pro X timeline. Yes, it honestly does, this is for real. And the story behind it is just as interesting as the plugin itself.

I Love QC is based in Dublin, Ireland where they use Quartz Composer technology, referred to as QC, to develop software mostly aimed at VJs, with their first ventures into FCP X plug-ins. For those unfamiliar, Quartz Composer is a node-based visual programing language from Apple built for processing graphical data. It uses OpenGL, OpenCL, Core Image, Core Video, Java, QuickTime, RSS, and other OS X technologies. It supports a wide variety of video, graphic and video file formats, as well as reading MIDI and other types of data. Quartz Composer is resolution independent, and works with files in their native formats until rasterizing to maintain the optimal visual quality. This makes it ideal for post-production applications that are Quartz Composer aware, such as Final Cut Pro and Motion. I am actually learning QC now to create my own video, graphic and audio tools.

3D Supercharger V2 brings a 3D workspace into your FCP timeline and is optimized for OS X Mountain Lion. It will run on Snow Leopard 10.6.8+, Lion 10.7.5+, but Mountain Lion 10.8.3 is recommend. You can install it in any version of Final Cut Pro X with 10.0.6 and later being recommend. Other minimum specs are an Intel Core 2 Duo or better CPU, 2 GB RAM with 4+ recommended, an OpenCL GPU or Intel HD Graphics 3000 or later with 256 MB of VRAM or more. 512+ MB VRAM is recommended.

If you've ever collaborated with a 3D modeler when editing and compositing, you know how time consuming it can be. For example, in my own work I may get a ProRes 4444 video file from a 3D modeler, drop it in my timeline, composite it, and hope that the timing of his animations, which are 'baked in' to the QuickTime file, all match up to my timeline. If they don't, or the edit has to be tweaked after the modeler has rendered the video file, the timing of the 3D animated model video will not match the timing of my composite. Which means the modeler has to go back into his 3D application, retime or otherwise change the animation movements to my specs, export another QuickTime movie, I bring the revised file into my timeline and start all over. Sounds like a lot of back and forth? It is, very much so. This workflow can become very time consuming, not to mention expensive for the client. And those ProRes 4444 files (because we need the alpha channel) can be quite large to pass back and forth online.

After Effects with the Element 3D plugin, have someone composite there, render out a ProRes file, import that into FCP X, edit. That is still a lot of back and forth between even more applications. More time, more work, we make less money, I'm tired just thinking about it.

With 3D Supercharger I only need a .dae file that I can edit with natively inside an FCP X timeline. A .dae file is a specific form of XML for sharing 3D models between various applications. You can open them up in a text editor, just like an FCPXML file, and access most of the parameters, if you're so inclined. Many 3D modelers eventually end up digging inside these files like this to tweak things on occasion. This means I get the very small native 3D model file, and no animation by the modeler is needed. This potentially saves a lot of time, allow us all to make more money per hour on the production. 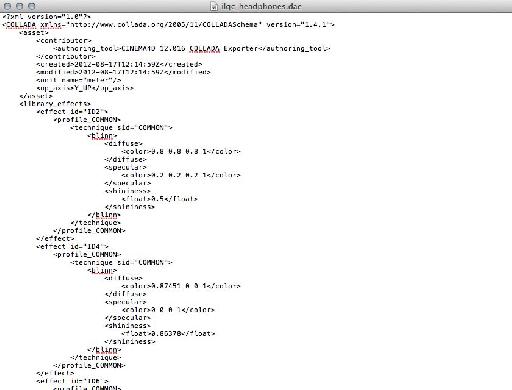 I can import the .dae file into the plugin directly and then spin, rotate and zoom the model in my timeline myself. I can specify movements and time the animations to my other compositing elements much easier, saving lots of time and expense. I can also keyframe these movements. There are also controls for shading modes and coloring. To import the .dae file, you drag it directly from a Finder window into the 'Text' field of the effect. That's easy, really. These will apply directly to a video clip and since there are two 'keyed' filters in the suit, if you have your model on a solid background you can key it. I can also pile up more than one of the 3D Supercharger filters to use more than one model in a clip at a time.

The set of 7 filters allow for various applications of 3D objects to your video files. I can even apply them to an Adjustment Layer clip just fine. And adjustment layer clip is simply a custom built text template that has the text blocks removed. Place it above other clips and whatever you to with the adjustment layer clip, coloring, effects, etc, will apply that to everything below it. The 7 filters are: 3D City V2, eD Load Model On Footage, 3D Pan/Spin/Zoom, 3D Pan/Spin/Zoom Keyed, 3D Rising Dolly, 3D Rising Dolly Keyed, and 3D Spin/Zoom. There is a demo video on their web site that shows how powerful these can be. They're not complicated, they're all very easy and simple to use. Not much explanation is needed, really. I will admit they are rough plugins, but they will be more refined in the future. External textures sometimes don't get linked, and using several of the filters in one timeline can cause some performance issues. But overall they work really well. 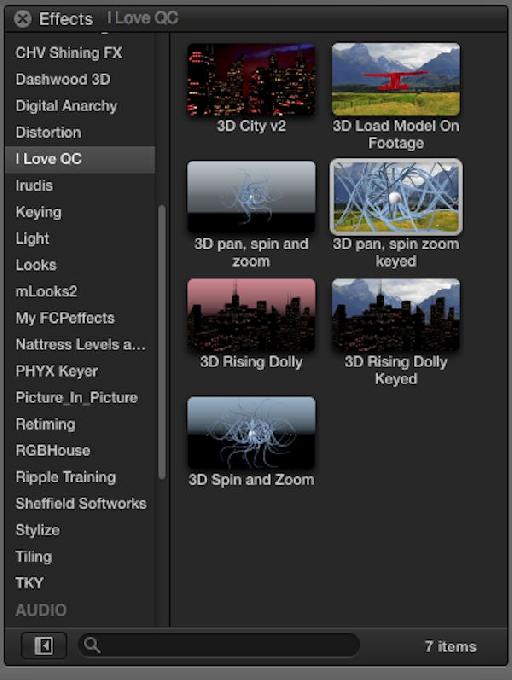 3D Supercharger is normally $95.00, but is on sale for a limited time for only $49.00. I Love QC wants to keep the pricing at a point that allows people to have access to it, but they are a business with bills. They seem to be doing a very good job of pulling off the pricing balancing act. 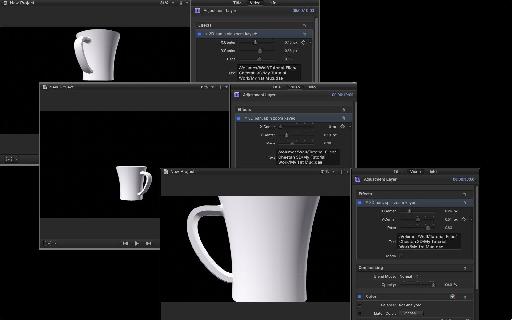 This plug-in will eventually work in Motion 5 but needs more tweaking to be its best. 3D Supercharger is currently in its infancy and we should see more improvements and refinements as it continues to be developed. This will open up amazing possibilities over time.

I have noticed on one or two models the textures don't follow into FCP. Graham Robinson with I Love QC explained that it is a challenge to load textures, especially with textures that use external files, which makes it very tricky. Yet they are continuing to work very hard to make it better, along with bringing true 3D text into FCP X.

Why use the .dae format when newer ones exist? I was told that .dae is a format designed for interchange between apps, and with so many modelers using so many different applications, most all of them can export .dae, which makes a lot of sense to use it. They will incorporate other formats in the future as a natural progression of the development process, which is great news.

Is This An FCP X Exclusive?

On the question of other NLE's besides FCP X gaining this ability, there is no reason not to, as long as the NLE runs on a Mac and is Quartz Composer aware. Thus any NLE can adopt the Quartz Composer technology and open new possibilities to its editors.

I have to say, in my personal experience with this plug-in I find it nothing short of amazing, aside from the rough edges, but that will work out over time. Time saving, easy to use, and especially with the promise of future development, I'm excited to experience this evolution moving forward. This is one plug-in I would call a must have for the single person FCP X editor/modeler, or FCP X editors collaborating with 3D modelers. I know more and more editors moving into the 3D. With affordable tools like Blender and Cheetah 3D on the market, it is no longer an exclusive domain for the high level studios and very expensive software tools.

The I Love QC team will be at South By Southwest 2013 to interact with users. So if you're planning on being there, have a chat with these very talented and interesting folks. To find out more visit the 3D Supercharger page, which includes a couple of tutorial videos, visit http://www.iloveqc.org/marketplace-home/final-cut/3d-supercharge-v2-detail