All Articles Review
Review: iMovie 10 (the 2013 Release)
Iain Anderson on Mon, December 16th 1 comments
Language
Is Apple's new iMovie 10 more powerful and easier to use than previous versions? Iain Anderson has given it a thorough workout in this review.

This release of iMovie isn’t quite like the last one. Some things look the same, some look a little different, but thanks to some detective work by Alex Gollner, we know that it’s actually a reskinned, cut down version of an unreleased Final Cut Pro X — the one due in December. So what’s it got? And how useful is it? Let’s take a good look at what the new iMovie can do, and the major differences from the last release.

If you’ve seen the hubbub about the recent update to the-productivity-suite-formerly-known-as iWork, you may be somewhat apprehensive about this update to iMovie. Did Apple remove new features while improving iOS compatibility? No, the opposite: they added features while reducing iOS compatibility. While the ability to import iOS projects to the Mac isn’t important for everyone, and it’s scheduled to return in the future, if you need it now, don’t update just yet. For everyone else, updating should be safe, and not too confusing. If it’s all too much, the older version of the app is preserved in a folder, just in case.

While there are several smaller changes, probably the biggest change is to the structure of the basics. You used to have an Event Library to hold your source media, and a Project Library to hold your projects — timelines which you edited in. No more. You now have an iMovie Library, within which you have Events. Events hold source media and also your edits, now known as Movies rather than Projects. Movies sit at the top of the Event, just above the source clips, and a single movie at once will sit open in the main timeline pane below. The big trick now is that you can have more than one Library, and choose to open more than one simultaneously. This is terrific for separating projects and organizing them across different drives — everything’s in its own Library.

The interface with no movie (new Project) open.

One neat trick that iMovie retains is one which FCP X could do to copy — the marking of used portions of clips in orange.

And the interface with a movie (new Project) open for editing — note the Content Library in the bottom left corner.

Just like Final Cut Pro X, the import process has now been backgrounded, meaning that you don’t need to wait for an import to complete before working with the footage. You can select, mark as Favorite and add to your movie before the file has even copied, which is darkly powerful voodoo indeed.

iMovie’s variable zoom means that you can’t simply look at a section and tell, at a glance, if it was longer or shorter than another. Sadly, that’s still the case if you zoom out, because there’s a minimum clip size in the timeline. Very short clips will take up more space than their length should allow. However, if you zoom out a little and avoid very short cuts, iMovie is now more like FCP X and other editors, in that the final thumbnail along a filmstrip may only be partly visible, and the length will be shown more accurately rather than as a multiple of thumbnails. Hallelujah-ish. Oh, if you prefer your timeline to wrap, you can find it in the View menu.

Everything is as long as it appears to be, at least here.

Still there, still based as a storyboard instead of a timeline, still fun, but now in 29 different styles instead of 15. Fun for all the family, if only the font was Trajan.

Ever wanted to make an Indie film? Now you can!

...are now just timelines. No need to enable Advanced Editing, thank goodness. (In fact, there are only two preference options in the entire program.) You just drag clips above the main video stream, connecting them to the main timeline. This lets you treat them as cutaways, then fade the start and end if you wish. For finer editing adjustments, you can double-click on a clip to open the Clip Trimmer.

Here’s that Clip Trimmer in action — click and drag on the middle of the video to slip it, or on the ends to trim it.

Basic editing is smooth and easy as it’s been, and right-clicking will still let you split a clip and much more, though things have been rearranged and made more similar to FCP X than before — for example, the Split Clip shortcut is now Command-B, for matching Blade at Playhead in FCP X.

They’ve all moved around a bit, to a small strip above the viewer. Select a clip, click the Adjust button, pick the class of adjustment you want to make, then you can access the options within — including a Skin Tone Balance option in the Color Balance section that’s yet to arrive in FCP X. The color correction section borrows some of the controls from iPhoto, allowing much nicer massaging of highlights and shadows. (And can FCP X please, please have some Curves?)

The new Adjustments panel, which you can also access by right-clicking a clip or just typing “3”.

While the new speed controls are a little different from the old controls, they should work well, and still let you apply a custom speed if needed. Command-R gets you started, or look in the Modify menu for more options.

On the clip itself, drag the grey circle, or double-click to show additional options.

The bottom-left corner of the screen now holds the transitions, titles and so on which you can spice up your video with. There are some elegant new titles (not even in FCP X just yet) and it’s worth taking a quick tour through to find something you can use.

I’m a sucker for the Modern theme myself.

You can no longer export with QuickTime, but if you need that you should probably be using FCP X anyway. Export is simplified — backgrounded too — and allows full 1080p export to both files and direct to online services. There’s also a handy new iMovie Theater option, which exports a high quality file to your computer and to your iCloud account, for easier viewing across your devices, but not by others.

While this release brings a lot of FCP X back to iMovie, it actually makes the interfaces of the two programs slightly less similar. Where before, iMovie looked like FCP X but was different under the skin, it now looks less like it, but is more like it in its bones. It’s a solid update for those who don’t want to jump to the big guns, and gives a small taste of what’s hopefully coming for that app too. If you’re not in the middle of a project, give it a go. And if you want to know more, macProVideo has many, many tutorials from Michael Wohl, one of the original FCP designers, to get you started in fine style. Good luck! 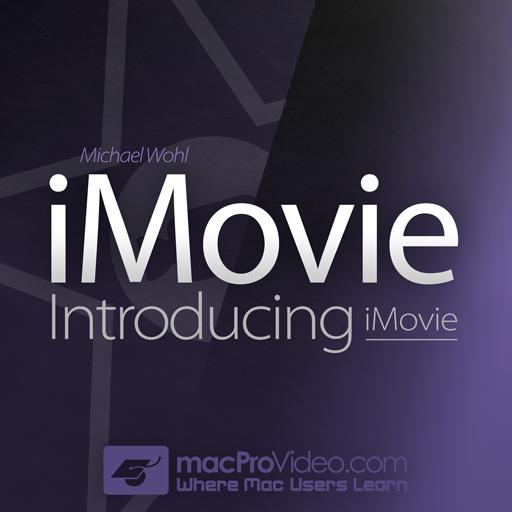 Dream It. Do It.
Do you want to learn Introducing iMovie?
Yes, I want to learn!
No Thanks, I just want to read the article.
Feedback
How are we doing?
We'd love your thoughts, feedback and questions regarding our new site. All feedback is appreciated!
We do not respond to this form! If you need support, please visit our support page.
Thank you for your input!
Your message has been successfully sent
Course Advisor
Don't Know Where To Start?
Ask A Course Advisor