All Articles Film Making
Shooting and Editing a Recipe Video
Iain Anderson on Sun, July 3rd 0 comments
Language
How do you create a cookery recipe or instructional video from start to finish? Iain Anderson makes it easy in this great tutorial article.

If you’re active on social media, you may have seen a recipe video or two flying past. They’re a new thing, showing the process of cooking a recipe, and generally from a top-down view that shows the cooking process from the cook’s point of view. Here, we’ll talk about how to make a narrated cooking video from start to finish. So how do you do it? All set up and ready to shoot—this is Karen from Come and Cook.

First off, you’ll need to make sure you know that the recipe is going to work. If you’re going to be the cook as well as the videographer, get practicing! If not, make sure your cook knows exactly what they’re going to be doing. It’s absolutely possible to edit out mistakes later, but if the cook messes up the chopping of a special ingredient, you’ll have a difficult problem. 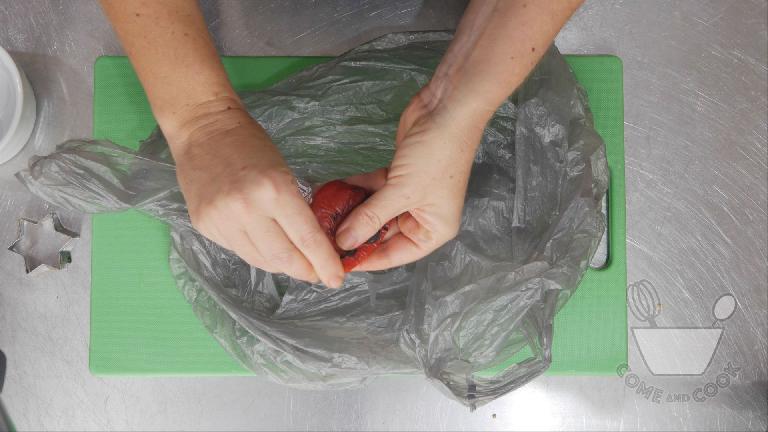 These roasted peppers (AKA capsicum) were prepared earlier and left to steam.

If there are any lengthy steps in the process that can be skipped, it’s also sensible to perform those early. “Here’s one I prepared earlier” is not a bad phrase; everyone understands that the whole process doesn’t need to be seen in real time. For example, roasting red peppers (AKA capsicum in Australia) takes a little oven time, but there’s nothing lost by preparing an extra batch beforehand.

It’s also an excellent idea to measure out everything you need before you start. Some cooks like to do this anyway, but if you’re expecting people to watch, weighing and measuring is less than thrilling and should be skipped. Anything you’re going to chop, mix, fry or do something exciting with can be done on camera, but you don’t have to capture every last moment.

As the camera operator, make sure your cameras are ready to go, have enough power and storage available, and that the time of day is the same on all devices. 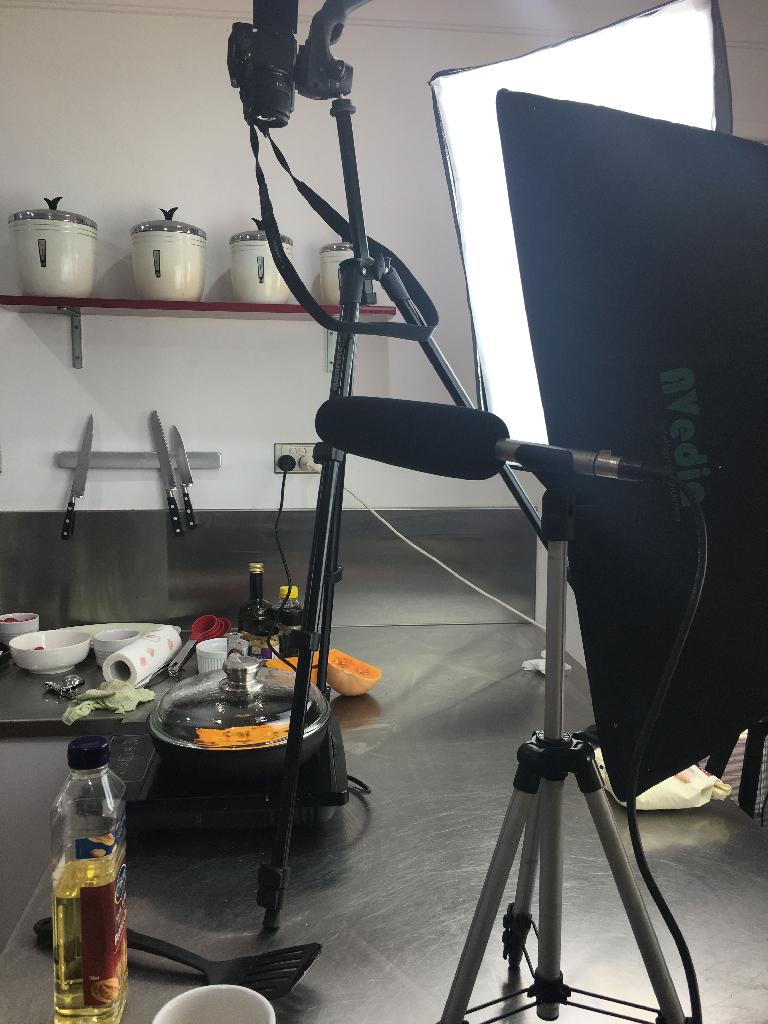 The main camera is above the action, with the tripod weighted down to make sure it won't move; lots of light and a mic on the side (optional) round it out.

When the cook is ready to go and has their ingredients prepped, you’ll need to get your camera(s) set up. Depending on how much space you have, and how many cameras you have available, you might choose to set up one to three cameras. First priority is to film the main prep area from above, and for that you’ll need a light(ish) camera on a tripod. Set two legs to the sides of the prep zone, and the third central leg away from the cook. To be able to point the camera straight down, extend the central tripod leg further than the others, and make it stable by attaching something heavy to that leg. 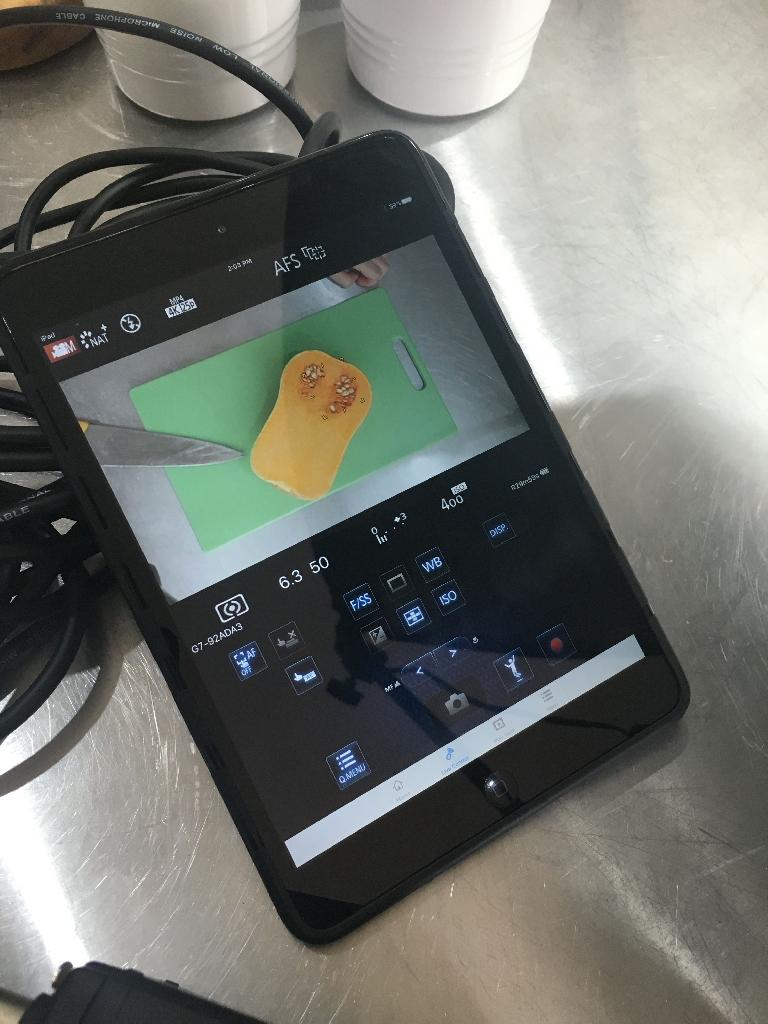 Not perfect for checking focus, but great for remote control.

Ideally, that top-down camera should be able to frame the cooking area while omitting the tripod legs, so do your best. This angle is the one you might want to zoom in from time to time, so if you have a 4K camera, this is the angle to use it on. Since this camera is going to be hardest to see, it’s also convenient if you can control and monitor it remotely. My Panasonic G7’s Wi-Fi allows it to be remote controlled from an iPad, and that's ideal. You don’t need really wide apertures, because you’ll need to keep everything from the countertop to the cook’s hands above the bowl in focus. Therefore, if you’re stopping down…

Let there be lights!

As well as allowing a deeper depth of field, plenty of light will help lift your video into a more professional realm, and soft boxes are as cheap as chips. It’s possible that your tripod will cast shadows, so do your best to minimize them. 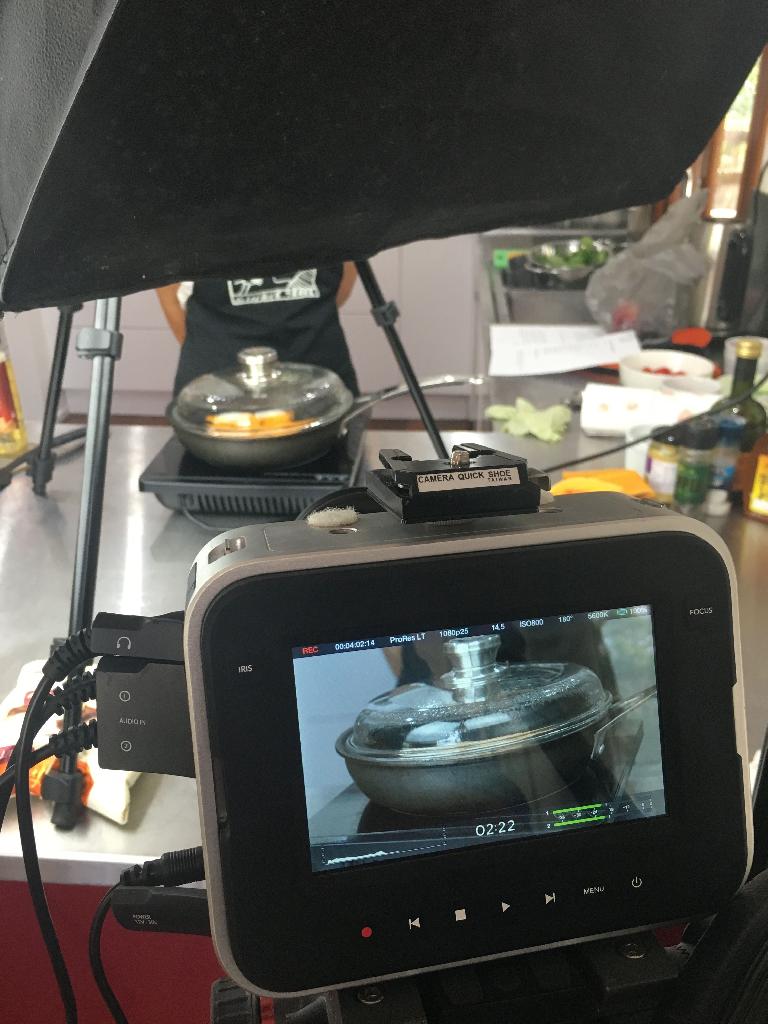 If at all possible, set up a second angle, to catch the cooking process from the perspective of an onlooker. This is a more traditional “cooking show” angle, and will give you flexibility in the edit to break up the top-down shot. Very likely, lights and the main tripod will get in the way of this camera, but catch it if you can.

A third camera might be overkill, but something small and unobtrusive like an iPhone or a GoPro could be sneaked into the mix somewhere. While I didn’t pursue this on my recent shoot, a recipe which required more space or movement—like a trip to the oven—could make use of an extra camera.

Use the best microphone you can, but recording good audio for the actual cooking process is optional. You’ll be editing fairly heavily, and unless your cook is a seasoned (sorry!) presenter, they’re unlikely to deliver perfect lines while actually following a recipe. Instead, record the presenter afterwards, delivering the recipe to camera with good audio. 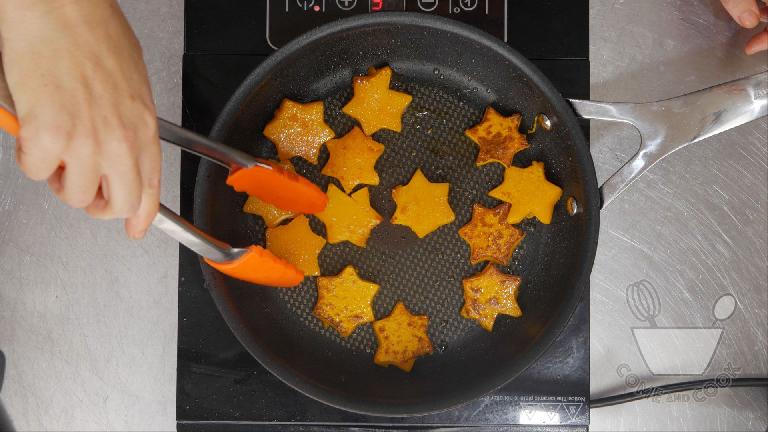 These pumpkin stars released a lovely burst of steam when a lid was removed, but be careful not to damage your gear.

Start recording on all your cameras, and your audio recorder if you’re bothering, and clap a few times to be sure of a quick sync in post. Then get cooking! Try to do everything right the first time, but if you make a mistake, it could well be easiest to perform the entire step again. If there’s a long break that you don’t need to show, stop recording and take a break. If you need to fry something, a counter-top cooker is probably the most convenient option, but make sure heat or flame isn’t going to damage your equipment. 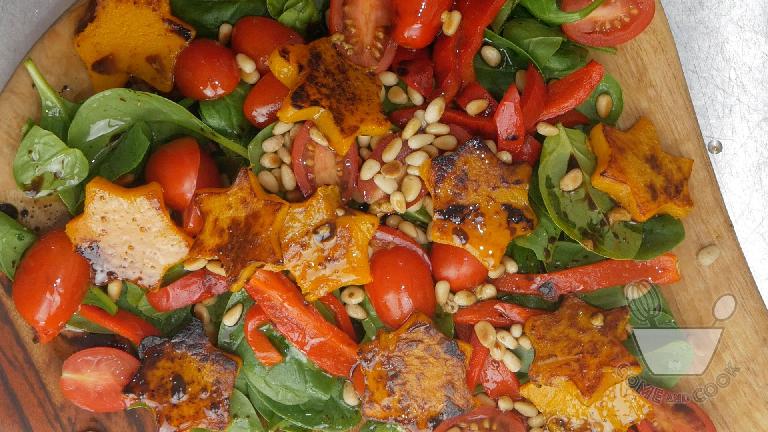 When the recipe is done, you’ll want to make sure at least the main shot is good, so bring along a laptop to let you easily skim the footage. A ten-minute or more shot is painful to scrub through on a camera, and trivial in FCP X. Make sure your presenter is well lit, smiling, and patient.

Record your presenter speaking to camera

It’s best to do this after the main recipe, in case you had to change anything on the fly. It’s not hard, though — move your overhead camera and set up a head-and-shoulders or top-half shot of your cook, talking through the recipe. The main focus is on the introduction, the conclusion, and the audio throughout, but a good presentation can be great b-roll over a relatively boring part of the recipe.

The syncing process on these was trivial, and makes switching clips very easy.

Ingest your footage, then sync up your clips by selecting each set of clips in turn and choosing “Create Multicam Clip”. While the clips might be long, in FCP X the process should take just a few seconds for each one.

The final locked timeline for this job, including separate voice and music tracks.

Once you’ve synced, watch the main angle and select the good parts of each clip by marking the start with I, the end with O, and then pressing F to mark a favorite. Put all the best parts onto a timeline in order, going with the main angle for now.

Take (or edit together) a good narration, and then add that below the main timeline. Now trim and speed up the cooking clips to make the timing match up with the narration. The best way: select a clip, then press Command-R and drag the timing handle at the top right in to the left, to speed it up. In general, speeding up the footage shows more of the process than trimming, and is easier to follow. This 4K shot has been zoomed in to 200% and still looks great.

Grab the introduction and conclusion, and throw them at the beginning and end. If there are any parts of the video that lag, consider switching to your B angle briefly, or back to the cook. If there's anything worth focusing on, zoom that section in. Shooting 4K and finishing in HD can give you the flexibility to reframe your shots up to 200%.

This strategy will produce a narrated recipe, but if you want to keep it really short, you could use titles instead of narration. You'll be able to trim and skip more of the video this way, but any tricky steps will be harder to follow. If this is a promotional video, you might want to add a watermark in the corner, and don't forget to close by advertising the business!

Good music can lift anything, so search widely at your stock music library of choice, make your own, or ask a friend to help. Here, the cook’s partner is a musician who was happy to pitch in, so grab the track, find an appropriate volume, and keyframe it up or down to accommodate gaps in the narration as needed. Sweeten the recorded audio if you know how — a kitchen isn't always the best place to record a voiceover.

After final color grading and effects, just like any other video, export a high quality MP4. Here, I used an FCP X H.264 1080p preset for “Computer”. When exported, upload to Vimeo, YouTube, Facebook, and wherever else you’d like to promote your video. It’s also possible you might want to produce a square (or at least less-wide) video to appear larger on a vertically held mobile phone. If that’s the case, duplicate your final project in FCP X, change its settings to a squarer aspect ratio, then reposition each shot to show it at its best.

And finally, here's the finished video:

As video becomes more mainstream and as more people create their own content, a professional videographer has to stay a step ahead. While social sharing has commoditized some kinds of filmmaking, there’s always going to be a demand for well-made content, and this is exactly the kind of thing which can be widely shared if produced well. You'll need to experiment to find out what will engage your audience—in terms of length and content—but that's part of the journey. Enjoy — and don’t forget to eat the spoils. 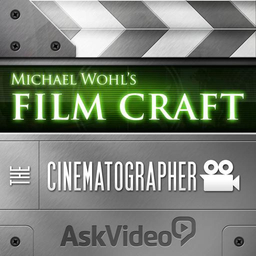