All Articles News
Apogee New ONE Audio Interface for Mac Comes With Discounted Waves Plugin Of Your Choice
Rounik Sethi on Tue, April 5th 0 comments
Language
The new One audio interface for Mac from Apogee is a 2 in/2 out interface with built in microphone at an attractive price point and with offers on Waves Audio plugins. What more could you want?

Santa Monica, California, April 5, 2016 - Apogee Electronics is pleased to introduce a new member of their ONE audio interface family, ONE for Mac. ONE for Mac is a 2 IN x 2 OUT USB Audio Interface/Microphone that is the most affordable all-in-one solution for writing, recording and mixing music on your Mac. The third generation in the Apogee ONE family, ONE for Mac features the same sound quality and essential functionality as the Apogee ONE for iPad & Mac. Now streamlined for Mac-only use, (it does not include iOS cable, power supply or battery operation), ONE for Mac is available at the more accessible price point of $249 USD - with an optional iOS connectivity kit sold separately. Whether you are a beginner or pro, you can use ONE with its built-in microphone, instrument and mic input and high quality output as the ultimate all-in-one tool for making professional recordings in your studio or on the go. 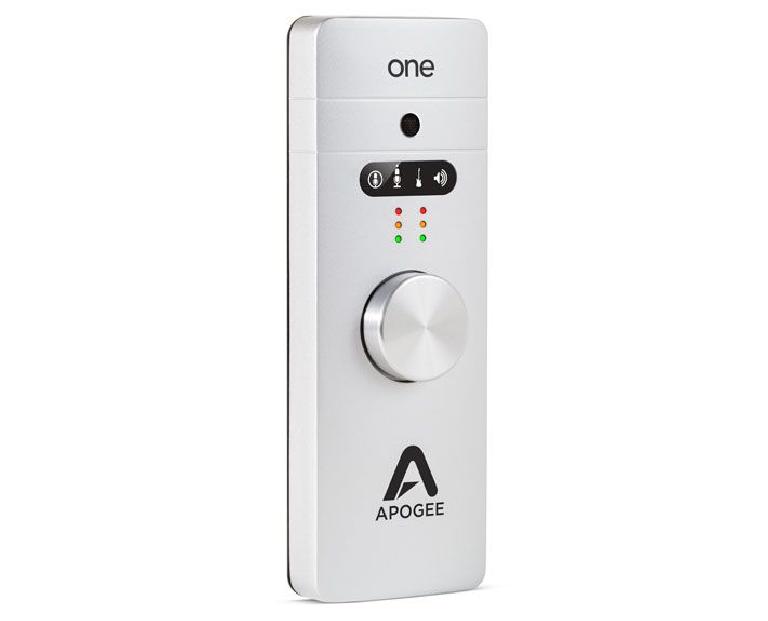 The new Apogee ONE for Mac

Apogee ONE is a music creation Swiss Army knife. Connect a microphone, guitar or use ONE’s exceptional built-in omnidirectional microphone to easily capture your music without compromise. ONE even lets you record with a microphone (built-in or external) and guitar simultaneously. Using Apogee’s industry-leading AD/DA conversion and mic preamp technology, ONE produces pristine music, podcast, and voice-over recordings while also delivering studio quality sound to your headphones for precision mixing or hi-fi listening. With an intuitive controller knob and seamless compatibility with Mac OS X, ONE is easy for anyone to use and works great with GarageBand, Logic Pro X, Pro Tools, Ableton or any Core Audio compatible application. 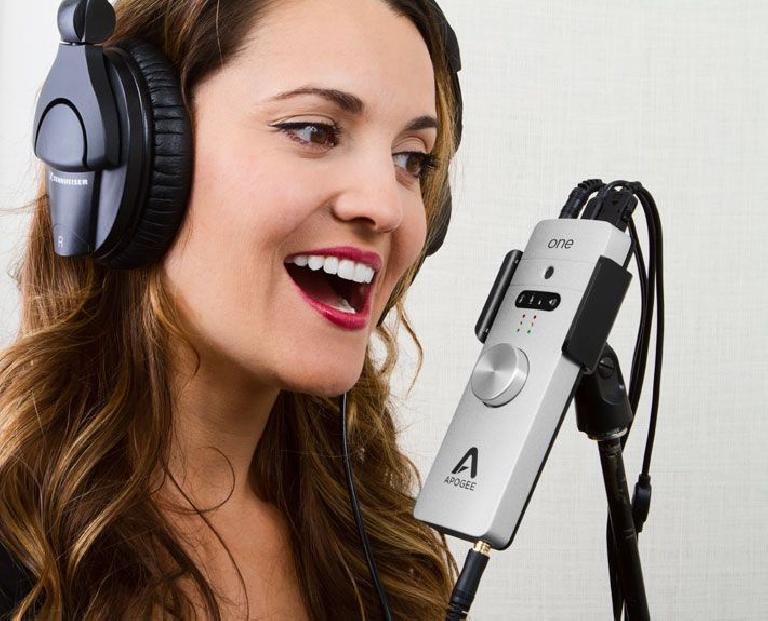 The new Apogee ONE for Mac includes a built-in microphone.

Apogee ONE for Mac users have access to special offers on their choice of any world-class audio plugins from Waves. Simply purchase ONE for Mac from an authorized dealer and register to receive a discount code good for 25% off a single plugin or 35% off any Waves bundle plus an additional $100 voucher that can be used towards your next Waves plugin purchase. These offers can even be applied to any special deals from Waves, giving you the ability to save up to thousands of dollars.