All Articles News
Bleeplabs Delaydelus 2 Is A Unique Hardware Sampling Delay Instrument
Hollin Jones on Tue, July 2nd 0 comments
Only 100 of these unique hardware sampling delay boxes will be produced. Here's how you can be one of the lucky few to get your hands on one...

At its core the Delaydelus 2 is performative sampler that can manipulate the pitch of 4 stereo samples at once. Coupled with extensive CV in and out, a syncable delay, and audio input you have a machine that can make anything from boom bap beats to outer dimensional noise loops, with or without additional gear. It will be priced at $295 and early orders will ship in September 2019.

The Delaydelus 2 is a stand alone unit that can send and receive standard CV and triggers from a eurorack modular or anything else but. It's made to live outside a rack so you can perform with it more easily, or use it without modular gear entirely. It's also a bit taller than a eurorack module.

It's not necessarily semi-modular but self patching is encouraged. The device takes -5 to 9V CV inputs, triggers over 3V, sends 10V triggers, and sends 0-8V CV out Audio in and outs are line level AC coupled. You can use it as a stereo delay effect with one of the 2 through modes. Delay times of the left and right channels are independently adjustable. 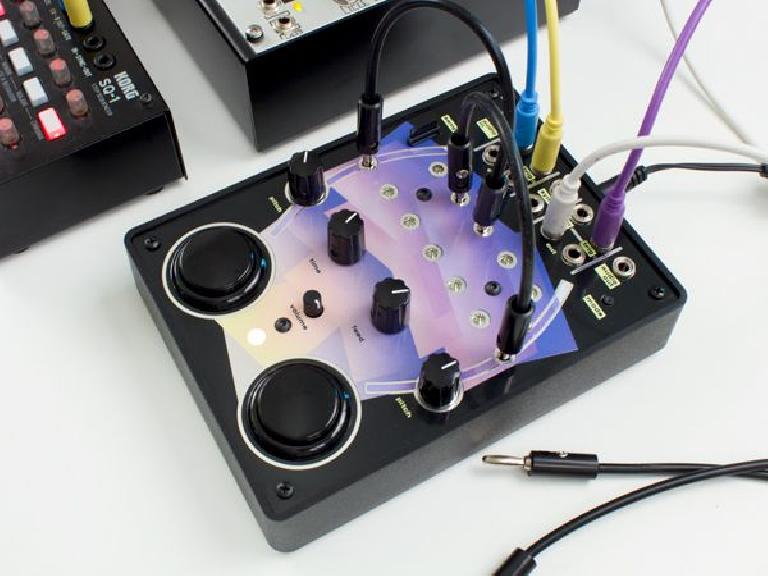