Detroit, MI (June 27, 2016) '• Detroit-based electronic rock composer Klayton, a.k.a. Celldweller, and his company Refractor Audio, are proud to announce his first virtual instrument, TRANSPORT. Powered by the Native Instruments Kontakt and Kontakt Player platforms, it features over 1,400 unique loops and 600 one-shot samples from Klayton’s synth-filled personal studio, as well as mind-bending new ways of mixing and mashing them.

“These are all sounds I created myself, mainly on my analog and modular synths,” says Klayton. “Plus, I processed a lot of them through analog outboard gear and my SSL mixing console. They came together over several years, and I basically did what I always do. I thought about what I would want to hear and what would be useful to me, and now I hope to make it useful to other musicians.”

TRANSPORT is geared towards sample-based music production, with each patch employing advanced key-switching and different MIDI keyboard to select presets, trigger different loops, transpose melodic content in those loops, and cause loop slices to repeat — all in real time. As Klayton explains, “These aren’t patches you just play across 88 keys, but they’re also not simplistic ‘construction kits’ by any means.” In fact, TRANSPORT is far more flexible and a truly unique instrument.

What makes TRANSPORT so unique? First and foremost is the Probability Engine. That’s not a type of warp drive for a starship—just the musical equivalent. Hold down two or more MIDI notes (in the keyboard region designated to the 24 samples per NKI), and the Probability Engine will select different slices from all the loops being triggered at that moment, with however much structure or as much randomness serves the musician’s intentions. 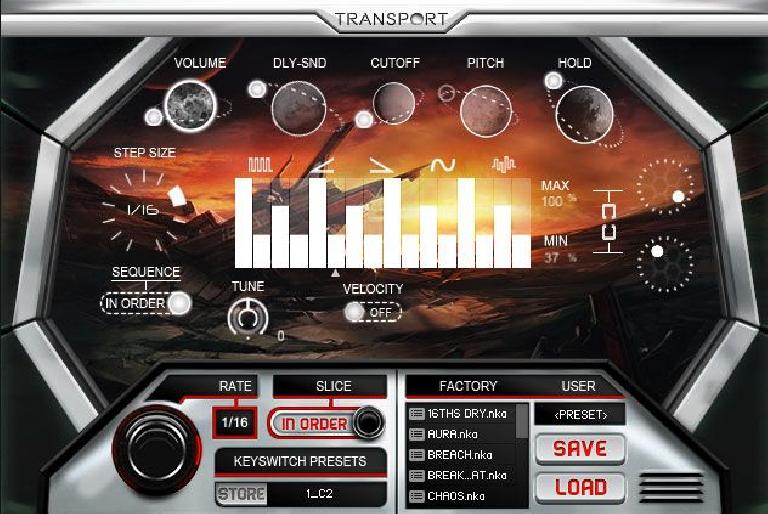 “Let’s say you’re holding down five loops that all have a kick and a snare among other things,” Klayton tells us. “They can play back in a linear fashion, so you’ll be getting all those variations on the drum sounds, but the kicks and snares will always be in the right place. So you’re getting a predictable beat, but a much more interesting one. Then, another mode that will totally randomize the slices so you get an ever-evolving — well, I don’t want to say pattern because it’s not — it’s a progression of content that never repeats itself.”

Next, five step sequencers control volume, delay send, filter cutoff frequency, pitch, and step duration. The first four run on a separate clock from that of the Probability Engine and can sequence in order or randomly, taking the sonic possibilities seemingly beyond our three-dimensional universe. 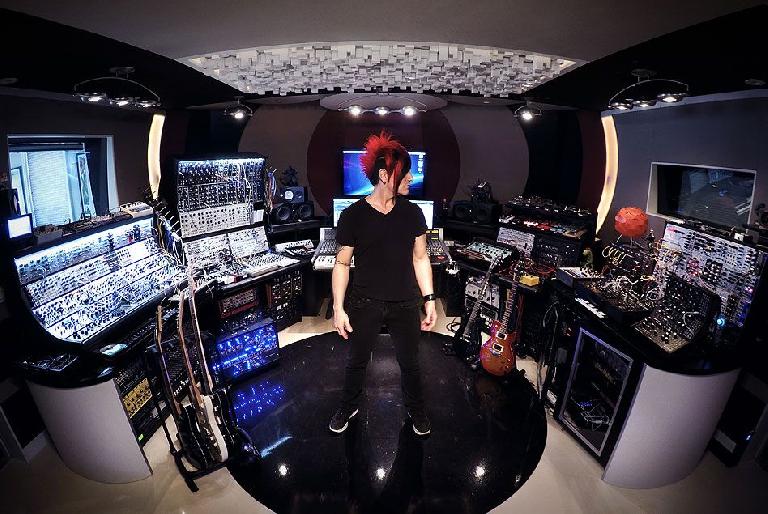 Where the sounds were created and what was used!

“TRANSPORT is technically the first product from my new company Refractor Audio, though I’d done Celldweller sample packs before,” Klayton sums up. “I was creating a lot of content on my modular synths and this ultimately was the inception of TRANSPORT. It took a long time to perfect, but ultimately a Transport user now gets a curated ‘best of’ of everything I’m into, which they can use as they see fit.”

TRANSPORT is available now from https://fixtstore.com/collections/refractor-audio for $199.99.