All Articles News
Dave Smith Instruments About To Release OB-6 Desktop Module? This Photo Says So
Rounik Sethi on Wed, June 22nd 0 comments
Language
Looks like DSI are about to release a desktop module version of the OB-6, the synth collaboration between Dave Smith and Tom Oberheim, two of the most influential polyphonic synth designers.

Dave Smith Instruments tweeted a rather revealing photo today showing not only Daniel Jones and Dontae Winslow at DSI... but it also appears to show an OB-6 desktop module. Exciting news for every synth fan.

Look we've even highlighted it in the pic below ;) 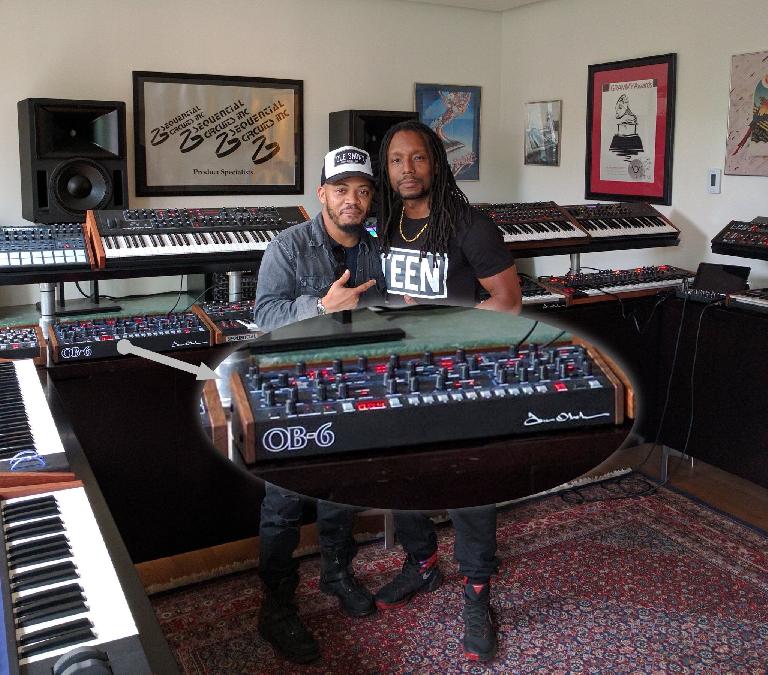 The original OB-6 was announced back in January at NAMM 2016 to much acclaim.

We ssupect the OB-6 desktop module will share the same spec as the keyboard version... but we haven't received any details to confirm this yet. So, here's the spec of the original:


As soon as we find out more info about the OB-6 desktop module (and whether it will ever be made available to buy) we'll let you know... Stay tuned.