All Articles News
Innovator & Audio Engineer, Joseph Grado, Founder of Grado Labs, Passes Away
Rounik Sethi on Mon, February 9th 0 comments
Language
One of the most influential innovators in the area of high-fidelity headphones and cartridges for vinyl and founder of Grado Labs has passed away. His story and that of his company is fascinating.

Joseph Grado left school at 16 as a master watchmaker and began crafting phono cartridges from his home in Brooklyn, New York. And it was as far back as 1953 that Grado Labs, now world-famous for their high-end headphones and cartridges, was born. Amongst the 48 patents he held, Joseph Grado 'is credited with inventing the stereo moving-coil cartridge' which converts the analog grooves found in vinyl records into an electric signal. 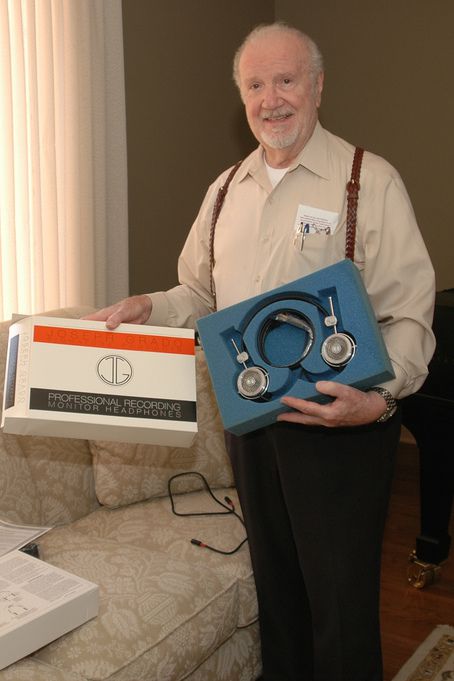 Grado Labs is still run from the same building in Brooklyn. While not all of the headphones are manufactured there, some are, which is incredible some 62 years on. To learn more about Grado check out their timeline page where you'll discover important tech and product launches and even the 2013 collaboration with Elijah Wood and Zach Cowie (sold out on the first day) where the headphones were made from Bushmills '˜ Whiskey Barrels.

The Grado family issued the following statement on the passing of Joseph Grado:

It is with a heavy heart for the Grado family to say that Joseph Grado, founder of Grado Labs and inventor of the stereo moving coil phono cartridge, passed away this morning at the age of 90. In the early 1950s, Joseph began using the skills he gained as a master watchmaker to start crafting phono cartridges on his kitchen table in Brooklyn, New York. He went on to clear out the Grado family fruit store around the corner and in 1953, Grado Laboratories was born.
Joseph guided Grado until 1990 when he passed the torch to his nephew, John Grado, and our headphone era began. For the past two decades, he enjoyed living in South Carolina building and tinkering with anything to do with audio. The Grado family holds Uncle Joe in the highest regard, and without him, not only would we still be working in a fruit store, but we would have never started making headphones.

'" John, Jonathan, and the Grado family