All Articles News
Is Micro-TS The Latest World's Smallest Synth?
Rounik Sethi on Sat, March 4th 1 comments
Language
If you're not a fan of slim keys on your synths you might not be a fan of this super, super small (but functional) synthesizer, Micro-TS, But it appears to be the world's smallest synthesizer now!

As a proof of concept the work being done by Jan Ostman of DSP Synthesizers is eye-catching. The Tiny-TS credit card sized synth was a revelation. And it's been developed into a more usable form factor now available at Hackster.io. And it appears to have lost its claim as the smallest synth in the world now that Micro-TS has arrived. 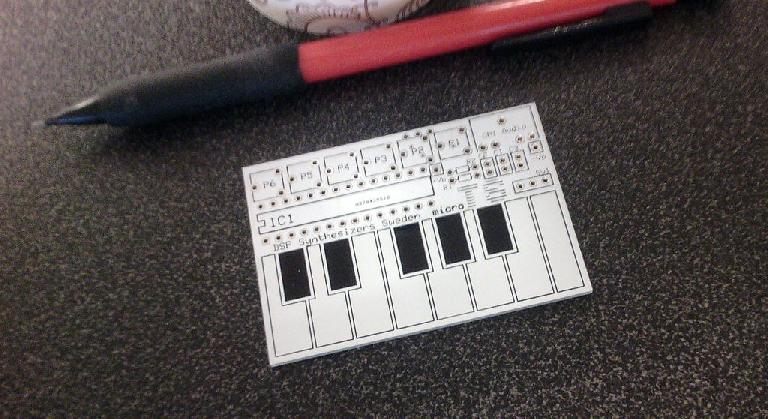 To be fair the Tiny-TS is a capable synth considering its size. Its synthesis method is "Resonant Peak Modeling” modifing 2 sine waves to simulate a resonant low-pass filter which is similar to FM synthesis. Jan explains “the synthesizer parameter knobs includes: DCO: Coarse pitch and Double. The CV out follows the keyboard and coarse pitch. DCF: Filter peak and ENVmod. ENV: Attack and Release affecting amplitude." 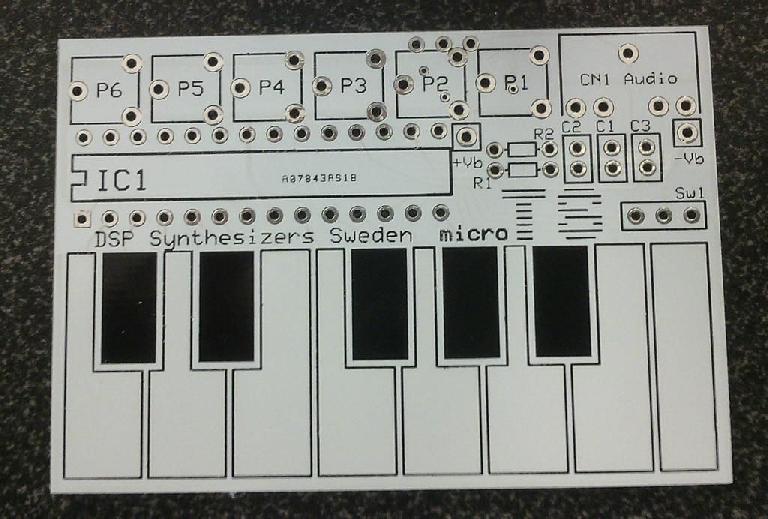 Jan says his new Micro-TS has all the same spec as the Tiny-TS... but it's just that much smaller. If you think the Tiny-TS was too small, then you're not going to be a fan of the Micro version! It is the size of a key fob: 61x41mm.

There are no videos of the Micro-TS in action just yet, but assuming it is exactly the same as the Tiny-TS, here's a video of it making sounds: