All Articles News
Korg Minilogue XD, Expanded 3-Oscillator Synth Shown Off At NAMM 2019
Hollin Jones on Mon, January 28th 0 comments
An extra oscillator is just one of the new features in Korg's upgraded version of its popular Minilogue hardware synth. Here's a hands-on look at what it can do.

A four-voice polyphonic analog synth, the analog synthesizer circuit of the minilogue, whose genuine analog sound had a huge impact on the synth world, has been further developed for the minilogue xd. In this live demo from NAMM 2019, Nick from Korg shows you everything that's new, bigger and better, as well as running through some of its awesome patches.

The voice structure of minilogue xd is 2VCO + MULTI ENGINE, 1VCF, 2EG, 1VCA, and 1LFO. In addition to the distinctive circuits found in the series, such as wave shaping to shape the overtones of the oscillator and a sync/ring switch, there's also cross modulation, a sharp two-pole filter, and a drive switch that adds thickness and drives signal into minilogue xd’s filter. Every parameter has been tuned in detail based on what musicians want out of their synth. The sounds range from the warm pads typical of analog to fat basses and crisp lead sounds, covering every situation. 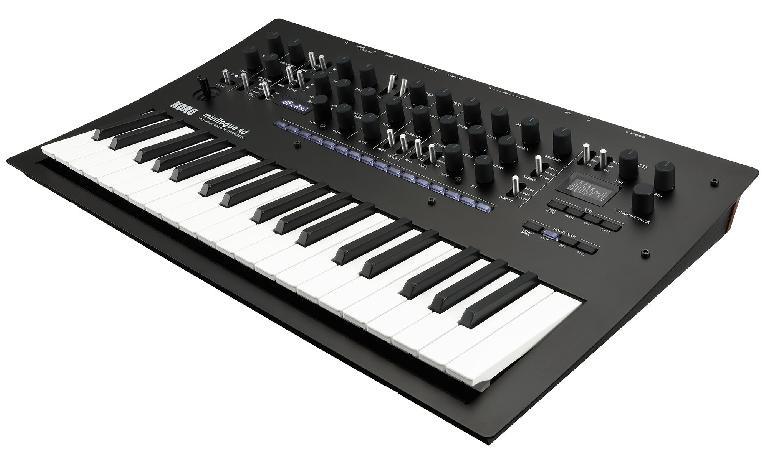