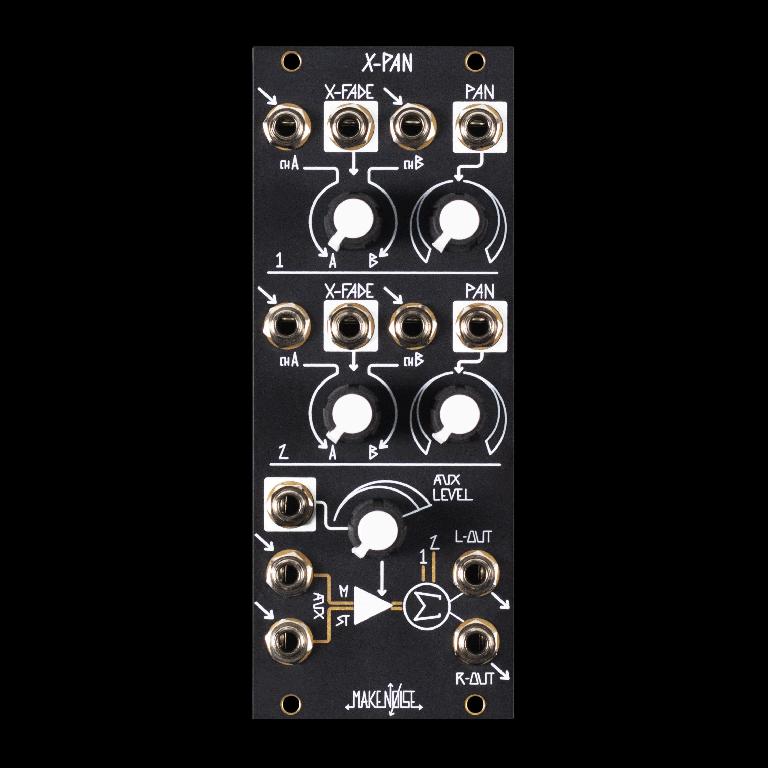 X-PAN is highly responsive to control signals allowing for exploration of the fluctuating stereo sidebands possible with Audio Rate Crossfading and Panning. It is Direct coupled for use as a CV Processing and Routing toolbox. X-PAN consists of two full featured Channels and one simpler Channel. The top two Channels each have voltage controlled cross-fading and panning while the third Channel is a stereo aux input with stereo VCA. All three Channels are combined together at the stereo SUM outputs.

Learn eurorack synthesis inside out: https://ask.audio/academy?nleloc=category/audio/topic/eurorackmodular