All Articles Recording & Production
Music Production Tips: Breaking Through Creative Blocks
Noah Pred on Thu, June 11th 1 comments
Language
If you're suffering from writer's block there's good and bad advice around on the net. So, we asked 5 successful producers and artists what they do when facing a creative drought. Essential reading.

Writer's block is the sworn enemy of creative professions. We've all been there: staring at an open DAW, taunted by the empty timeline, a folder full of samples, and no clue where to start'"or even arriving halfway through a project before realizing it's practically identical to another one of your projects. What's the best way to get over the hump? We asked a handful of talented producers to discuss their strategies for overcoming the barriers that would otherwise keep us from being productive.

Best known as Deepchild, Rick Bull is a prolific producer in multiple genres, with a few notable side projects to boot. His releases for Trapez, Thoughtless, and Danse Club have been tearing up dance floors for years. His advice for writer's block may seem counter-intuitive at first blush, but there's no doubt it works for him. 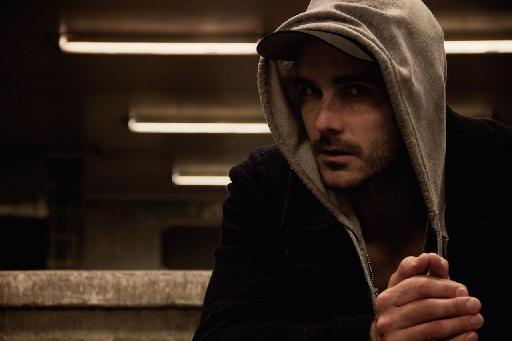 'The singular most powerful secret I've found to catalyze the creative process is to extricate myself almost entirely from it. Not partially'"entirely. Paradoxical? Maybe. Creativity's beating heart can thrive on self-abnegation without nihilism: non-doing; forgetting. Practically speaking, I offer two simple strategies.''¨'¨

'First, turn up to the studio every day. Go through the motions of writing without judgment, without application, without any particular vision or agenda. Write, save, delete. The process is all that matters. Then, in the midst of a project, save multiple versions, but also feel free to ruthlessly delete ideas. All you've lost is your file'"not your creative potential. Hard-drive crashes can be a secret blessing'"a mental enema.'

"Write, save, delete. The process is all that matters."

'The other strategy is to pretend to be someone you're not. In the middle of a techno track? Stop and pretend to be Dr. Dre, or Fela Kuti. Generate your own cover version of a popular song. Through this act of pretending, there's a good chance of generating ideas with more levity and 'authenticity' than those wedded to your '˜own' vision of what you '˜should' be making.'

Heady advice, no doubt. London's Silky has recently made a name for himself with releases on major deep house imprints such as Culprit, No.19, and My Favorite Robot. His advice for those stuck in a rut is comparatively straightforward. 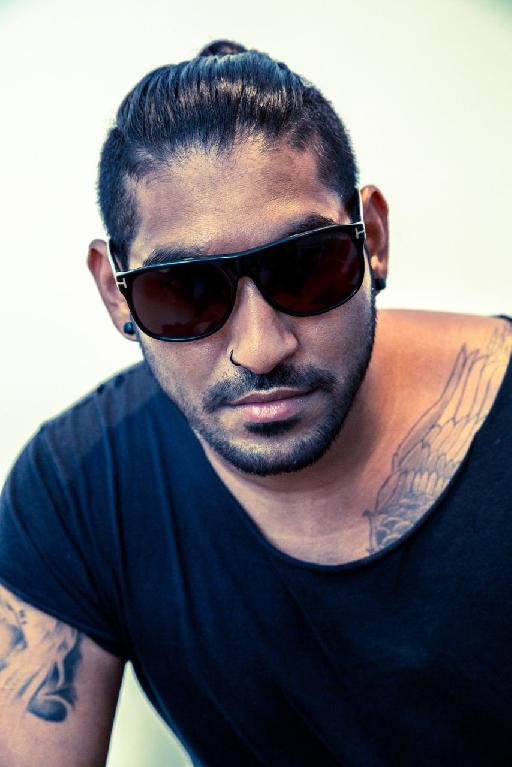 'I start up by having a plan or a blueprint of the song I'm writing: which key, key changes, etc., so I know where I'm going with it. If you do get stuck throughout, I would say the first thing is to take a break from what you're working on. Either a complete break from the studio, or at least work on something else. Many times, I've forced a project and end up losing the vibe or direction completely.'

"Or the alternative that works for me, is literally jumping on the piano. It's almost like pressing a reset button!''¨'¨

Canada's Nathan Jonson, better known as Hrdvsion, has been blowing up with releases for Rinse, International Deejay Gigolo, and Wagon Repair'"while producing and performing together with his superstar brother, Mathew Jonson, as Midnight Operator. When he's not producing mind-altering cut-up remixes, he's just as likely to be building interactive games for MIDI controllers. His trick for busting writer's block has a strong emphasis on 'mise en place': being prepared to capture creativity whenever it decides to strike. 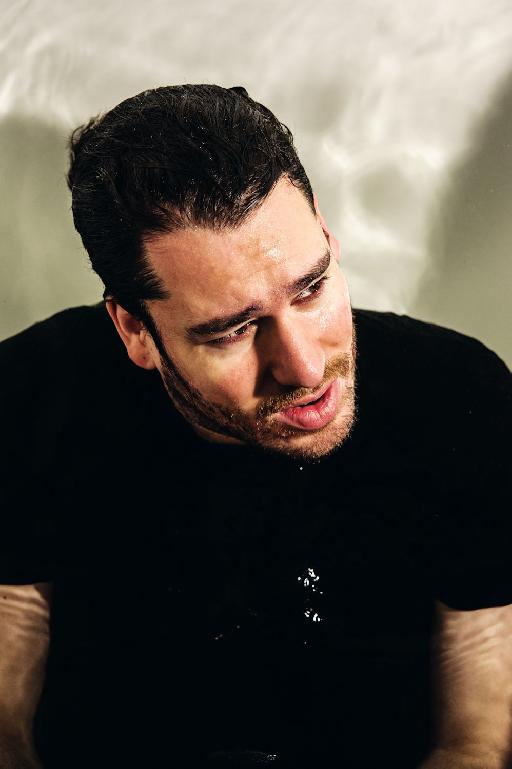 'Often I find that inspiration comes at the strangest times. Something that helps me with creative block is to be able to keep the music juices flowing when inspiration does in fact show it's face. To do that effectively, I need an organized workspace, as well as an optimized workflow. Recently I've arranged all my external equipment so it's instantly useable and recordable. Having a regular setup also allows me to visualize music and potential experiments in my mind when I'm not working, even away from the studio.'

"I've arranged all my external equipment so it's instantly useable and recordable."

'In the past, when my studio was more chaotic, it was much more difficult to visualize my ideas and translate them into music. Now I'll be watching Star Trek: The Next Generation, for example, and boom'"suddenly I've got an idea. It's difficult to put Jean-Luc on hold, but since he can relate to my goal, he doesn't mind'"and since my workflow is so well optimized, it's not long before I'm boldly going where no one has musically gone before.''¨'¨

So Nathan's approach might require a bit of homework, but Toronto's Arthur Oskan has some more immediate advice. A legend of the Canadian techno underground, the Juno Award-nominated artist's latest releases on Cityfox and Beachcoma have earned him renewed global attention. 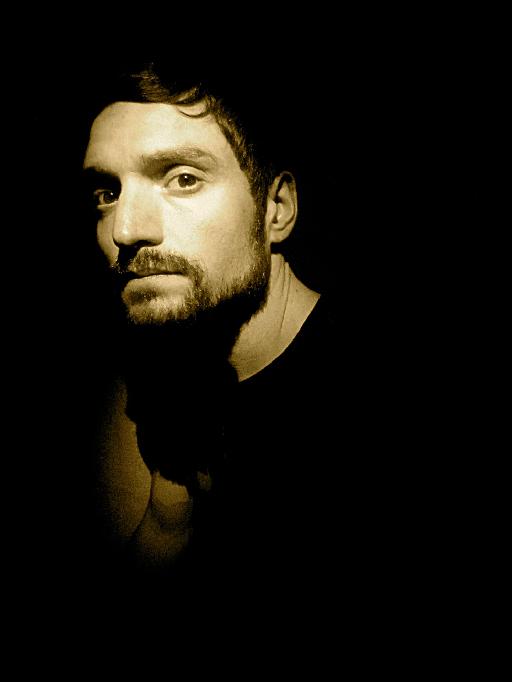 'All artists have periods of drought, but finding ways of overcoming them is part of the journey. Try to gain perspective by getting away from your traditional confines. New surroundings provide insight'"perhaps a park, rooftop, or if you're lucky enough, a beach. When creativity strikes, move quickly. For sketches on the go, I always have an iPad handy with a few music apps; two favorites are the Korg-iMS-20 and the Waldorf Nave.

'In the studio, avoid diving head first into your plug-in folder. The key here is to just let go and write music'"leave the sound design for later. If you're stuck on an idea, try using a new instrument you wouldn't normally go to. Pick up a microphone or guitar'"whatever you have handy.'

"If you're stuck on an idea, try using a new instrument you wouldn't normally go to."

'I also look for inspiration from other media. When both sight and sound are in effect, it provides a creative backdrop for my own work. Lose yourself in a film and you might just discover a creative approach you wouldn't have come up with otherwise.''¨'¨

Berlin's Tim Xavier is known for his gritty, uncompromising techno releases for Upon.You, LTD400, Kling Klong, Rrygular, and his own Face to Face imprint. He leaves us with some wisdom all producers should strive to abide by. 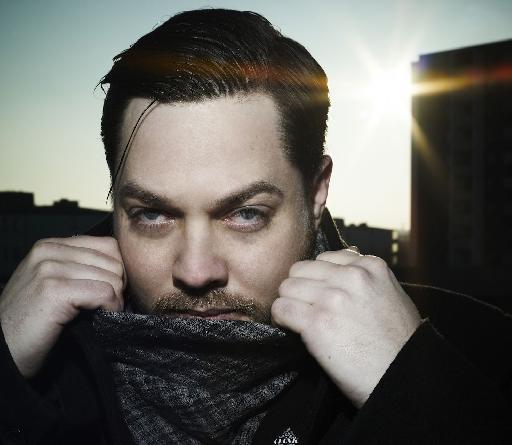 'Basically when I'm in a rut and feel bored or frustrated with my audio work, the first move is to try and produce a sketch that's somewhat in another genre'"but still inevitably my style. For instance, this techno thing isn't working today: let's make a hip hop beat and raid those Smokers Delight sample packs I never touch. Another strategy is to explore various new soft synths and start a new tune by creating the hook or synth parts before the drum structures I'd typically start with.''¨'¨

"Having fun and not over-thinking your process is the number one rule.'

'The most important thing is to not beat yourself up or put too much pressure on yourself when you feel like you should be productive. Let's face it: forced art of any kind usually turns out terrible and contrived. Having fun and not over-thinking your process is the number one rule.'

Get inspired with more creative tips and workflow tricks from top Electronic Artists and Producers in the E.A.R series at AskVideo.