All Articles News
Nanoloop 2 Is A Handheld Synth And Sequencer With Game Pads, On Kickstarter Now
Hollin Jones on Wed, March 13th 0 comments
With an FM-based software synthesizer based on the Game Boy Advance's 16 MHz CPU, a sequencer and plenty of I/O, this new synth looks like it will be a lot of fun.

Here's something cool - a new handheld synth and sequencer, on Kickstarter now, that has smashed through its funding target. Priced at just 97 Euros, it's certainly a tempting proposition.With four voices, a sequencer and MIDI, audio and CV in and out it certainly packs a lot into its compact frame. Here's what its creator, Oliver Wittchow, had to say about it. 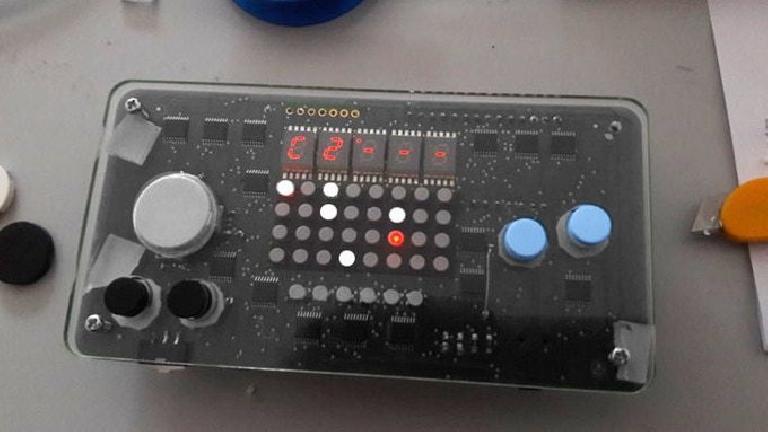 "After years of existence as cartridge for portable game consoles and smartphone app, nanoloop finally makes it into a dedicated hardware. Combining the casual game pad interface with beautiful LED dots and digits, this device forms the ideal platform for the proven nanoloop software and its iconic 4x4 matrix sequencer.

While the first version of nanoloop (still available as “nanoloop one”) relies on the Game Boy’s internal tone generators, subsequent variations have their very own sound:

The new nanoloop device merges these two approaches and combines FM with analog for maximum flexibility."