Berlin, June 8, 2016 – Native Instruments today released the free REAKTOR Blocks 1.2 update. Blocks 1.2 adds major improvements for integrating hardware into REAKTOR-based setups. The update adds three new utilities, as well as introducing a MASCHINE sequencer and a set of eight drum modules designed to recreate the sound of a legendary drum machine. Coinciding with the release is a new series of tutorials demonstrating Blocks integration. The Blocks 1.2 update is available for free via the NI Service Center.

An introductory video and Kadenze’s set of REAKTOR Blocks 1.2 tutorials are available at:

REAKTOR Blocks 1.2 also marks the release of nine new Blocks that add enhanced functionality to MASCHINE and dedicated drum voices to the REAKTOR Blocks framework. The MASCHINE Sequencer Block is an eight-channel trigger sequencer designed to control Blocks patches directly the MASCHINE MK2 controller. The sequencer also features a Euclidean pattern generator that automatically creates new polyrhythmic structures within a sequence. The MASCHINE Sequencer Block is available free in the NI User Library. Niji Drum Blocks are eight drum modules that recreate the sound of a legendary drum machine. Combining these voices with the MASCHINE sequencer allows users to create their own custom drum machines. 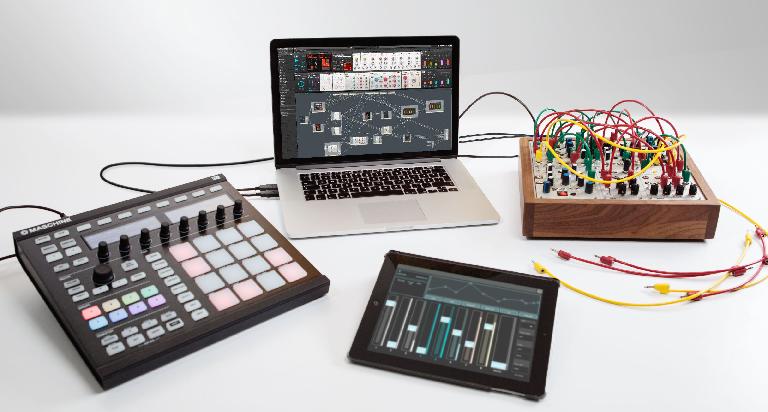 Released in conjunction with the Blocks 1.2 update, Owen Vallis of the online education platform Kadenze has created a series of tutorials demonstrating how to integrate a setup – including hardware – with the new Blocks included in the update.

The Blocks 1.2 update is available free via the NI Service Center.

Additional information on REAKTOR 6 is available at:
www.native-instruments.com/reaktor6 Dream It. Do It.
Do you want to learn BLOCKS Explored?
Yes, I want to learn!
No Thanks, I just want to read the article.
Feedback
How are we doing?
We'd love your thoughts, feedback and questions regarding our new site. All feedback is appreciated!
We do not respond to this form! If you need support, please visit our support page.
Thank you for your input!
Your message has been successfully sent
Course Advisor
Don't Know Where To Start?
Ask A Course Advisor