After reviewing and using some pretty mammoth DJ controllers recently, it was truly refreshing to review something compact and lean. The Twitch is light, portable and perfect for throwing into a laptop bag or rucksack.

The Twitch squeezes nicely into any studio space.

It’s also USB bus powered and worked perfectly when plugged into my MacBook Pro. Of course the upside of all of this is that the unit would be just as suited at a party as it would be in the studio. Plus it won’t rob you of too much desk space.

Even though the Twitch is small and light, some clever design using raised feet and large rubber pads ensures that there is zero movement, even when you are engaged in some heavy tweaking!

Novation have done a sterling job of squeezing an impressive number of knobs, faders and buttons onto the Twitch’s front panel. I found everything was here, including EQ, transport, effects, a dedicated master section, file browser and some nice illuminated touch strips.

In fact there are possibly more controls here than you might see on higher priced controllers, so all in all this aspect is pretty impressive. Couple this with a good number of physical outputs (including two sized headphone outs) and you have an impressive little package.

A couple of caveats here are that there are obviously no jog wheels of any kind. This is evidently how Novation were able to make such a compact interface. It’s also worth noting you can change the pitch with the dedicated pitch knobs.

There are a good collection of outputs and routing options.

Also the quality/build of the faders and knobs is perhaps not as good as those you’ll find on higher end units, but they certainly didn’t stop me enjoying the Twitch. It really comes down to the old adage... You get what you pay for.

After easy installation of the latest version of Serato Itch and the drivers, I found the performance of the unit to be excellent. Sound quality was solid, communication with the software was seamless and there was no apparent lag. I found the interface of Itch simple and extremely intuitive and was mixing in no time.

The Novation site offers some pretty interesting templates and downloads for the Twitch.

The latest version of Itch is scarily easy to use.

One of my favorite areas in the mix has to be the 8 Hot Cue/Looping buttons. These can be really effective for instantly mashing up sections of your tunes without risking your perfect mix. You can quickly create impressive short loops and effects and then get straight back to the track in seconds. Very cool.

There are 16 of these Hot Cue knobs in total.

Another thing that is worth adding is that the Twitch comes with a neat Traktor overlay and a mapping template can be downloaded from the Novation site. This allows you to completely control Traktor as well as Itch. The overlay is really well thought out and even gives you dedicated controls for all four effects units and the filters.

The Twitch with the Traktor overlay fitted.

So, if you are in the market for a compact, portable DJ controller you could do a lot worse that the Novation Twitch. The fact that it will control Itch, Traktor and Ableton Live is a big plus and stand out features like the touch strips and loop/cue pads are a big bonus. Grab one of these, throw it in your bag and go and make a good party better.

Learn about about the Twitch here! 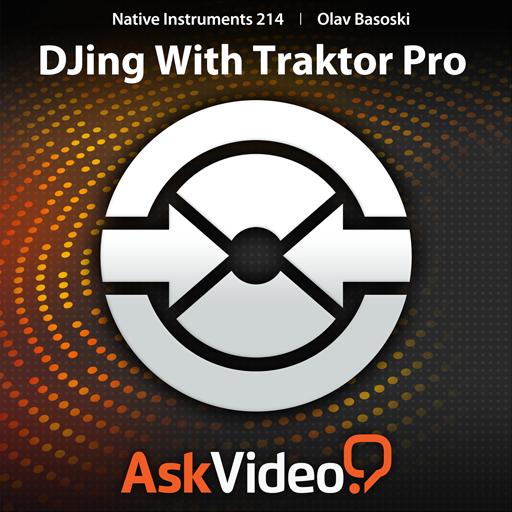