All Articles News
Remember This DIY Modular Analog Mixing Console? It Just Got Even Better
Rounik Sethi on Thu, May 10th 0 comments
The customisable modular analog mixing desk system that grows or shrinks depending on your needs and budget, Mixerblocks now looks even better than before and there's three new block types available.

Earlier this year we reported on Finegear Mixerblocks, an easy to assemble modular analog mixing console system that grows with you studio's needs and lets you choose the channel strips you need and configure it yourself.

Finegear were at Superbooth18 and in time of the event made some changes and improvements. Here's what' s new... and you can expect a review from us here at Ask.Audio as soon as we get hands on with the latest pre-production model coming our way. 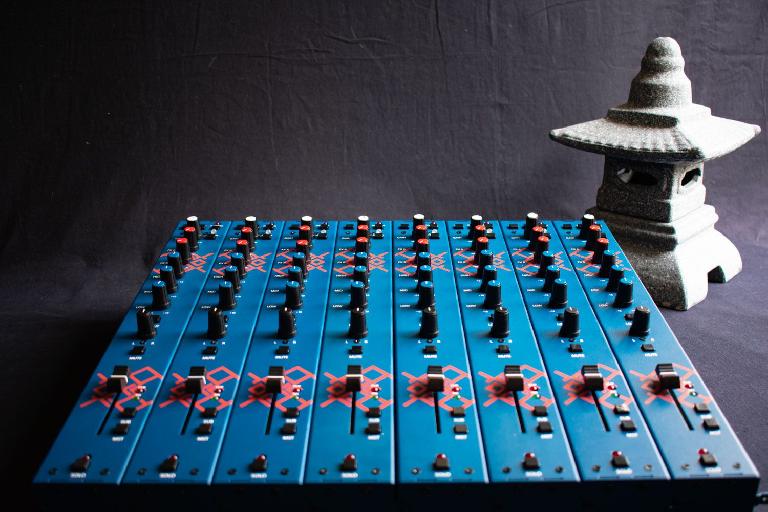 At this year’s Superbooth at the FEZ in Berlin, Finegear showcased a new and refined version of the Mixerblocks series of fully analog modular audio consoles. Since you last heard about Finegear, the team have been working hard to complete, improve and refine the Mixerblocks concept with:

They showcased an analog 8-channel set-up, full with extra-blocks (new vu-meters included) and black MDF cases.
Last but not least, Finegear were able to show the first prototypes of the sheet- metal enclosures and are very thankful for the warm welcome they received!

...bringing the total of blocks currently available for pre-order to seven! 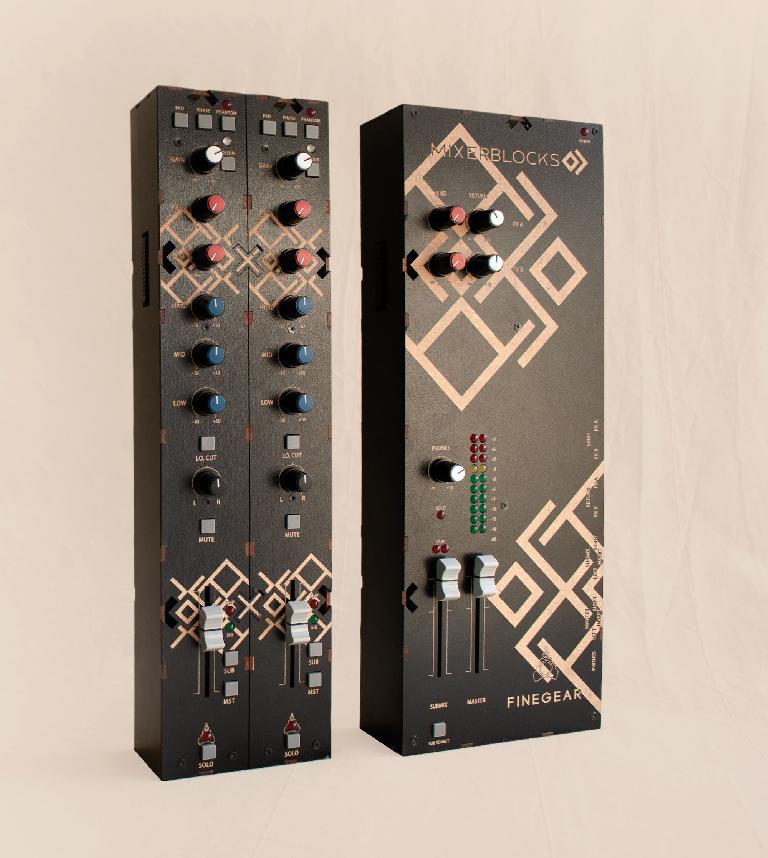 The extra buses blocks add extra submix buses by groups of four.'¨ A channel with one or more XBUS blocks can have its left or right channels routed to one of the four submix buses. Each of these busses has a volume fader, a clipping LED, routing switches to the left and right master channels as well as a balanced output and an insert jack.

The extra effects send/return adds a supplementary effect send/return to the console. Thus, a channel’s pre-fader or post-fader signal (selected with the PRE/POST switch) is routed to a balanced audio output to be connected to an effect’s input, while the effect’s output can be inserted in the console through a stereo (unbalanced) input.

The extra meter and output block contains a 10 LED peak meter, a balanced output jack, an insert jack and a jumper to select if the signal is pre or post fader.

This block is a special because there can be only one per channel and it always has to be the last one connected. The meter is mounted at an angle to help you keep an eye on signal levels.

Finegear started working with a new fablab in Bucharest and we couldn’t help experimenting with the black mdf. The results were beyond our expectations, allowing us to fulfill the request many of you made for black enclosures. The contrast between the black paint and the natural mdf beneath makes for an even more inspiring console, revealing the musical instrument that a mixer is for many producers and sound engineers alike. 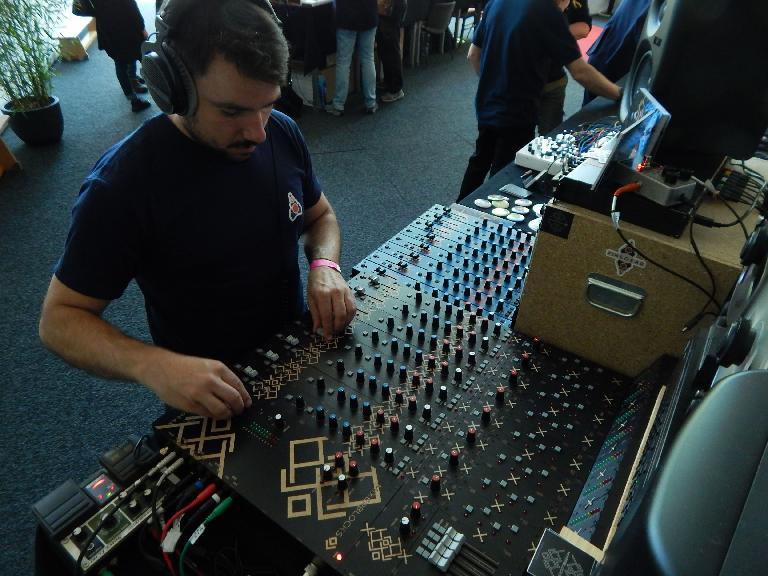 They’ve been talking about a sheet-metal enclosure for the Mixerblocks for a while now and it’s starting to come true. After hundreds of hours of 3d rendering and virtual cutting, hundreds more of fine tuning and mind-bending aligning... we’ve just received the very first prototypes for the Basic Channel enclosures.

Changes are coming to the shop too, as Finegear are expanding on their DIY offer to also bring mounted modules and a selection of bundles for the most common set-ups. Expect 4-channel, 8-channel and 16-channel set-ups, to which you’ll be able to add the extra-blocks of your choice. And we’re told these will come with a special discount!