There are some companies out there that appear to really have their pulse on what's going on, and what musicians, DJs and regular old tweakers are looking for. And, Akai is currently one of those companies.

Recently, I got a chance to spend some time with the MAX25 MIDI controller from Akai Professional. And, in jumping in to the thick of it, I got to find out why this controller is far more than any old controller. Let me tell you why...

Before we get in to the extra bells and whistles, let me come right out and say it, the MAX25 is actually quite beautiful, but it's also extremely sturdy. The glossy red finish, the pads, the mod wheel and pitch bend are all nicely recessed and will hold up to some punishment, either on stage, or in transit. However, because it's so pretty, it's going to be one of those pieces of gear that I could see people being a little extra careful with, if only for the reason of preserving the clean, glossy feel. I don't really think I've seen a single keyboard controller out there that looks better than this guy. 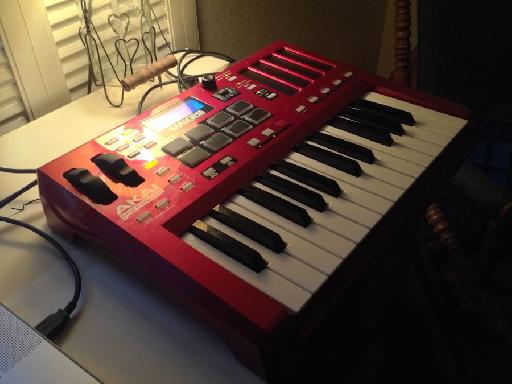 Before getting into the one thing that everyone wants to know about, the pads, I'd like to talk about the keys. Akai chose a really wonderful set of keyboard keys for the MAX25. Not only are they semi-weighted, but they are a nice, springy semi-weighted. There are those controllers out there that feel spongy, and while they work wonderful for organ, and piano parts, they won't really do for 16th and 32nd note basslines. Akai appears to have discovered an extremely nice middle ground. They are responsive and have that slap back that makes doing some really fast electro very tactile and exuberant. They are also neatly recessed in such a way that you won't have to worry about the keys being caught on corners, and you're moving the MAX25 around. Nice polish, guys. 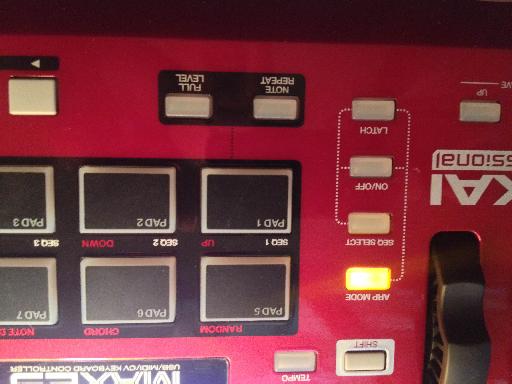 More Than Just a USB Controller

Okay, so at this point, we have described a very nice USB controller. And, the world has many of these. But, here's really the part where Akai is showing what it knows about what we want.

Beyond the fact that there's an amazing USB controller, that is sturdy and looks amazing, we've got an extra element added in that Akai knows all too well. Within the MAX25 is a very cool, very simple sequencer, along with an arpeggiator that can be used to send MIDI back to your DAW, and used to control hardware MIDI, and Control Voltage-based devices, as well. 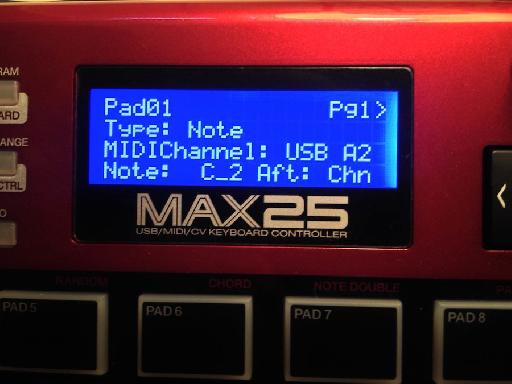 So, if you're one of the many who are experiencing a renewed interest in hardware, you might want to give the MAX25 a look.

The Control Voltage feature is actually huge, because it affords you the ability to convert MIDI coming over USB to control voltage, which can be resent to your control voltage based synth, drum machine, and so on. Up until now, you'd pretty much have to rely on specialty boxes, exclusively for this. Now, you can have a controller that does USB MIDI, MIDI and Control Voltage. Akai has definitely done their homework. 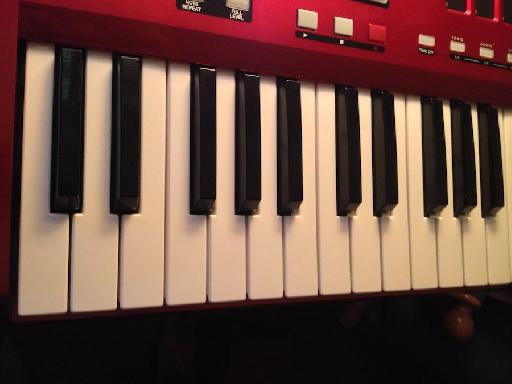 I set up the MAX25 to accept MIDI sync from Ableton Live so that I might get an idea of how well the arpeggiator could work with my soft synths, first. Once sync was active, and I'd modified the MIDI latency, a little, I was able to experience a very cool arpeggiator that was actually sending MIDI to my DAW. Thus, I was able to record my rapid melodies and so on as actual MIDI, and then tweak the MIDI that I'd recorded from the MAX25, in Ableton. This is something I'd been hoping for, for a while in a controller. 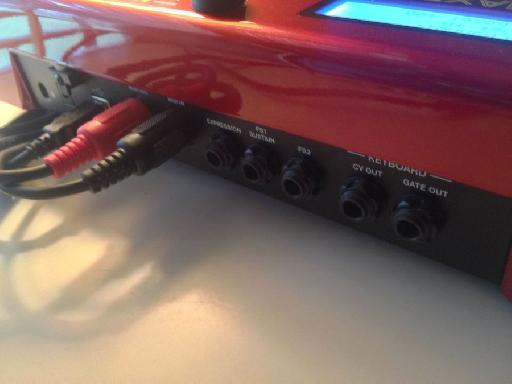 The sequencer is a very cool addition to an already fine controller. I had a lot of fun using the ribbon controllers present on the MAX25 to create simple sequences. I didn't find the sequencer particularly robust, in comparison to the hardware sequencers that I'd used right before I switched to a computer. But, for a simple step sequencer, there's a lot of possibility for some great fun. Sequenced patterns can be stored on the pads that adorn the MAX25, and there's even a mode where the keys can trigger MIDI sequences, as well.

Keep in mind, this is a sequencer that seems to be more intended for simple, live performance. But, it is fun, and definitely adds some possibility for interesting, outside of the box, melody making.

The Sequencer also provides the opportunity to modulate assigned parameters on your soft, or hardware synth, too. So, if you do pick up the MAX25, make sure you explore it. It's surprisingly in depth.

Purchasers of the MAX25 will also find a code for Ableton Live Lite, as well as the Akai Connect, and Ignite. Akai Connect allows you to go through and do some advanced programming of pads, faders and so on, with little effort.

The MAX25, once you understand what it's capable of, becomes far more than just a regular old USB controller. And, in reality, it isn't. It's a full fledged MIDI controller for DAWs, MIDI devices and Control Voltage based hardware and can act as a stand alone sequencer and arpeggiator. That really does cover a lot, and with such an amazingly robust and sturdy enclosure, it makes one wonder why Akai isn't selling it for more than the $349 street price that I keep seeing it going for around the net.

Do I recommend it? Absolutely! This is one of those controllers that you'll find will evolve with you, as you evolve as a musician. Do it!

Dream It. Do It.
Do you want to learn Renaissance and Studio Advanced?
Yes, I want to learn!
No Thanks, I just want to read the article.
Feedback
How are we doing?
We'd love your thoughts, feedback and questions regarding our new site. All feedback is appreciated!
We do not respond to this form! If you need support, please visit our support page.
Thank you for your input!
Your message has been successfully sent
Course Advisor
Don't Know Where To Start?
Ask A Course Advisor