All Articles Review
Review: Akai MPX8 Mobile SD Sample Player
G.W. Childs IV on Mon, October 21st 0 comments
Language
In a world where we try to have one device do everything (iPhone I'm looking at you), it's refreshing that Akai have created the MPX8 with specialist sample player and MIDI controller functionality.

It's funny how new things remind you of really old things. For example: I'm sitting here working with the new MPX8 Mobile SD Sample Player from Akai. This is a simple, light, sample playback device that can hold as many samples as you can fit onto a single SD card. We'll get to why this device is highly relevant later. Until then, let me return to my musings of the past. As I play drums on this device, as I trigger random samples, I can't help but be reminded of an earlier time of my life, when I was discovering samplers, starting with the Akai S612 sampler. This was one of the old guard of the Akai digital sampler line. It was long before any MPC, in fact, it was the third S-series device to be released by Akai.

The S612, and the MPX8, to my mind, both have serious relevance, and remind me of one another for two reasons. They are both simple, and they are both very fun. And, they are both built like tanks.

I mention the word relevance because of the basic spirit of that is embodied in both the old and the new. The Akai S612 was one of the first, affordable samplers on the market. If you don't believe me, get on Wikipedia and look at what Roland was doing around the same time. In fact, a year, or two later, after I had upgraded, I had to drop out of school to make payments on what Roland was doing, after hastily making a decision to finance a sampler. One of the S612s features was that it was easy to use, and it sounded cool. The MPX8 is very, very similar in that respect. It sounds great, the audio quality is truly tight, crisp and punchy. Its editing features are similar as well. You can tune, pan, adjust level, and switch between three different playback modes: one shot, loop and hold. The first two modes are very self explanatory, Hold simply means that the sound repeats until you let up on the pad that is set to Hold. Simple, simple. 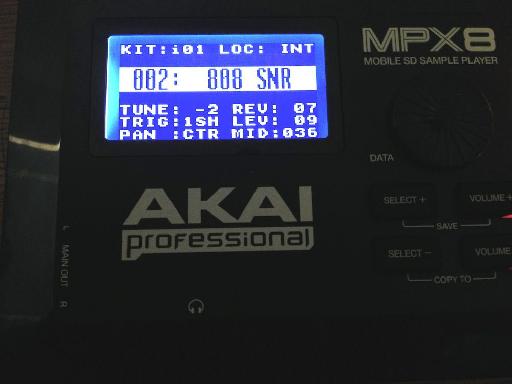 Why I mention that the MPX8 is as relevant as Akai's first affordable sampler is that it's what I feel like is needed based on current hardware trends. A lot of people are moving away from computers again. Modular synthesis is making a really big comeback. Vintage synthesizers have been in huge demand for years, even records are back in full force. As companies like Korg releases retro devices like the Volca series, a whole new generation of musicians, as well as musicians from the earlier generation, are starting to discover and rediscover those shiny, metallic boxes again that don't have Retina displays. And, as more and more people decide to go hardware only, it only makes sense that, at some point, easy access to small digital samples would become needed.

The MPX8 provides this easy access with aplomb and with a lovely price tag to match- an average street price of $99.

I need to start off by saying that you need to try Akai drum pads every once in a while to remind yourself of why they were the company that set the standard for drum pads. These multi-colored LED pads are sensitive and feel very right. When you hit a pad with a finger tip, it feels and sounds good. 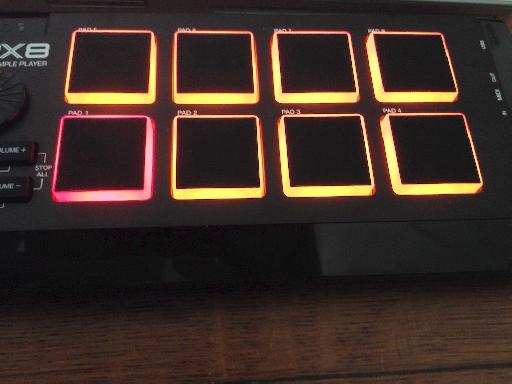 Programming feels good, too. There's really not much to it. You either set the memory location to Internal, or to an SD, or SDHC card. The maximum storage capacity that the MPX8 will accept is 32 GB. And, this is just fine. Even at the highest sample rate supported 48 kHz, 16-bit. Just to reiterate, you cannot sample using the MPX8. There's no built-in mic, no audio input. And, that's fine. It's designed to be a portable sample playback device. But, this begs the question: How easy is it to get samples into the MPX8?

Well, this is where it can get a little interesting. The MPX8 does not register on your computer as an SD card reader. Hopefully, this may be mended later, in a firmware update. But, for the moment, you'll need a way to get things back and forth. I, luckily, had a camcorder that does act as a reader which enabled me to get the firmware update applied, and load up some sounds. 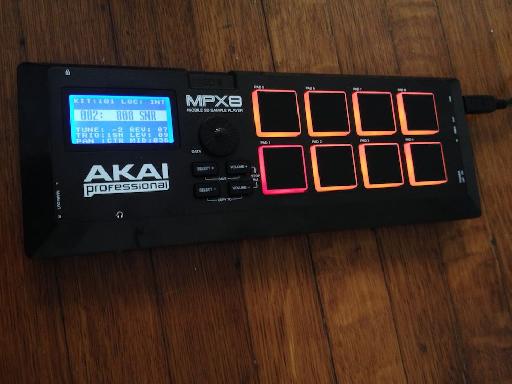 Aside from sounds, there's an important function that should not be overlooked. The MPX8 has MIDI in and MIDI out. This means that the MPX8 is more than just a sample playback device, it's a controller, too. The pads are extremely nice, and it's lovely to use with hardware, and software. It can also act as a controller through USB. The MIDI In feature should be reiterated. If you're one of the guys that I'd mentioned earlier in the article, and have jumped over to totally hardware, you'll love this. You'll have a live sample playback device, with pads that can be triggered from whatever you're using for a hardware sequencer. The MIDI ports are not built into the unit, by the way. There are two 1/8' to 5 pin din female inputs. This was a handy way of saving some cost and space on the unit. But, I would caution you to keep an eye on these precious adapters. I don't know if you'll be able to replace them, easily. 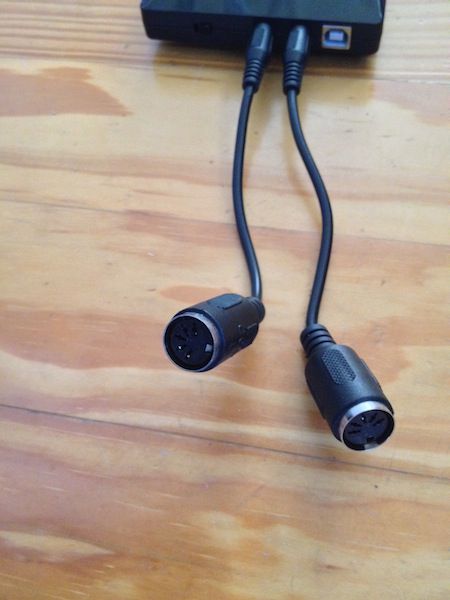 The MPX8 does come with a software editor. Though, I will mention that this is a very barebones application. You can create kits of your own, and modify the kit settings that are also available on the screen of the MPX8. This is another instance where you need to have an SD card reader, too. The application reads the cards, just not through the MPX8. 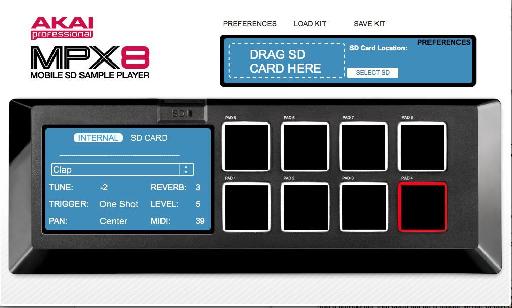 "Akai's made a nice product that is partially nostalgic, very portable, and a lot of fun."

In the tactile department, the MPX8 rocks. The pads are amazing, the lights are amazing and the sound quality is good. As a MIDI controller, it's simple and works quite well. The SD card thing did get under my skin, a little. I was okay, because my iMac has a built-in reader. But, some people aren't so lucky. The editor is what it is. It only really provides a quicker way of editing patches. And, that's all you really need, anyway. But, I'm hoping that later on, maybe Akai will surprise us with some even cooler updates we never thought of.

In closing, I could easily see myself purchasing an MPX8 as a controller and a possible hardware sample device of my own. I mean, its colors even match the S612. And, I do live in Fort Worth, Texas, which is mere minutes of Akai's old corporate office. In fact, it was the office they were in when the S612 was released! So, with that being said, Akai's made a nice product that is partially nostalgic, very portable, and a lot of fun. That covers a lot of ground for $100.