All Articles Review
Review: Akai Professional BT500
Hollin Jones on Thu, August 18th 0 comments
Language
Whether you like it or not, vinyl is back. And turntables are too. The new BT500 from Akai Pro allows you to play your old (or new) vinyl records and plug-in to your computer's audio interface & HiFi.

The surge in popularity of vinyl in the last decade or so has happened despite the fact that hi-fi and music tech setups haven’t necessarily crossed over all that much. If you want to play vinyl, you have to wire a turntable into your audio interface, or keep it with your hi-fi setup. Mostly, anyway: USB turntables do exist but often at low price points which have implications for the quality of their build and output.

AKAI has released the BT500, a higher-end alternative to its BT100 turntable and it’s capable of much more than you might expect. Beautifully crafted in metal and walnut finish, it has the looks to satisfy the style-conscious, and the features that the modern audiophile is looking for. This is no compromise. It’s a weighty playback device that will have pride of place in your setup. 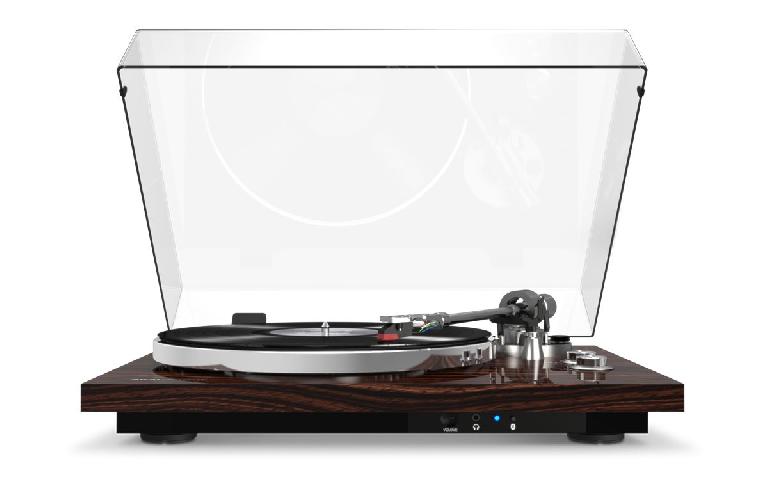 There’s some assembly required as with all turntables, and you have to connect the belt, platter and tone arm as well as making tweaks for weight and balance, but these are easy to do and simply explained on the “getting started” pullout. Assembly takes no more than five minutes and then you have to choose how you want to get sound out. The simplest option is to attach headphones via the mini jack and there’s one on the front panel along with a volume control. This uses the onboard preamp and can output a decent level, though headphones reveal all the physical nuances of a needle playing in a groove. That’s fine, it’s just that people raised on MP3s will initially find it a surprise.

The second option is to activate Bluetooth and stream to a speaker. This worked well and by putting both devices into discovery mode, they linked up at the first attempt. As with any Bluetooth speaker, pairing to another device is easy enough. The manual doesn’t mention Bluetooth headphones although AKAI tells us you can pair these, but only if they support the A2DP streaming protocol. This doesn’t mean they have to be expensive—my expensive models didn’t have it, in fact—but it’s worth checking if this is something you’re going to want to do.

A range of options for getting audio out.

On the rear edge are phono outputs and these can be used to connect the turntable to powered speakers or an amp or interface, and there’s a preamp on/off switch so traditional connectivity is taken care of too. Finally, a USB port can stream to your Mac or PC at 44.1 or 48 kHz to play back through your computer’s speakers or any speakers connected to it, such as your studio monitors. There’s some software called EZ Converter supplied, though this is fairly basic and most audio-capable apps like Logic or even a free alternative will do the job. The idea is that you can digitize your vinyl of course, perhaps to upload to your cloud music library. 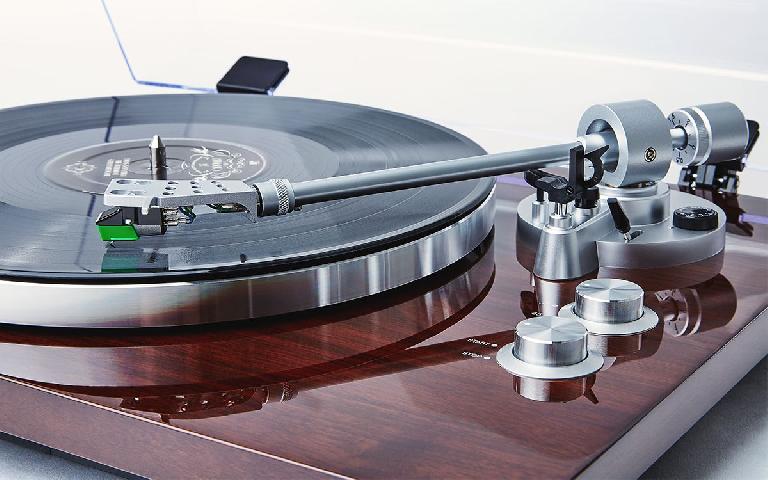 Bridging the old and new worlds of music

The BT500 is a beautiful playback device that successfully bridges the worlds of prosumer hi-fi and modern digital music consumption. There is undeniably something much more emotional and involving about the sound of vinyl, and if you have always wanted to get into that world, this is an excellent way to go about it. The sound is warm, up-close and gorgeous to listen to. If it could fire signal to a wider range of Bluetooth headphones that would be the icing on the cake.

Pros: Gorgeous looks and build quality. Multiple options for listening or transferring signal. Bridges the hi-fi and music tech worlds successfully. Many use cases don’t involve a computer at all. Use as conventional or a hi-tech deck.

Cons: Ability to stream to a wider range of Bluetooth headphones would be great. Bundled software is basic, though most apps will easily record from the turntable.