All Articles Review
Review: Crystall Ball, Multi-Sensory MIDI Controller
G.W. Childs IV on Wed, May 28th 0 comments
Language
We've been waiting for the theremin concept to evolve. And Naonext's Crystall Ball aims to bring motion and pad control to your studio or DJ set. Is this the future for music controllers?

It's funny how we're way past the year 2000, and yet the controllers we're still rocking don't really look'¦ that 2000. Well, with the exception of something fresh from a very new company known as Naonext. This new controller is definitely something to help us herald in a new age, and hopefully some innovation. I'm speaking of Naonext's new controller from beyond, known simply as Crystall Ball. 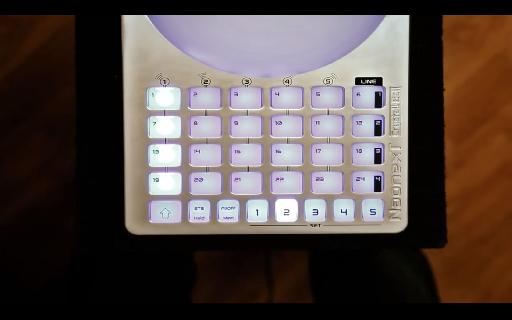 The Crystall Ball is one of the prettiest controllers I've had the honor of testing in a long time. LEDs live all over the inside of the smooth, silver panel, which also contains some very nicely delivered buttons. The buttons double nicely as drum pads and have a wonderful response. You'll also be happy to know that the buttons are recessed and definitely give the impression that they can take some abuse. 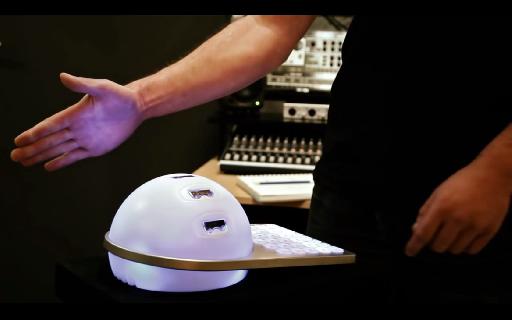 The buttons provide either a white or blue color that go nicely with the giant cylinder at the top of the Smurf-colored controller, which contains several light sensors. Yep, this is where the Crystall Ball gets its namesake, and this is also where this controller tends to really differentiate itself from the rest of the competition.

Even if you went out and bought an old Roland drum machine with the classic D-BEAM controller... Even if you bought two of them, you still would not come close to the light sensor action that you get right out of the box with the Crystall Ball. Five sensors... I'll say again, five light sensors crown the Crystall Ball's blue, glowing dome. Each sensor can be used as either to input notes, trigger effects, or modulate effects. 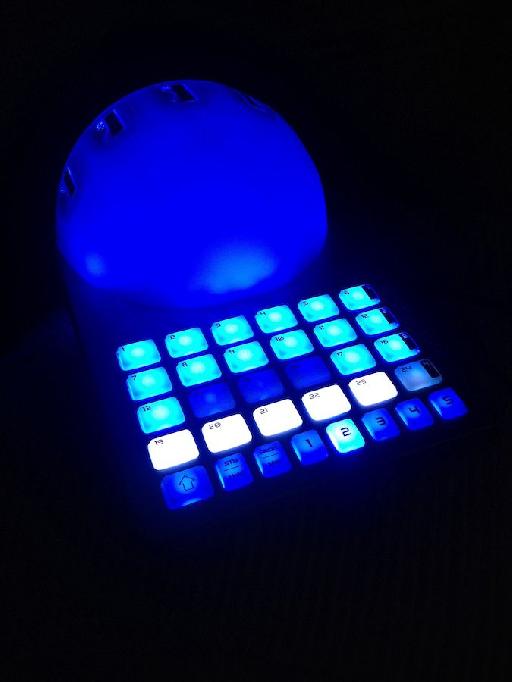 The included Crystall Ball editor gives you the freedom of how the sensors will behave, and what they will do. Though beyond supplying you with raw light sensors and buttons, Naonext spent time and effort implementing some features to make the sensors even more enticing. For example, you can store distance settings of a light sensor so that merely passing your hand in front of the sensor in question will trigger the event with exactly the same distance setting as when it was originally stored.  Furthermore, you've got Latch settings, too. So, you can trigger keys with light, and the key will just keep on playing, until you pass your hand back over the sensor again.

Something small that I'd really like to commend Naonext on would be the fact that the Crystall Ball can be tripod mounted. When mounted, it actually reminds me a bit of one of the instruments in the Star Wars cantina. And, that's a compliment. On stage, and even just in a room, the Crystall Ball definitely attracts visual attention to itself when turned on. That's not to say that it's blinding or goes overboard with a light show! In fact, you can actually control the brightness of the lights, and the sensor sensitivity using the included Editor. 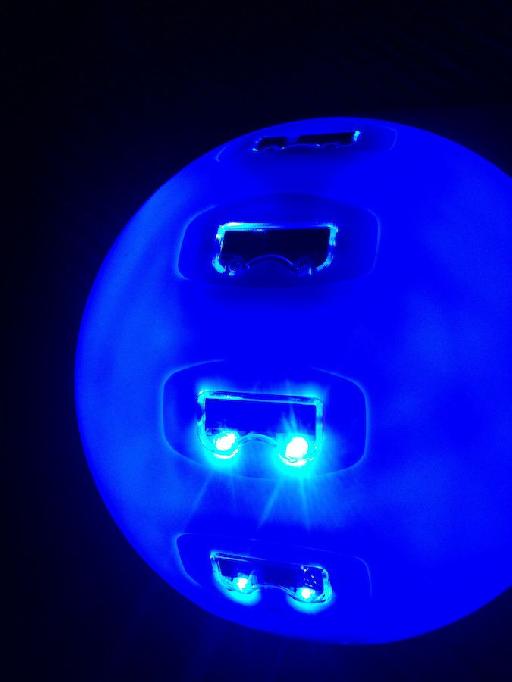 Prepare to be the talk of the club with a Crystall Ball in your DJ setup.

Although it may not seem like it, Crystall Ball is far from a niche controller. Really, any kind of music could benefit from a grid of buttons with multiple light sensors. After all, sensors allow you to express musical ideas with your hands in a way that very few real instruments will allow. And, because it works in DAWs like Ableton (a very nice script is included), Reason, and even DJ software like Traktor, you're able to assign the Crystall Ball to do more than any regular old instrument through light, buttons and even a built-in jack so you can hook up a pedal.