Outside of the computer itself the audio interface is a vital part of the studio for both home and professional producers, musicians, and DJs. I’ve installed many interfaces in my time and I can honestly say I’ve never worked with an interface quite like the iConnectivity ConnactAUDIO 2/4. In this review I’d like to go over with you why this is both a product and a company that you want to keep an eye on.

No Driver Installation on Mac?!

Usually the biggest bottleneck in getting any interface up and running tends to be getting the drivers installed. Opening up the 2/4’s well developed and highly sturdy box did not, however, reveal the familiar bundle of discs with the Ableton Live Lite serial number. Instead, there is only a very well drawn out quick start guide that does its job quite well, as I’m up and recording in new, record time. 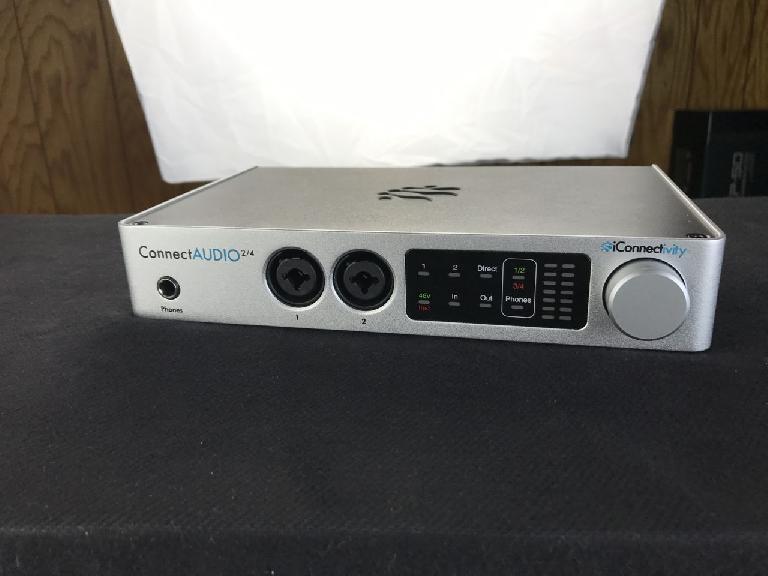 After simply connecting the USB cable to my Mac, the ConnectAUDIO 2/4 appears as in the list of audio devices available on my machine. I checked, and there are drivers for PC installation. For Mac, it’s plug and play... Well, sort of. Of course, I had to adjust the levels going in to and coming out of the 2/4. And if the driverless install didn’t have me fall in love completely, the little illuminated section of discovery housed in the touchscreen sealed the relationship.

The small display on the front of the 2/4 is a very responsive touch screen. Rather than rely on a software interface where you can control routing, incoming levels and adjust the headphone mix, iConnectivity put the interface in as hardware, on the box. Surprisingly, the touch screen is highly responsive and covers the bases extremely well. You’re able to set your phone mix here as well as raise and lower main outs. You can also enable phantom power, control direct monitoring (yep, real direct monitoring to hear incoming signal before it goes through your DAW and its latency) and adjust the level your incoming signal. The single, silver knob acts as the pot for all of the operations listed above as well as acting as an on/off switch and store button for internal settings. The interface and its functionality could easily fill another article completely. 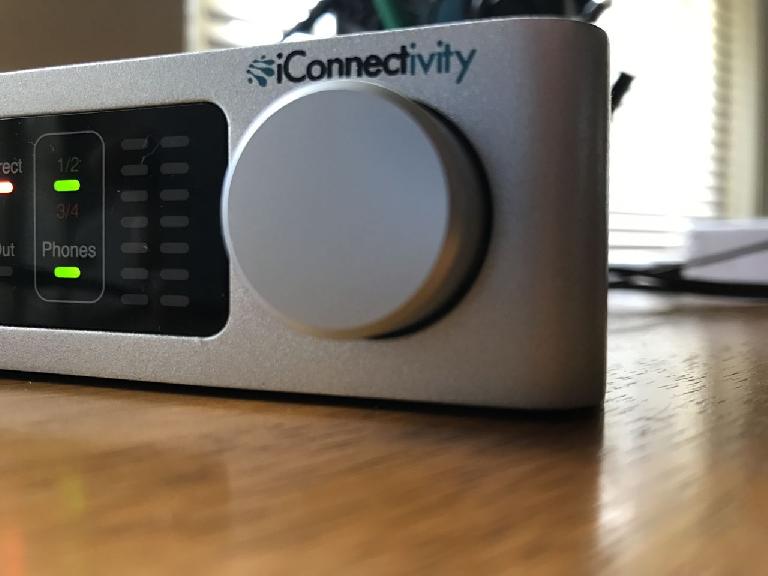 What’s really fascinating to me is the secondary Main output, selectable in your DAW, where you can set up to monitor an entirely different USB output, selectable from the touchscreen. You never have to enter into software to configure this! This makes the 2/4 an amazing DJ interface as you can listen to two different outputs without affecting what the main outs are putting out. 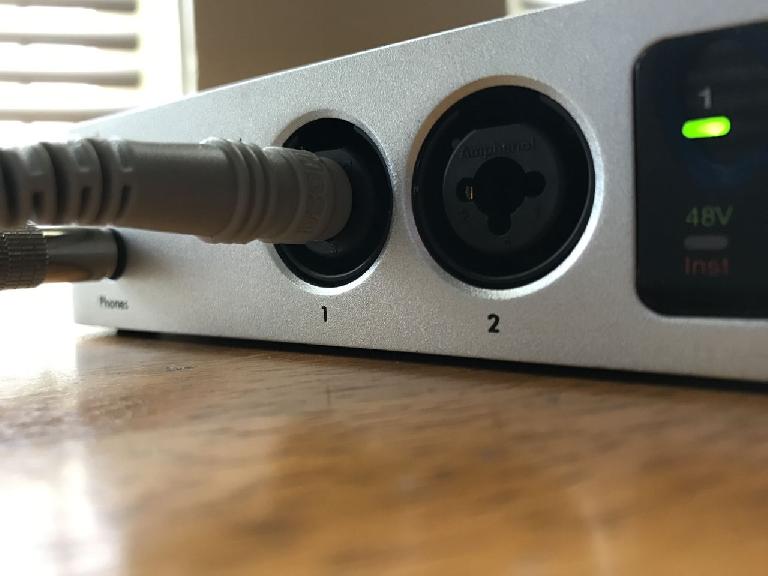 By the way, the ConnectAUDIO 2/4 is built like a tank! There are no protruding parts except for the slight jut of the rotary knob and it’s small enough to easily fit in any regular laptop bag. I can honestly say it’s one of the sturdiest audio interfaces I’ve ever experienced though time tends to tell with these things. 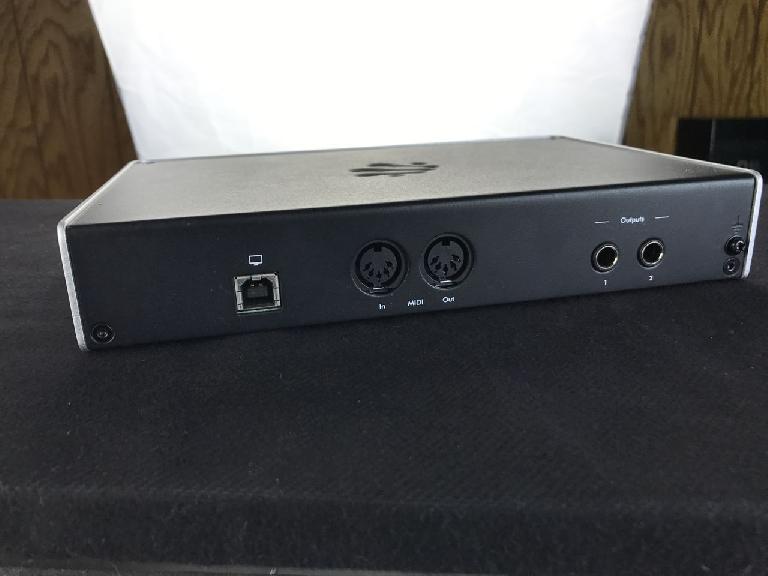 The sound and latency were a big jump for me. My previous interface was reporting a serious latency at around 14 ms. At the same buffer setting (256), the 2/4 came in at half that latency at 7- Daddy was happy. The audio quality is extremely warm and punchy and having two inputs that are both 1/4” and XLR comes in very handy as I go back and forth from home to a real recording studio several times a week. So, I’ve got everything I need, regardless of the kind of mic I wind up working with.

The ConnectAUDIO 2|4 is mind blowing in its abilities, size, build, performance and definitely sound. The touchscreen gives you up front control of incoming and outgoing signal and the ability to monitor two sets of USB audio channels, in a shell that would be very hard to damage, will make the 2|4 a worthy companion to touring musician and DJ alike.