All Articles Review
Review: Livid Base
G.W. Childs IV on Thu, June 20th 2 comments
Language
Livid Instruments' Base has finally come out of our review labs... G.W. Childs find out just how perfect the pressure-sensitive pads, touch sliders and buttons are on this controller/instrument!

The postman can be a good, or a bad thing. This depends on many aspects of your life, of course. But, ultimately, what the postman brings you is largely dependent on several aspects of your life. Lately, I've had a mixed relationship with him. Tax time was just here, and that's never a fun time. However, today, the postman did make up for it, a little bit, with a nice, unassuming box with a return address from Livid Instruments.

Needless to say, the postman and I are on much better terms today. I've been anxiously awaiting this box because it holds a lovely new controller from Livid Instruments, known as Base.

If you followed any of the NAMM announcements earlier in the year, you probably came across the multi-colored device addorned with big, MPC like buttons, but also something different- Ribbon controllers. Strangely, ribbon controllers haven't been seen much lately, and I was more than excited to hear that Livid had built a controller with so many. For years, I'd used a JP-8000 from Roland, and I love, love, loved the ribbon controller on it. It was just so expressive! But, times were hard once, and I sold it. No more ribbon controller for me... Until this little box showed up at my door.

Let's crack open this box together and see what Base is all about! 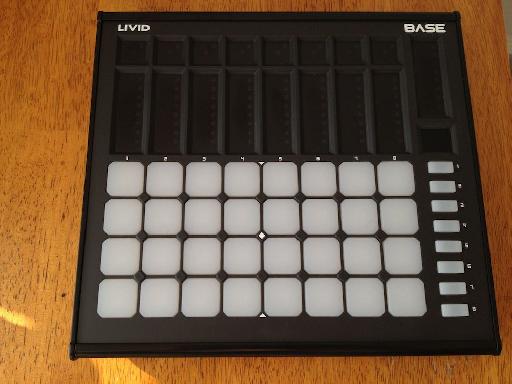 If you've never worked with any of the Livid Instruments controllers, you'll just have to take my word for it. The Austin-based manufacturer builds controllers, here in the USA, that go way beyond adjectives like sturdy, and solid. Livid builds devices for professionals that hold up to professional standards. This means that when you're on the road, traveling, or having a day at the beach, you don't have to worry about the controller. The laptop, maybe. The controller, no.

Base, itself is housed in a sturdy aluminum chassis that is both thick, and light. So, if you're a backpack traveler, like me, you won't have to worry about chiropractor bills for an impacted spine. Base is about the same weight as my '08 Macbook Pro. 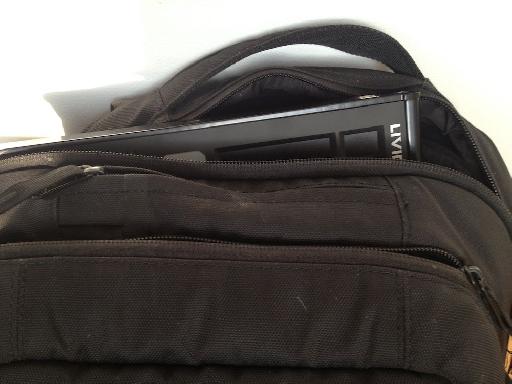 The top portion of Base is adorned with soft, rubbery plastic which frames the drum pads and the ribbon controllers, as well as the small function buttons. Because the frame has an extremely matted finish, you won't have to worry about fingerprints cramping the style of the square beauty. 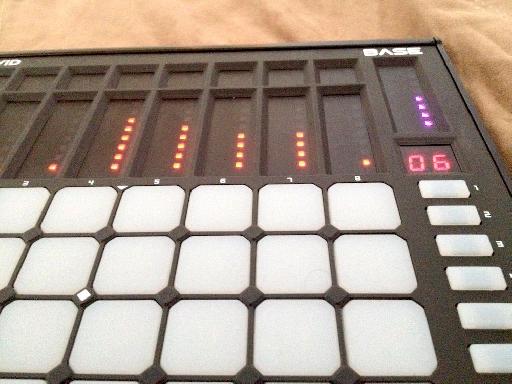 The drum pads feel incredible. They are a mixture of MPC and Roland R8 in the feel. And, that's a huge compliment, especially with the latter. I've always loved the R8 pads, and would've loved to have owned one.

Base couldn't be more responsive than where it's at right now. I tried it initially on a drum kit that I'd made that had no velocity sensitivity just to see how much the lightest tap would trigger. And, as it turns out, it doesn't take much pressure at all. Quick, light taps, or harder more direct taps ensured quickly that the beats in my head made it out through my fingers, through Base, and in to my computer, running Ableton Live. To be honest, it felt wonderful. And, I really think I have found a new benchmark for drum pads. Also, let me state plainly that there are 32 drum pads on Base. This opens up a huge amount of possibilities for mapping. You can have a lead synth and drum kit side by side, and so on. But, it gets even more interesting. Because Base is completely re-mappable, it's possible to have certain pads act as toggles. Or, even better. Because the pads have aftertouch, you can use individual pads for modulation VIA aftertouch pressure. The pads are truly expressive. Take a look at what people are doing with it on YouTube, already. You'll see what I mean. 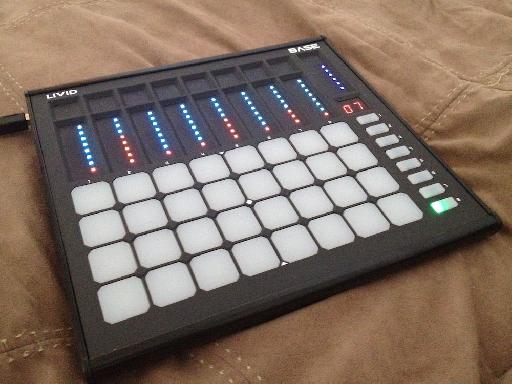 Let's get software out of the way right now. This is a Livid device, so that means that Base, like all of their other gear does not come with any annoying drivers to set up. But, there is a MIDI editor. You access this editor as a website. And, as hokey as this sounds, it actually serves its purpose quite well, and is extremely easy to use. And, before you worry about accessing this when you aren't in range of a Wi-Fi hotspot, know that you can download the MIDI editor!

One thing that was a little tricky to work with was installing the firmware update, at first. I have very little experience with using the Terminal, on a Mac. And, it was truly user knowledge getting in my way here. But, if this still worries you, you'll be happy to know that Livid is working on a true firmware installer. There's currently already one for the Windows platform.

Well, you probably already picked up on my enthusiasm for this device. And, that's good. It truly deserves a lot of enthusiasm. It's as expressive as it is rugged. And, it really should be looked at as an instrument because it's been thoughtfully designed like one.

Really, this is another example of what can be accomplished when countries other than China get back into the game of manufacturing with an emphasis on making gear that is truly designed for a musician. No corners were cut, it does what it says it will do, and tells you with your first touch that it's going to be around for a while. Maybe longer than you.

What really blows my mind, though, are the amount of people that aren't even using it for drums. They are using it for guitar, and piano. And, because it's so expressive, it can really help you fool someone!

$421 can seem like a really steep price for a controller, at first. But, once you touch Base, you really won't want anything else. This is an investment in an instrument that will be with you for as long as you want it.