Ever since Avid broke the link between their audio interfaces and Pro Tools Native, I have found myself using this DAW more than ever. Not to undermine Avid's audio interfaces, but I do appreciate the flexibility of not having to only use their converters.

Along the same lines, a lot of third-party plug-in developers are now creating native versions of their Pro Tools HD only plug-ins. Phoenix by Crane Song is one such sought-after plug-in that has only been available to TDM users ever since its inception, but now the sequel to this plug-in is available as a Native AAX plug-in as well. Some of you will know Dave Hill, the creator of Phoenix from his work with Avid on the HEAT(Harmonically Enhanced Algorithm Technology) system for Pro Tools HD and HDX. He has had years of experience working on creating electronics for tape machines & is now also known for developing hardware like the HEDD 192 which is an AD/DA converter with variable levels of harmonic distortion, commonly seen in many high-end mixing as well as mastering studios. Suffice it to say, Dave knows a thing or two about the analog domain.

What is Phoenix II?

Phoenix II is an updated version of the very popular tape saturation emulation plug-in developed by Crane Song for Pro Tools 10. It is said that digital recordings are too sterile or lack warmth and this plug-in is developed specifically to tackle that issue by bringing in that warmth via some very carefully plotted, variable harmonic distortion. Phoenix II has five different analog tape saturation algorithms labelled Luminescent, Iridescent, Radiant, Luster & Dark Essence, each having its own unique characteristics and also a three level brightness control labelled Opal, Gold, & Sapphire, that shapes the upper harmonic content. There is an INPUT TRIM and OUTPUT TRIM control to vary the amount of saturation. Since this plug-in is program dependent, driving the input level higher will result in more saturation. The output trim control can be used to attenuate the signal to avoid clipping if such a scenario arises or can even be used to give the signal some gain, post processing. There is a PROCESS amount that can be thought of as a dry/wet control. Setting this parameter to its highest will give you the complete processed signal while setting it to its lowest will not add any saturation to the signal.

I quite enjoyed using this plug-in in most of my mixes and could really hear that analog tape saturation goodness that everyone keeps raving about. Even when just one instance of the plug-in is used on the master buss, I could hear the subtle but clear character each of the five tape saturation modes were bringing to my mix. Now, I feel that this is very subjective and is also very hard to define with qualifying words which can tend to sound vague to some. So it's best to stick with some more objective analysis. In the following figure, you see three frequency vs. amplitude 3D waterfall plots of pink noise being processed with Phoenix II, keeping the saturation mode same (Iridescent) and comparing the three brightness modes. The area that is further away from the screen represents the original unprocessed pink noise and the area right in front, are the three brightness modes in Phoenix II. You will notice that all three modes add something to the signal, but Opal seems to be colored more toward the lower end of the spectrum while Sapphire looks a bit more linear and balanced across the board, though it is clearly adding a lot more higher end harmonics compared to Opal. Gold looks more '˜neutral' with a close to linear frequency response but its definitely not flat.'¨

These can also be a bit subtle to notice, but if input levels are cranked up it becomes a lot more obvious. Taking a more objective approach the following frequency response graphs will give a better idea about what each mode is adding. In these graphs, I have sent a pure sine wave at 1000 Hz through Phoenix II at each of the five tape saturation types with the three brightness options resulting in 15 possible combinations. What you see is the resulting frequency response graphs of those 15 permutations. The most obvious thing to notice is the addition of odd harmonics, mainly the third and 5th. Some saturation types also generate even harmonics, namely the 2nd. Analog tape is said to add odd harmonics with a more symmetrical distortion level, that's why you see the prominence of odd harmonics in these graphs. Click the picture below to see all graphs: 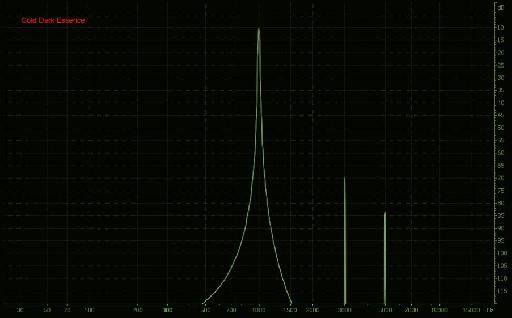 There are quite a few tape emulation plug-in developers in the market right now. This gives us the user, a lot more options, but at the same time it can be hard to objectively decide which would be the best, for a particular scenario. To be completely honest, I like all the saturation plug-ins that I own, and I usually tend to use all of them in varying amounts to give me the result that I am looking for. The following snapshots show a square wave processed through a few analog tape saturation plug-ins that I had access to at the time of this writing. Ignore the level differences between them but pay attention to the resulting shape of the waveform, especially how different they look from the original square wave. What you may notice is that Phoenix II is probably the most subtle of the lot and the Massey TapeHead is the most aggressive, making the waveform almost unrecognizable. This may or may not be a good thing. Completely depends on how aggressive you want this process to be. Another thing that may not be too obvious from the snapshots is that the Slate Digital VTM square wave actually changes over time which may seem to be more of an accurate representation of analog tape. 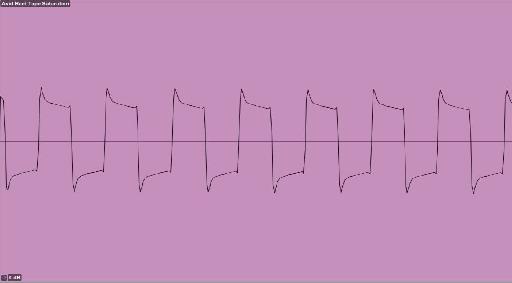 Square wave processed through different analog tape saturation plug-ins. Click the above picture to see all the snapshots.

After using Phoenix II on mixes across a few different genres, I have to say this is one must have plug-in for in-the-box production. I will probably use it on everything that I do from now on. It works great on the master buss, but it can also be used on all individual channels. Mike Shipley used this plug-in on vocals as well as the master buss in the production of Alison Krauss' Grammy Award winning song '˜Paper Airplane'. There aren't any grouping options built in Phoenix II, but this can be done in Pro Tools pretty easily.

If you are intrigued, you can contact Dave Hill via cranesong.com and he will send you a 30-day demo iLok license. This plug-in is a bit on the pricey side, but consider it an investment that will pay dividends in the long run. Sweetwater is selling it for $450, but if you are an owner of the original Phoenix TDM plug-in, you can get the update for $65. The only issue I have with Phoenix is that I would like to use it in Logic Pro & Ableton Live, but it only comes in the AAX format and the developer has no immediate plans of developing for the AU or VST platform. Irrespective of that, thanks to plug-ins like Phoenix II, I think we are coming closer and closer to removing the quality gap between bedroom production and high-end studio production, and I mean this in the most positive way. Dream It. Do It.
Do you want to learn Pro Mixing Techniques?
Yes, I want to learn!
No Thanks, I just want to read the article.
Feedback
How are we doing?
We'd love your thoughts, feedback and questions regarding our new site. All feedback is appreciated!
We do not respond to this form! If you need support, please visit our support page.
Thank you for your input!
Your message has been successfully sent
Course Advisor
Don't Know Where To Start?
Ask A Course Advisor