All Articles Review
Review: Rebel Technology CLK
Jade Wii on Fri, May 4th 0 comments
A 3-channel clock generator for modular systems, Rebel Technology's CLK has a few other tricks up its sleeve including polyrhythmic capability. Jade Wii got all fired up...

So you got yourself a new sequencer, only to find it doesn’t have a play/stop button and needs to be triggered externally. You don’t want a big clock generator because your needs are unpretentious, you just need something to start your modular.  Rebel Technology has your solution with their newest Eurorack module “CLK”. CLK is a three channel clock generator that is housed in a small package. At only 4hp CLK is perfect for small systems and draws very little power, meaning you can install it in your skiff and not worry about too much real estate.

There’s three knobs that controls their respective outputs. The top knob controls our master clock, but the remaining clock outputs are continuously spitting out a clock signal regardless of whether the master clock is patched or not. The next two outputs will divide our master tempo; output two creates clock divisions by 2,3,4,5,6, and 8, while output three divides the clock by 2,4,8,16, and 24. Next to each output is a yellow LED that pulses to our clock time, giving visual feedback which can come in handy when performing in dark environments. 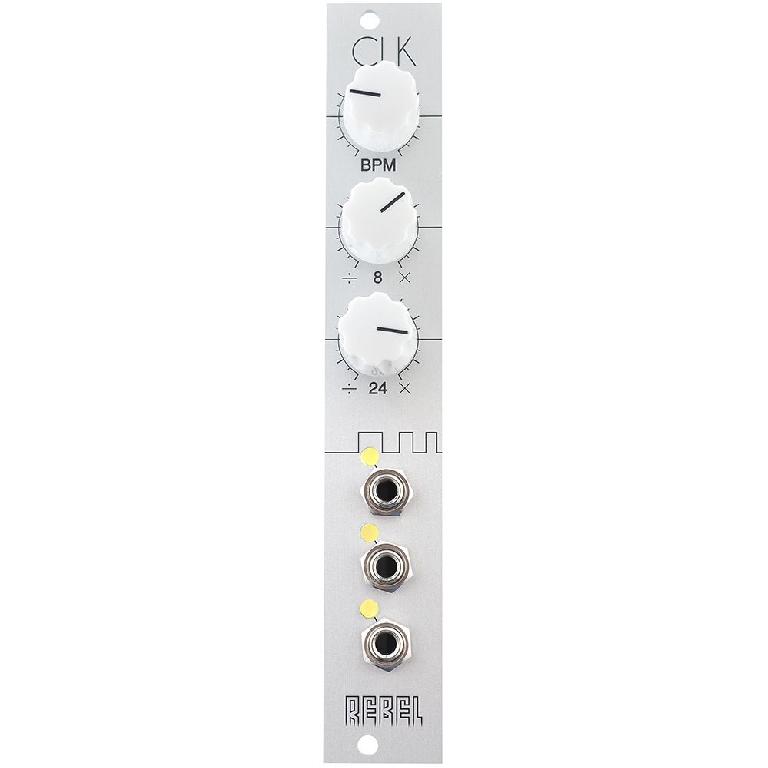 So what other uses can I find for this clock module? By using our clock signals to trigger gates or trigs in different drum modules we can turn CLK into a neat little polyrhythm generator. Polyrhythms give you the ability to have each gate play at a different time, so technically even though the top output is our master clock we can increase and decrease the tempo of our other two outputs, creating interesting changes in tempo that result in non linear compositions. By using CLK as a gate generator for your drum modules you can easily build a skiff around this module, having it be your main clock source to trigger up to three drum modules, or if you have more than three drum modules you can use some stackcables and layer a few of those drum sounds. 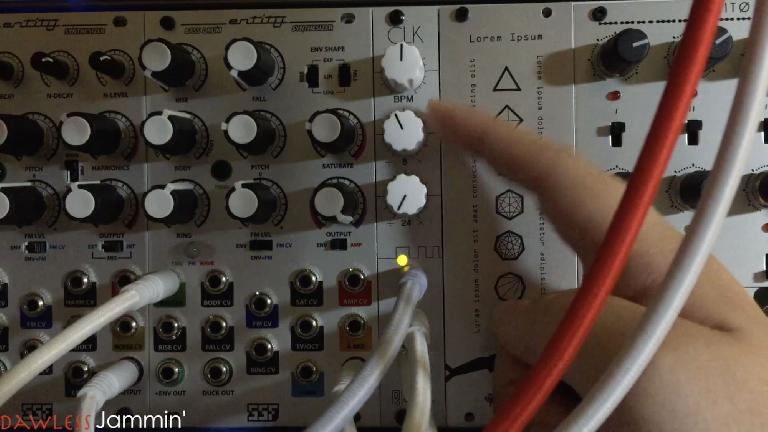 Begs To Be Played

One thing that I hate about small modules is that a lot of companies choose to use those tiny knobs that require tweezers to tweak. CLK gives us three full sized knobs, and although they are a bit packed together you don’t feel your fingers getting in the way while turning. When using CLK to generate rhythms it's easy to play it as one would a live instrument, hearing the changes you make in time as you’re crafting them really turns your modular into a playable instrument, not just one you make a sequence on and only change parameters on your sound sources. With CLK we get a diverse result while shifting the timing of each gate.

At only 4hp I can’t think of any other module that can function as a polyrhythm generator in addition to its main purpose, which is providing clocks. The only thing I would change about it is I wish they would have made room for a clock input - not being obligated to use this as master clock, it would have found more uses in larger systems if that were the case.