All Articles Review
Review: Rode SmartLav +
Hollin Jones on Wed, August 6th 0 comments
Language
Expanding your range of mics to include a lavalier is a good thing if you record dialogue and interviews. And how much more convenient can you get than a lab mic for iPhone? Enter the RÃ¸de SmartLav+.

Lavalier mics are the kind of small, clip-on microphones that you see being worn by broadcasters, interviewees and others with a small thing clipped to their lapel. They're unobtrusive and much easier to manage than a boom mic, though they can also be surprisingly expensive, and many require a power source and an XLR connection somewhere along the line which is often way more complex than you might want to just record some interview footage. 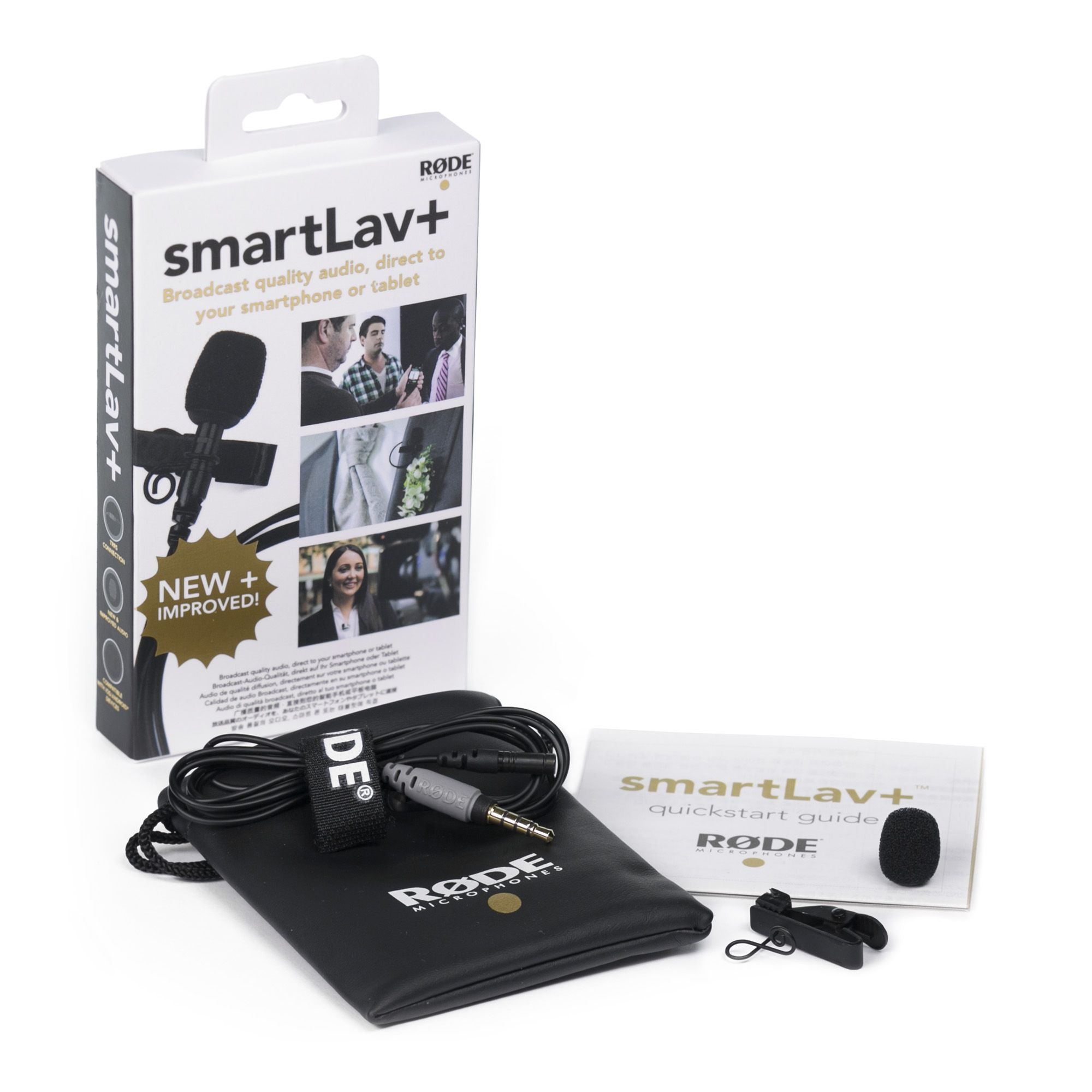 What's in the box?

Rode has followed up its budget SmartLav with the new SmartLav +, which adds a much improved capsule and a TRRS connector for compatibility with a long list of phones and mobile devices. A small, optional SC3 adapter is required if you want to use it with non-phone devices like handheld recorders. Since it requires only minimal power, this mic can run happily off your phone's electronics with no extra batteries needed.

In my capacity as a film maker I had tried the SmartLav as an inexpensive alternative to more costly lapel mics but found it had a few issues, most notably a high level of hiss when using higher sensitivity settings on a recording device. Since I use a solid state recorder most of the time, the hiss tended to be emphasized a bit too much. So I was keen to see how Rode had improved things since even though the SmartLav + costs a little more than its predecessor, the jump isn't massive if the performance is significantly improved. 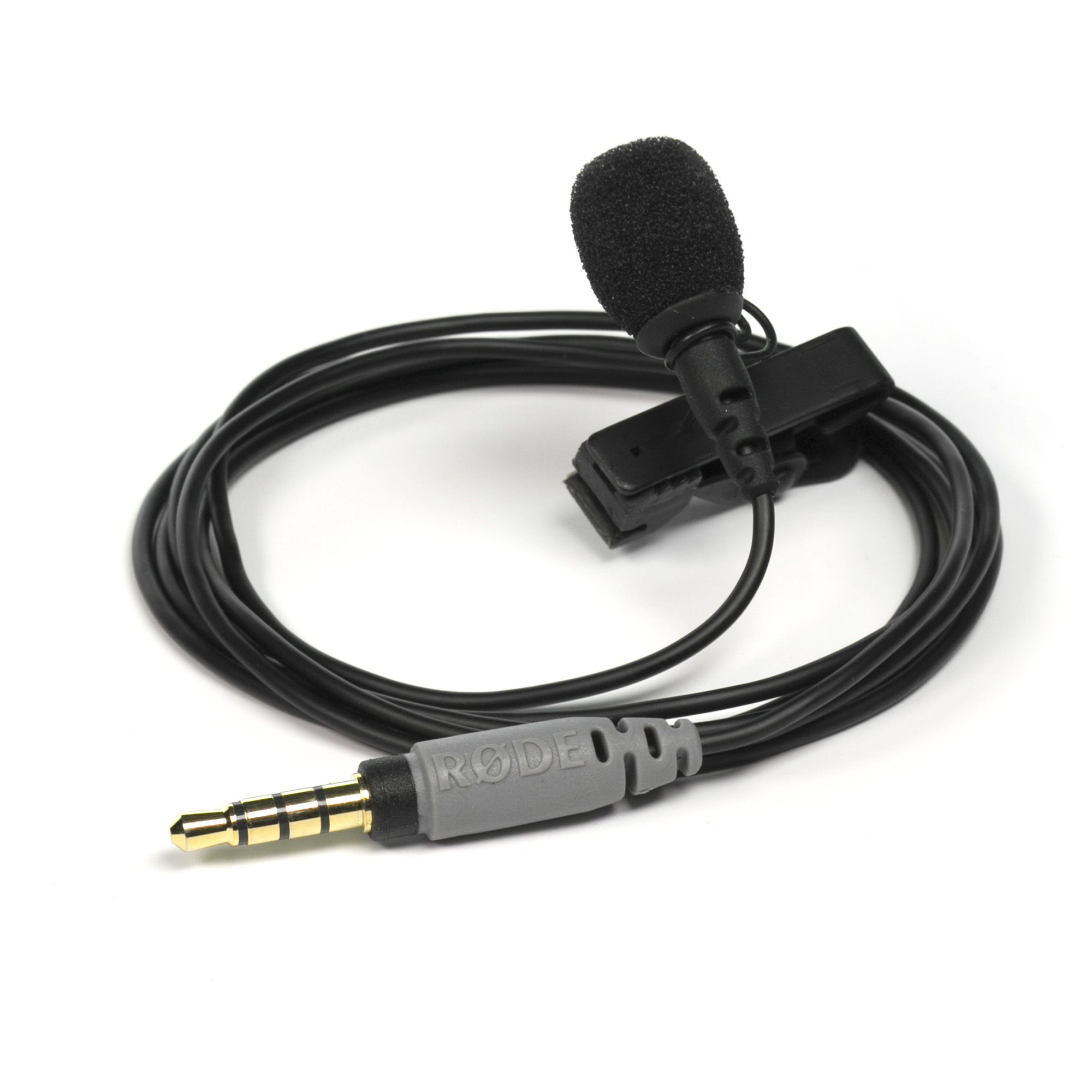 The SmartLav+ improves upon the original SmartLav.

It's a very simple affair to set the mic up : just pop on the windshield and the clip, and optionally the adaptor if you have bought one to connect to the mic input on a dedicated recorder rather than an iOS or Android device. It's compatible with all recent iOS devices and a slew of Android ones too, with a comprehensive list on smartlav.com. It's omnidirectional which means it can be mounted in different positions, though this also adds to the challenge of recording cleanly in noisier environments.

You can record into any app that supports audio recording and Rode makes the Rec LE and Pro apps. An app that allows variable level input is highly recommended, since you will want to set level according to your source and do a few tests first, as you would when using any mic. Rode's own app has a couple of options called 'iOS Processing' and 'Digital Boost' that you can switch on, though what exactly they do isn't entirely clear so I tended to record clean instead. 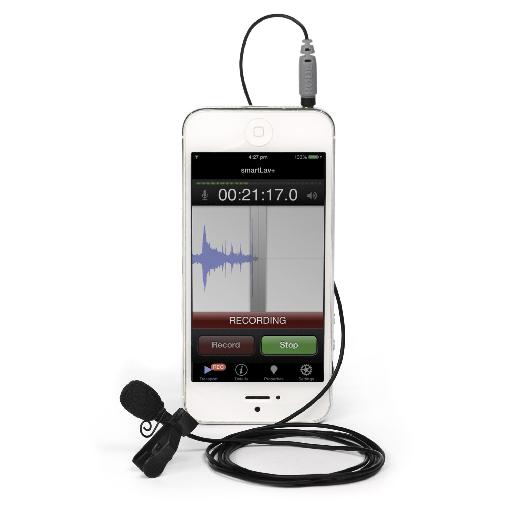 And here it is connected to an iPhone.

The results are definitely an improvement on the previous generation of SmartLav, and you can really tell there's a better capsule at work. More detail is captured and there's much less hiss when driving the signal hard, though there is still some. This is true of most lapel mics however, and you're always likely to have to do a little post processing to cut the very top end off the signal. Since there's much less of it here, this should at least be more straightforward. One thing I did notice is that switching from an iPhone 4S to a Yamaha Pocketrak 2G recorder produced significantly clearer and more detailed recordings. That's likely because of the circuitry in the recorders and not in the mic itself, but it's an interesting observation and suggests that although a phone will do a good job, a pro audio recording device might do a better one.

The SmartLav + is a definite improvement on its predecessor and still significantly cheaper and less hassle to use than higher end lapel mics. You might end up doing a little top end rolloff but if you take all the usual steps before recording to ensure the cleanest take you can, you should get some good results.