All Articles Review
Review: SanDisk Connect Wireless Stick
Hollin Jones on Sat, March 12th 0 comments
Language
If you need more storage for your iPhone or iPad and are happy to use a separate wireless drive, then SanDisk's Connect Wireless stick could be what you're looking for. Hollin Jones tests it out.

With all the grumbling about Apple continuing to offer a lowly 16 GB storage tier on its cheapest iPhones and iPads, the issue of space on your iOS device remains a hot topic. Yes, Apple has just upped the capacity of its paid iCloud file storage tiers, but that still requires a fast network connection and so is useless for when you’re taking a long flight for example, or will be on a poor cellular connection or have data caps. 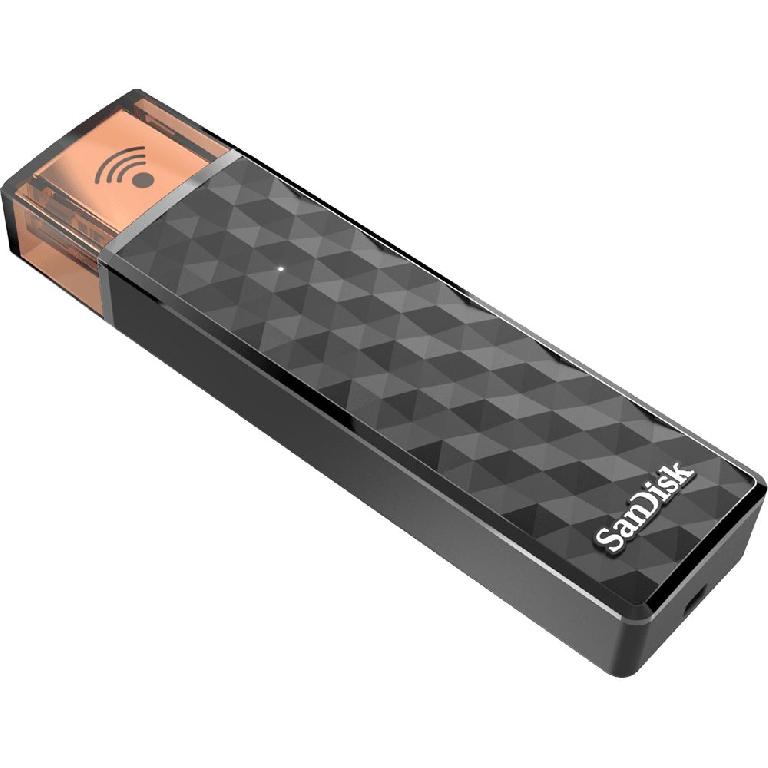 SanDisk makes a number of wireless storage devices and its latest is the Connect Wireless Stick. Although it looks pretty much like a regular USB thumb drive, it incorporates a battery and a Wi-Fi chip as well as storage capacities of 16, 32, 64 or 128 GB. The idea is that it serves as a portable wireless micro-hard drive not just for storing files but also streaming video and audio files. Given the relatively low price of the units, they’re a far cheaper way of adding storage to your iOS or indeed Android device, where an SD card is not supported. Apple makes a lot of money upselling you from a 16 to a 64 GB phone: this could be a way around that if you can live with carrying a very small extra device.

You charge up the stick by plugging it into any compatible USB port and download the file manager app to your iPad, iPhone or Android device. There are several Samsung-branded wireless apps so it’s best to use the link on the product’s homepage to get to the right one. Unplug the stick and make sure it’s on, then connect to its wireless network from your device. You are supposed to be able to also share your main internet connection so your iPad can still see the internet while you stream content from the stick, but I couldn’t get this to work. My network wouldn’t show up. I also had some lockups in the app: both issues theoretically may be due to the recent iOS9 upgrade. On a phone, your cellular connection remains active so you can still get the internet. 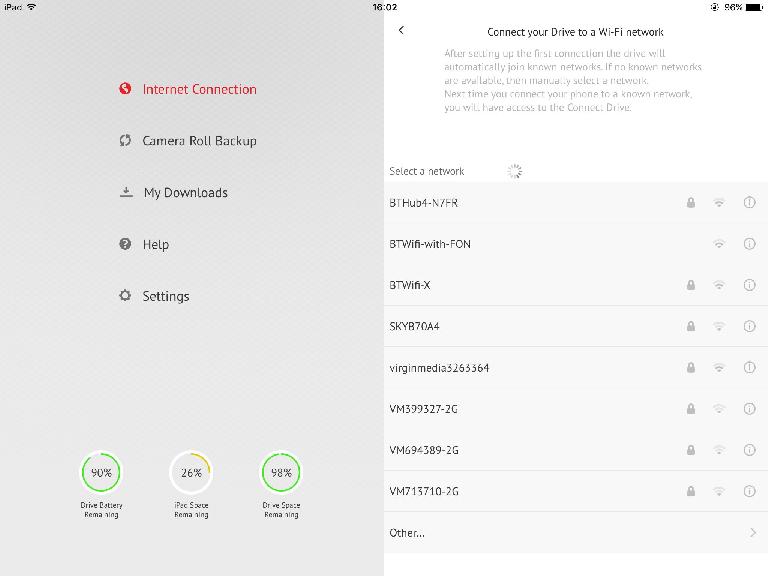 Once inside, you can set your Camera Roll (the source of most peoples’ file size woes) to automatically back up to the stick, and then optionally delete from the iOS device. You can then view that content from the stick and also stream any music and videos you have copied to it from your computer while plugged in. Any folders you create when on your computer will show up and a fair few document types are supported for viewing including PDFs, XLS spreadsheets and so on. You can copy data from the stick back to your device too, though downloading of folders isn’t supported—only individual files. The stick is USB2 rather than 3 which makes copying large movies from a computer a little slower than is ideal, but it’s not a huge problem. SanDisk says you can stream to up to three devices at once (password protection is available) which may decrease the stated 4.5 hour battery life. 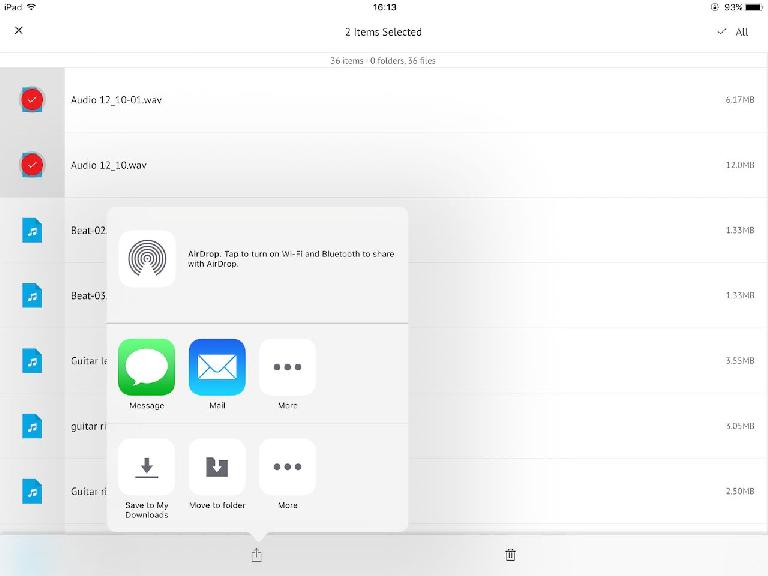 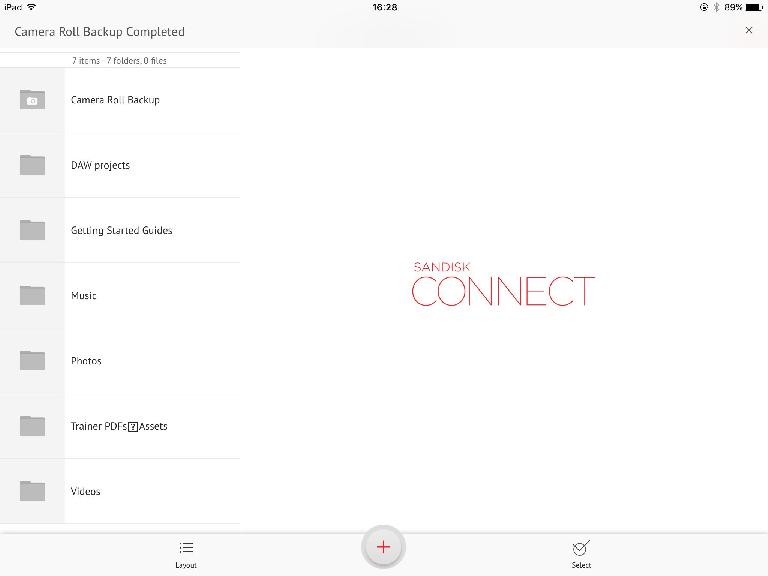 Although there are some limitations: an inability to copy folders, problematic internet sharing and fairly basic file management options inside the app, these could and hopefully will be remedied with software updates. As a concept, this device is incredibly useful for offloading bulky photo libraries or keeping your movie collection on a tiny stick rather than loading up your 16 GB iPad as you travel around. If you use your iOS device for recording, save that space for your apps and samples and stick the “fun” stuff on the thumb drive.