If you’ve ever punched arcade buttons in time with music or wished you had a little more precision in handling your virtual faders, pots and buttons, then I hope you’ll follow me along on a look at the Kontrol Master from Touch Innovations. And while the product and company name may not sound familiar, know that this controller really struck a nerve at NAMM this year. It even made our top 11 Synths, Sequencers, and Controllers. Let’s see what all the fuss is about!

It’s funny how some color on your desk can draw the attention of almost anyone. Without even knowing what the Kontrol Master does, people who move past my desk all seem to comment on how cool, and retro the silver/rainbow box appears. But that’s mostly where the nostalgia ends, outside of the obvious textural/visual appeal in the buttons. Thankfully the Kontrol Master, while being light and very ergonomic, feels extremely well put together and would seem to hold up much better than one of the ancient arcade devices it sort of seeks to emulate. 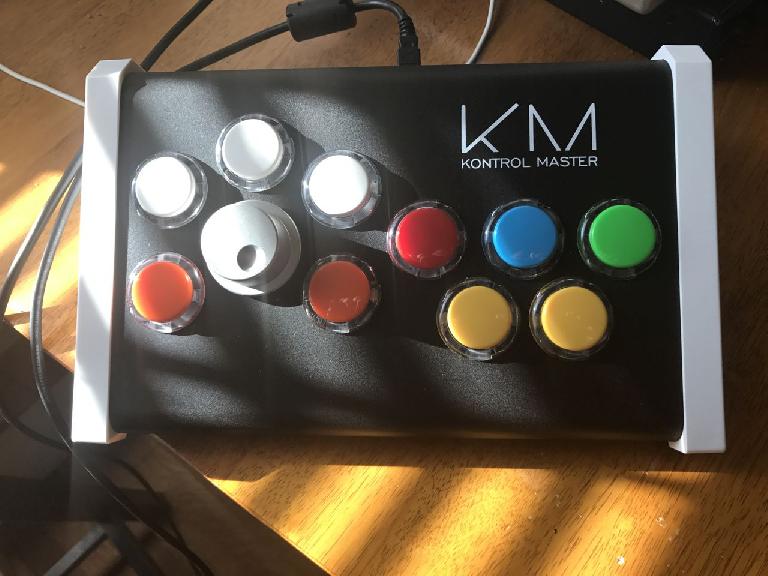 Oh, and the buttons do feel incredible. Outside of the Livid Instrument buttons, I haven’t encountered any arcade style buttons that feel quite like these. You feel like you could definitely throw down Hadoukens with Ryu in Street Fighter or blast some space bugs in Galaga. Yep, it will hold up on the combos.

Touch Innovations are extremely gentle yet firm about installing the software for the Kontrol Master. Once the software is installed, you do get periodic and very handy prompts for new versions of the Kontrol Master Editor. It’s in the editor itself that things get very interesting, especially for guys using multiple video monitors for audio needs.

Set up to control either Windows or Mac workstations, the two bottom, orange buttons are designed to allow users to switch mouse focus to any active display without having to do the annoying mouse drag over or press a complex shortcuts. The Kontrol Master has it all sorted out. If however you’re only on a laptop with a single display, don’t feel like you’re going to be getting a couple of lame duck buttons. Any of the buttons can be mapped to send either MIDI CCs, trigger DAW and even operating system shortcuts that you might use regularly. Yep, you can have a big, red delete button if it suits your fancy.

The Kontrol Master segued in to a session nicely. The red and greed buttons default as play and record and give you a very cool sense of satisfaction as you trigger its start with a big old button. I found the editor, which resides near the clock in the Finder a little unnerving in how accessible it is. But as you begin to work with the Kontrol Master hardware, I found I was getting more and more ideas for button mappings, and even Shift mappings (yep, you can have two additional assignment layers!). 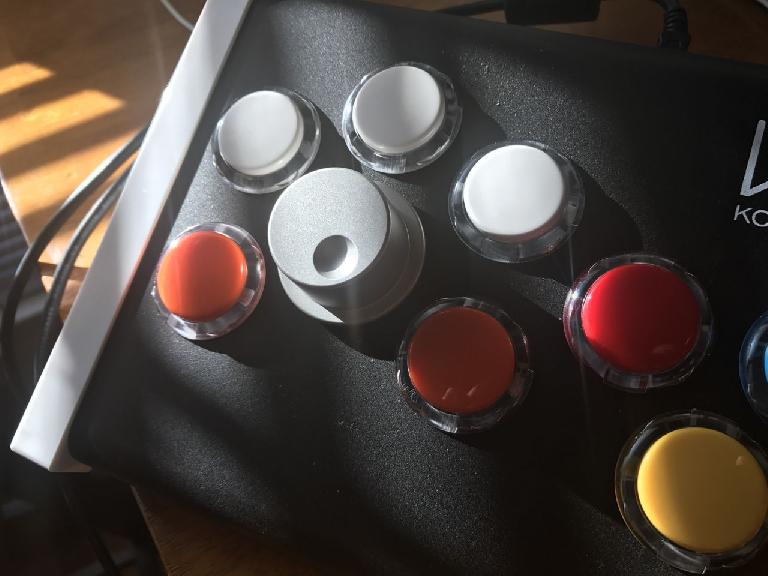 You do have to map specific buttons to become Shift buttons. Shift buttons give you the ability to toggle behavior over other specified buttons. While it kind of hurts to specify a button that will only Shift other buttons, once set up for this behavior the Editor makes it very easy to load up and save many different setups and mappings. In fact, it includes mappings for all the major DAWs from Ableton to Pro Tools, Cakewalk, Bitwig, Reason, Reaper and more.

I had a great time with the Kontrol Master in Ableton Live. Not only was it great for VST and AU control, it did something I’d always wanted to in a way that felt amazing. I mapped the tap tempo in Ableton to one of the white buttons. To my surprise, the button, especially when in use, felt amazing. Like I could tap along with Super Mario precision, and no-one would be the wiser. I did have to add in an Options.txt file in to the Ableton Live preferences, as Innovative Solutions recommend this mode for the Precision Knob, where I enabled AbsoluteMouseMode. This is an alternate mouse mode for computers using tablets and touch screens as controllers. Luckily the software manual that was included with the Kontrol Master guided me carefully over to the Ableton website, where I was shown how to complete the two minute operation. 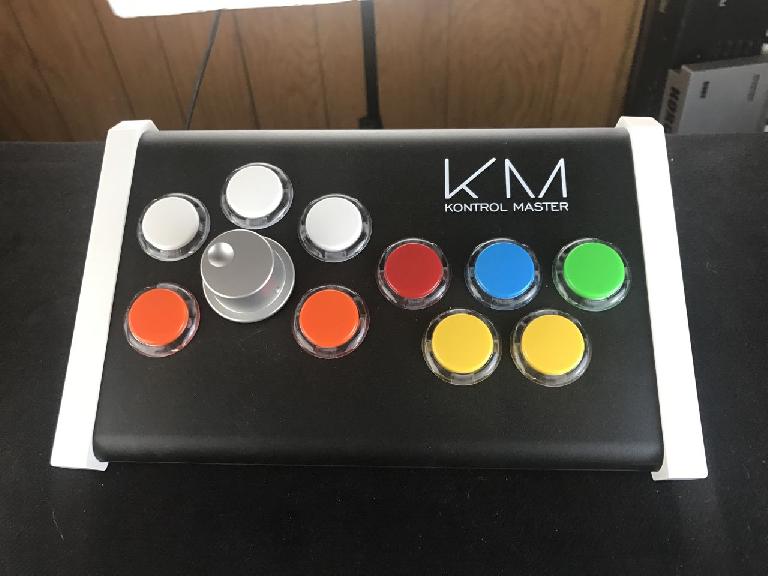 Aside from the wonderful buttons, the small silver knob in the middle is a fascinating piece of work for both hardware and software integration. The silver knob is designed so that when users hover over knobs and sliders with their mouse cursor, it takes over and grants the user extreme precision in dialing in a setting. And in truth I can honestly say it excels at this. There’s even a slider in the editor to adjust its sensitivity. However, you have to remember to specify with one of the top white buttons above the high precision knob, which type of slider that you’ll be adjusting (Vertical, Circular, or Horizontal) before and after you use the knob. For example: You need to tap the button assigned to Circular control before interacting with a Pot. This is the only area where I found the Kontrol Master a little clumsy. But the 1.5 update that is coming up for the Kontrol Master is supposed to deal with this. This slight hiccup aside, the knob really does what it says it will do and it feels light and tight at the same time, too.

The Kontrol Master is a beautiful, thoughtfully designed controller in regard to both ergonomics and tactile, nostalgic gratification. It makes you want to push buttons again and get in to your work regardless of whether you want to use it to control a filter bank and just rock out. Or, if you want to use it like a Dr Evil control panel complete with delete button, transport, monitor control,and even every day shortcuts, like Undo, and Redo... well, you can really feel powerful. Also, don’t forget to try the built-in pong game in the editor when you press the three white buttons together! You can use the knob to control your Pong paddle! The 80s are back!

Cons: Some of the features you'd expect are still in development.