All Articles Review
Review: XILS Vocoder 5000
Hollin Jones on Thu, February 12th 0 comments
Language
XILS-lab specialise in the weird and wonderful side of plug-ins based on vintage synths and vintage effects. Now they're on to re-create the perfect vocoder. Hollin Jones puts it to the test.

French developer XILS-lab is known for its software recreations of some truly weird, wonderful and unique vintage synthesizers and effects as well as making some totally new products. It's fair to say that they tend to cover the stuff that others might find a little daunting, and so their lineup of tools is pretty interesting. The Vocoder 5000 is a plug-in that comes in all major formats for Mac and PC and runs both in 32- and 64-bit versions. It's been developed using the knowledge gained creating the remarkable software VCS3 and also the VP300 VocoderPlus, both highly regarded software tools.

For those that don't know, vocoders were originally popular in the 1970s around the time of their adoption by the music world and found favor in some pretty big hits in the pop and prog rock scenes around that time : ELO's 'Mr Blue Sky' is probably one of the best-known examples, plus of course much of Kraftwerk's output. After falling somewhat out of fashion in the '80s, they came back with a vengeance in the late '90s with a newfound thirst for vintage synth sounds. Check out Air's 'Kelly Watch The Stars' for a prime example, and much of Daft Punk's early stuff. Since then, although hardware vocoders are still produced, the flexibility of software has opened up the world of vocoding to almost anyone who wants to try it out.

Not to be confused with hard auto tuning as found on Cher's 'Believe', vocoding is a more flexible and creative process that involves using two signals: a carrier which is usually a synth sound, and a modulator which is usually a voice signal or sample. The vocoder splits the signal into a number of bands and uses it to trigger the synth so that the characteristics of the voice are superimposed onto the synth waveform. That's quite simplistic and you can read much more detail about how vocoding works online. But you can use it in a couple of different ways. One sees you applying the vocoder to a vocal track as an insert effect and having it interpret the vocal as it plays back. The other lets you sing or speak live into the microphone and then use your MIDI keyboard or a MIDI file to '˜re-voice' the signal by playing notes to trigger the synth at the same time.

The Vocoder 5000 is recognizably anXILS-lab product, with a decidedly retro feel. It's authorized using an eLicenser dongle or an iLok. The iLok does give you the option to bind it to your machine so you're not at risk of losing the USB key. Although it's got a huge amount of depth, it is possible to know next to nothing about vocoding or synthesis and still have fun with it. Simply load it onto an audio track containing a vocal performance of some kind and load up one of the many presets. You'll see that there are presets for drums, guitars and other sounds too, since you can vocode just about anything. Its voices that tend to sound the best, though you're free to try whatever you want. 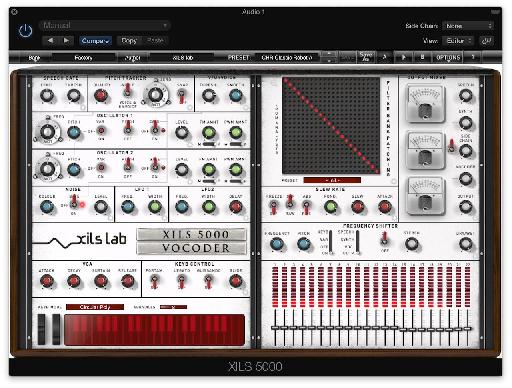 There are two synth cores and two oscillators per core, modeled on the EMS VCS3 oscillator. You also get one noise stage, one LFO stage and one VCA-ADSR stage per core.  There's a Voice/UnVoice module that controls how oscillator levels are adapted to match the input voice behavior. There's a 20-band and a 22-band filter vocoder and a matrix patch area that lets you connect any band of the analysis filter bank to any band of the synthesis filter bank. A 22-band level mixer lets you shape the levels of the various bands, so you can for example knock out the top end for a muddy sound, or dial down the bottom for a sharp character. The output mixer section to the right allows you to set different blend levels for the speech, synth, vocoder and master output sections and thus create exactly the sound you want. 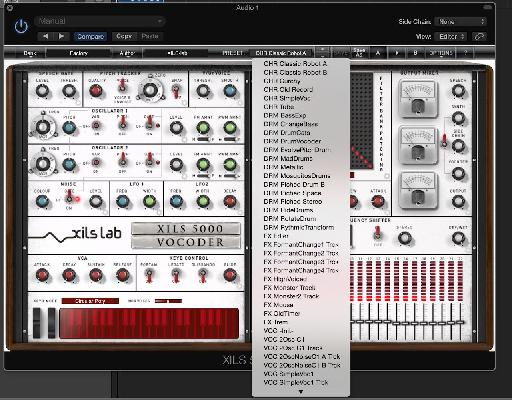 Patches for various types of sounds.

What is the Matrix?

By making assignments in the matrix patch area (magnify it for a better view if required) you can quickly create either a richer or a more stripped-down vocoder sound. The presets help you to get everything from a rich and full chorded effect to a much more scary, robot monotone and also unrecognizably weird effects. The effect also has pitch tracker and frequency shifter sections that can be used to mangle the sound yet further, manipulating the character not only of voices but also of drums, guitars and any other sounds you can think of. Not everything automatically sounds amazing of course, and you'll have to pick and choose what responds best to vocoding. To make delving into advanced settings easier, most sections have a small gear icon and when clicked this reveals a panel of detailed controls in the centre of the plug-in's window. This is a clever trick for keeping things neat while providing greater functionality. A handy virtual keyboard lets you enter pitch notes manually and view those in use. 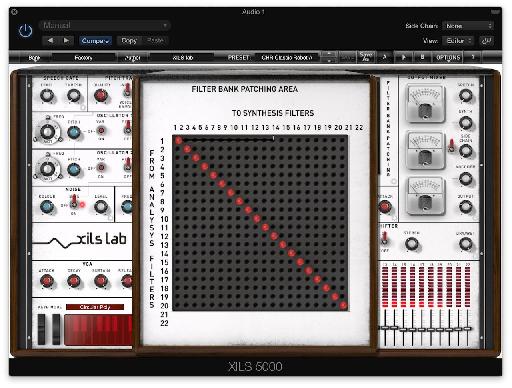 Wake up to the matrix'¦

We are the Robots

Although vocoding might seem quite niche, it has many possible applications, especially in modern electronic music and in the huge amount of crossover with the rock and indie worlds. Creating harmonies, mangling vocals and other sounds and processing your voice in a way that's simply not possible using conventional effects'"this plug-in is perfect for all of these. The Vocoder 5000 is very powerful and well designed, and although you'll want to spend some time learning how vocoding works to really get the most out of it, it's quite possible to use it as a novice as well. Some DAWs do come with their own vocoder but this is much more specialized and likely more powerful. It provides more fine-grained control over the vocoding process than almost any other effect and can be used in a number of ways from insert to real-time pitch manipulation and re-pitching voice signal using MIDI input. There's a demo version available, and you can learn much more about the potential uses of the effect here on the XILS-lab website.