One of those new devices was the RME ADI-2 Pro, a feature-packed update to the RME ADI-2, featuring incredibly precise audio quality, powerful headphone amplifiers, plus a host of innovative features that will appeal to both mastering engineers and high-end audio aficionados alike.

With the ADI-2 Pro proving popular in both pro audio and HiFi circles, RME have chosen Musikmesse to unveil their new RME ADI-2 Pro Anniversary Edition. 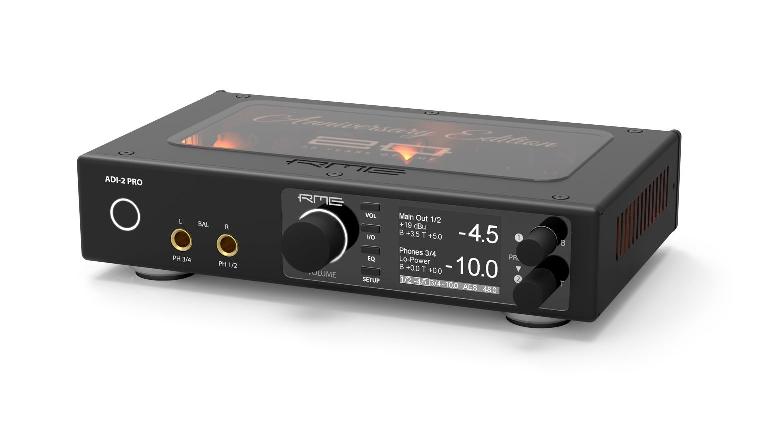 Strictly limited to 500 units worldwide, the RME ADI-2 Pro AE celebrates 20 years of RME in the most beautiful way one could imagine. With the tech specs basically identical to the silver ADI-2 Pro, the AE comes decked out in an all-black housing, matching the style of audiophile-level HiFi setups. A transparent see-through top with inner illumination and stylized HiFi feet make it a must have not only for the celebrating RME enthusiast.

Suitable For The Following Users: 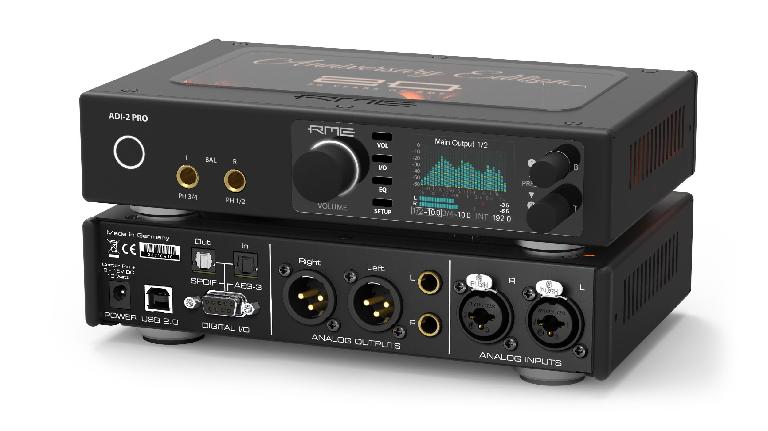 RME is proud to release a major firmware update for the ADI-2 Pro and AE (Anniversary Edition), which extends its functionality, usability and operation beyond expectation. So far the ADI-2 Pro has been a major blast in countless rave reviews, culminating in the statement 'all it lacks is competition'. With this firmware release the RME team adds even more exciting and unique features that turn the ADI-2 Pro into a reference of its own.

The list of new features, changes, and extensions is long. Updated manuals German/English are already available from RME's website, and the firmware includes a (shortened) readme text with all changes... Read the whole post in the RME forum.