All Articles Audio Hardware
ROLI Seaboard Rise and Equator: Three Programming Tips
Matt Vanacoro on Mon, August 1st 0 comments
Language
If you've taken the plunge into the brave new world of the ROLI Seaboard keyboard (but not a keyboard) instrument along with the impressive Equator software, then this tutorial is for you.

So you went and did it. You threw caution to the wind and you decided to make the jump into a new method of controlling sound and you purchased a Seaboard Rise. Actually, if you read our stellar review, then it wasn’t really that much of a risk for you—we loved the Rise and heartily recommend it!

Now that you’ve opened the box and installed Equator, you’ve likely played a bunch of the built-in presets but you’re probably wondering how to take your first steps and start tweaking them. Here are 3 great places to start when you’re looking to tweak the factory sounds and make them more personal. 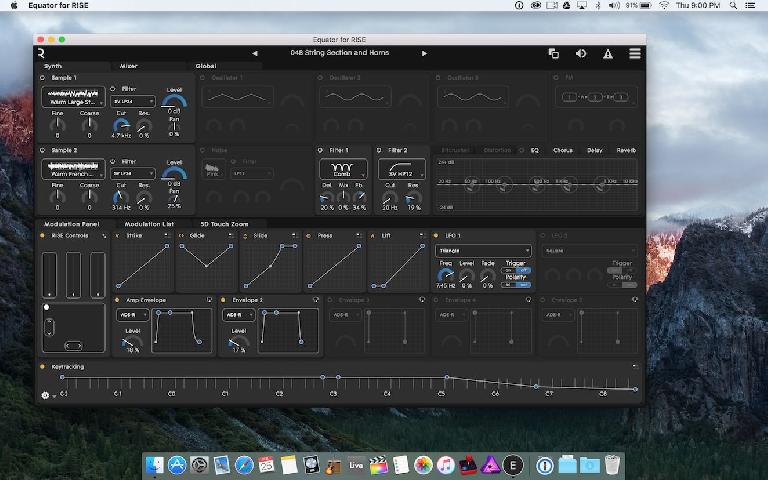 The Seabord is incredibly responsive to your physical touch; more so than just about any keyboard instrument available. This opens up a door that was previously closed to keyboardists, and that is the concept of an instrument responding to the physical and muscular tendencies of the player. To make a patch on Equator respond to the way you personally play the Seaboard, you’ll want to observe and alter the response curve. There are 5 curves that deal predominantly with the way you play the keyboard, and these are the Strike, Glide, Slide, Press, and Lift curves. 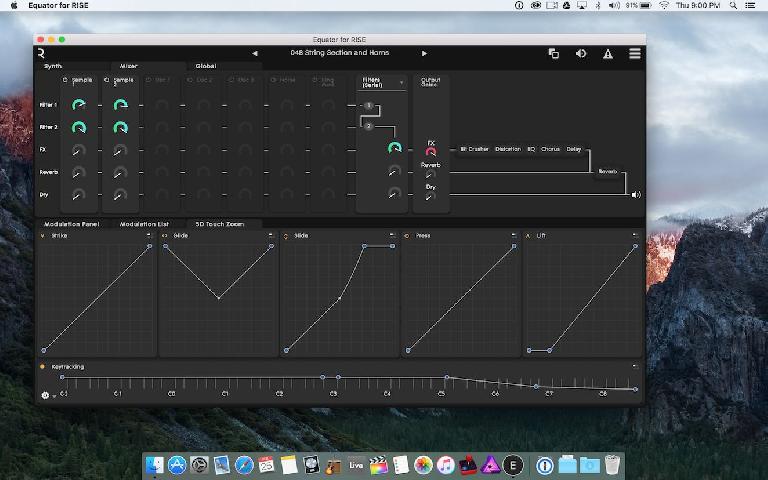 Play a few notes on the Seaboard and take a look at how those various curves respond. Hone in on a single one and make some adjustments. How fast do you generally slide? How hard do you tend to press? Do you even lift, bro? (I’m sorry, I couldn’t resist that one) Make some adjustments to the curves by clicking inside the corresponding graphs and you can get the Seaboard reacting to your own personal touch a little more.

At first you might think, there are only two primary sound sources, how important could the mixer page possibly be? I certainly assumed that for a while and it was a few days before I opened up the mixer tab in the upper left corner of the screen. I couldn’t have been more wrong, what an important page!

The mixer tab is where you can adjust how all the various modulator parameters actually affect your sound. How much of sample 1 should actually be fed to the filter? Should sample 2 be sent to the FX engine at all? Aside from the sampled sounds, there are also 3 synth oscillators that need to be routed and addressed. You can even send the noise source and the ring modulator to the effect and filter chains! Open up the mixer page, and if you’re unsure of where a particular dial is sending its sound, simply hover the mouse over that virtual knob and you’ll be treated to a ‘natural language’ explanation.

Modulation is at the heart of what makes the Seaboard special, so it makes sense that Roli would make adjusting the various parameters as transparent as possible. The modulation routing is incredibly intuitive.

First, click on what you would like to be a modulation source. Let’s start with something simple like ‘Press’, which is ‘how hard you press the Seaboard surface after you’ve played a note’. Click on the box itself (I find it safe to always click on the title area) and you’ll see the box highlighted in yellow. If you take a glance around the interface, you may see a few of the dials attain a yellow region to their range of motion. That represents controls that are already being modulated and effected by Press.

Go to a dial that you’d like to change with your finger pressure. I find it’s good to start with pitch the first time, it’s a simple thing to hear immediately. Remember to choose a dominant part of the sound (if you pick an oscillator that is very quiet or turned off you won’t hear anything!). I generally pick the loudest sample. Click on the dial itself and ‘turn it up’ a little bit. If you avoid clicking on the actual numerical value and click in the wheel itself, you’ll be able to adjust how much ‘yellow’ you see in the dial. The yellow portion represents how much your ‘Press’ will be adjusting that parameter. Again, it’s easiest to start with something very obvious like the ‘coarse’ dial of a sample which adjusts its pitch. 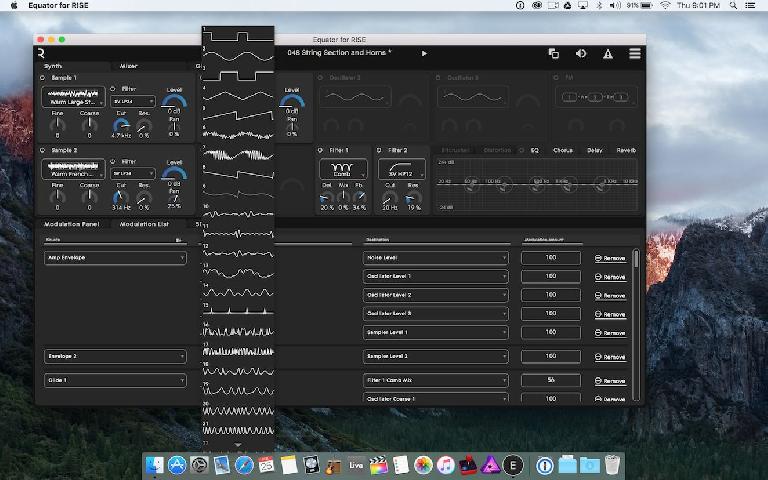 After making that adjustment, press a note and vary your pressure. You should hear the pitch fluctuating up and down as you alter how hard you press. Now you’re ready for some more subtle parameter adjustments—start modulating like a pro and you’ll get the most out of your Seaboard!