You heard it hear first ... Pittsburgh Modular today announces a new unit in their Lifeforms Series – a Percussion Sequencer Eurorack Drum Machine! For those of you that are big fans of Pittsburgh Modular (as I am) this new module plugs a big hole in their incredible line of Boutique Eurorack synths. While we’ve yet to get our hands on one, if the new Lifeforms module is anything like the ones already released in the series, it’s going to be an incredible addition to any Eurorack system. 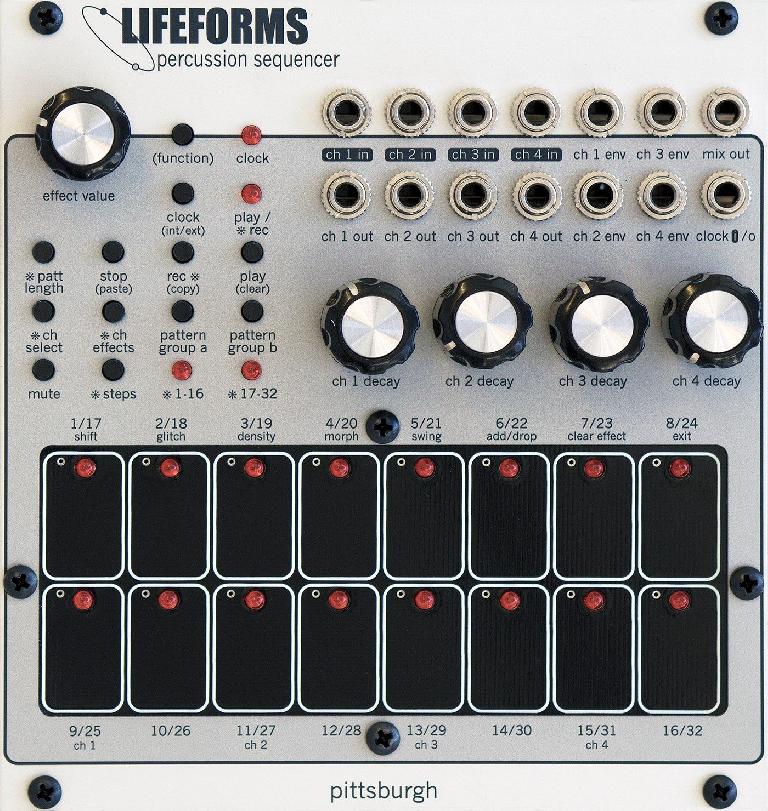 According to Pittsburgh Modular:

“The Pittsburgh Modular Lifeforms Percussion Sequencer is a seriously featured, 4 channel eurorack beat programmer with a classic drum machine style interface. The familiar interface allows for quick mastery of all the features leaving the focus on the music. Seamlessly move around the module tweaking patterns and effects without ever stopping the beat. Easily create new patterns using the live performance or step recording modes, then add one of the powerful pattern effects to each channel to take the sequence to a new level. Designed to integrate into any size eurorack system, simply patch 4 audio signals through the integrated high quality VCAs to create a set of unique percussion voices. Eurorack drum programming has come to life.”

With a suggested retail price of $349 USD, this new module hits at a price point that should make it a staple of any Eurorack setup. Stay tuned - Ask.Audio will be reviewing this unit as soon as we can get our hands on it!

If you love Pittsburgh Modular as much as we do, be sure to check out the Ask.Audio MasterClass by Pittsburgh Modular’s very own Perry Willig, available below. In this class, Perry goes over the Lifeforms Series, showing some cool tricks and insider tips along the way. Of particular note, at one point the entire Pittsburgh Modular staff make a cameo appearance! This is a great insider video, so check it out: 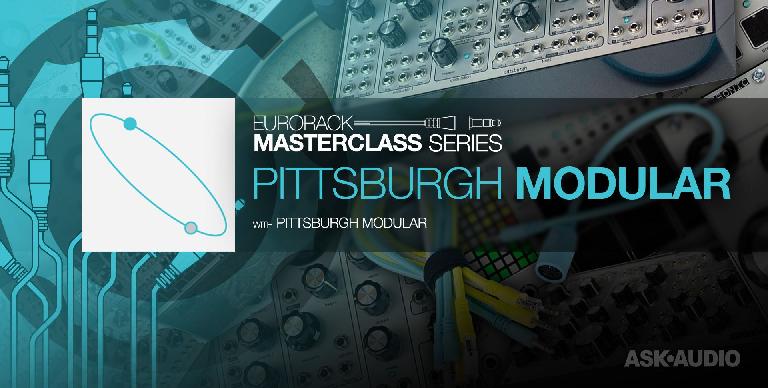 Martin Sitter
Martin Sitter is the Founder of NonLinear Educating Inc., and the CEO of macProVideo.com, AskVideo.com, and Ask.Audio. Martin started out as a DJ and Record Producer in the 90s. At the turn of this Century, Martin was recruited by Apple Computers to design and author their Official Software Training Curriculum for Logic, Soundtrack Pro, and DVD Studio Pro. Martin wrote the Original Apple Pro Training series books for the above topics. He's also a best-selling technical author of over a dozen books, spanning various topics in audio and video editing & design.
Related Videos
Comments (0)