All Articles News
SoftubeÂ ModularÂ Out Now
Rounik Sethi on Wed, June 15th 0 comments
Language
It's finally here. Softube's Modular is out and ready for download. We covered it in a video at Musikmesse (see below) and were very impressed by the demo. Here's all the details.

LINKÖPING, SWEDEN: high-end plug-in specialist Softube is proud to announce availability of Modular as of June 15...

Remember our in-depth video preview of Softube Modular from Musikmesse 2016? Here it is again so you can really watch Modular in action:

Modular — Eurorack For Everyone 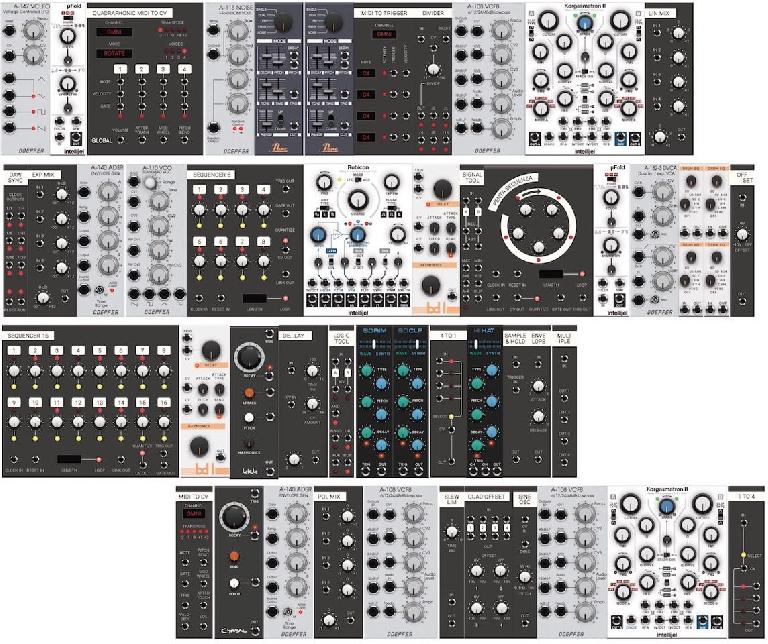 Yay! Eurorack for everyone... (in software) thanks to Softube Modular.

A Modular Synth For The Future

Softube’s award-winning modeling experts have combined their talents with the legendary Eurorack inventors at Doepfer and the top minds at powerhouses like Intellijel. With intricate measuring and circuit modeling, they’ve developed authentic emulations of original hardware that are as close to hardware as you can get.

Once you start customizing, you won’t want to stop — indulge your cool creativity, picking and choosing modules as you go, with new emulations from top hardware brands being released on a regular basis.

Expansive For Experts, Easy For Beginners

Both as an effect and as an instrument, Modular is simple to use, with a massive preset library and clever Utility modules. User- definable Performance modules collect the most important settings presented in a single patch. For the synth pro, Modular is completely compatible with existing hardware, infinitely expanding your creative possibilities.