A major OS update, recently unveiled for Studiologic's Numa Compact 2X, hosts a "Manager App" and stunning new Sound Library.  These updates multiply the abilities and enhance the sound of this versatile keyboard and midi controller and are available to Numa Compact 2X owners at no charge from Studiologic's website. 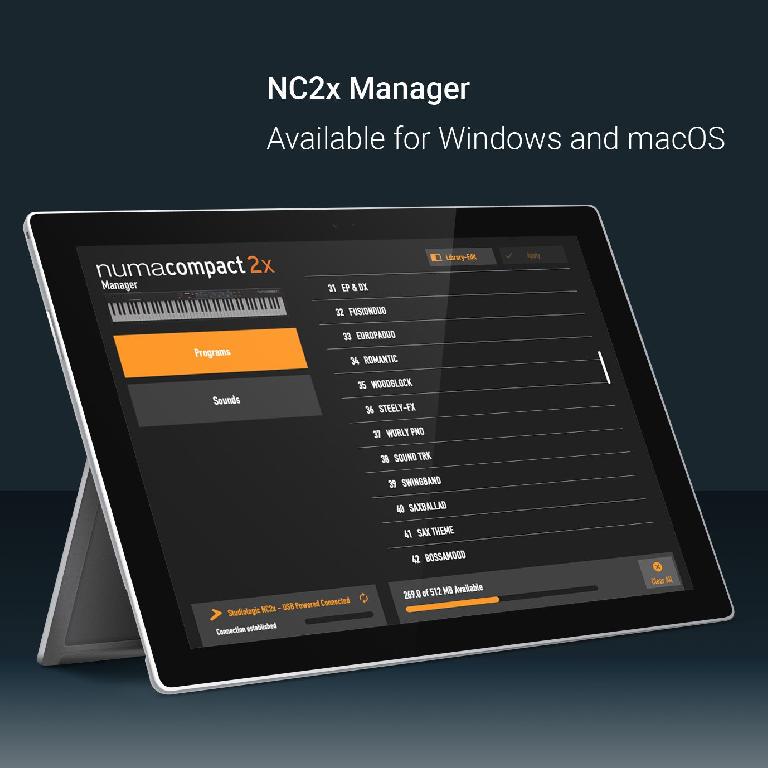 Available for Windows or Mac, the new Manager App manages the Numa Compact 2X’s presets list and loads sound samples from the keyboard’s new Sound Library into its full 1GB of memory. The updated OS Version 1.1 hosts the Manager App and adds new features. Setting Local OFF in OS 1.1 interrupts internal sound generation while maintaining all MIDI out capabilities increasing the compatibility with some computer applications. OS 1.1 also offers a Multi/Single USB MIDI out channel mode.